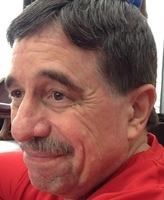 BORN
1949
DIED
2015
FUNERAL HOME
Neptune Society of Northern California - San Francisco
One Loraine Court
San Francisco, CA
John Bergez
Dec. 2, 1949 - March 30, 2015
Pacifica
John A. Bergez—book editor, teacher, mentor, storyteller—died of cancer March 30, 2015, in Pacifica. He was 65.
John was born Dec. 2, 1949, to Ray and Laurette Bergez in San Francisco. He spent most of his life in San Francisco and Pacifica. He also lived on the Monterey Peninsula, getting his publishing start at Brooks/Cole in 1976.
John had a long, varied career as a developmental editor in nonfiction. Known by many as an "author's editor," he excelled at getting the best work out of an author, whether the books were educational, scholarly, professional, or general trade. In addition to editing, John wrote a number of books for struggling readers in middle school and high school. One of John's favorite editing collaborations was with Randy Reinstedt, whose colorful stories of mysterious events on the Monterey Peninsula are known to many.
To combine his love of editing with that of mentoring and teaching, John designed and taught numerous editing courses for 30 years in the Bay Area and led workshops for organizations, companies, and academic programs. Reaching out to mentor once more, in 1998 John became a dedicated literacy tutor for the Pacifica public schools.
An unassuming, gentle, and wise man, John shared his enthusiasms freely, delighting and inspiring almost everyone he touched, whether the subject was baseball, philosophy, pedagogy, or poetry.
John is survived by his wife Jeanne Woodward, his daughter Cybele, his granddaughter Amelie, siblings Ray, Denise, Michael, and Ron, and stepchildren Chris, David, and Michaela Woodward. John was preceded in death by his parents and by his older brother, Paul.
The family requests that in lieu of flowers, contributions be made to the Wildlife Conservation Network's Elephant Crisis Fund or to the charity of your choice. A memorial celebration is pending.
Geoff White
415 771 0717
Published by Monterey Herald Obits on Apr. 12, 2015.
To plant trees in memory, please visit the Sympathy Store.
MEMORIAL EVENTS
To offer your sympathy during this difficult time, you can now have memorial trees planted in a National Forest in memory of your loved one.
Funeral services provided by:
Neptune Society of Northern California - San Francisco
MAKE A DONATION
Please consider a donation as requested by the family.
MEMORIES & CONDOLENCES
Sponsored by Monterey Herald.
7 Entries
I was fortunate to know John when we worked together at Brooks/Cole in the late 70s. He was a lovely human being, gentle, funny, brilliant, and strong, handling life's challenges with courage and grace and a laugh.
Sorry to hear he is gone.

Sally Schuman
Sally Schuman
June 21, 2016
I met John when he became my boss at Key Curriculum. What a wonderful man and wonderful editor. He was always generous with his time & knowledge, and he was completely unselfish about sharing opportunities. I learned so much from him, and I'm really going to miss him. My best to Jeanne and his family.
Greer Lleuad
September 24, 2015
When I was trying to break into copyediting about 15 years ago, I took a class from John Bergez. I have been copyediting ever since, and whenever I'd get an email from a promising author looking for a good editor, I'd send them to John, knowing I was doing them a great service. :)
Annie Belt
July 29, 2015
John was a generous mentor to me as I entered the editorial world here in the Bay Area. I met him through another great man, Dick Greenberg. Both men are deeply missed. My heartfelt condolences go out to Jeanne and the rest of John's family. Kate Engelberg
April 12, 2015
We have wonderful memories of John and his siblings in grammar school. John was very smart and sweet.
Lovingly,

The Mallia Sisters
April 11, 2015
I took several courses with John in the early '90s. He was a remarkable teacher and seemed like a wonderful person.

My sympathy to his family and friends.