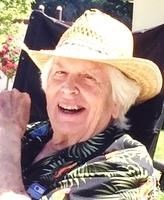 BORN
1941
DIED
2021
UPCOMING SERVICE
Celebration of Life
Dec, 12 2021
3:00p.m.
Chamisal Tennis Club
Send Flowers
Walter Conley
February 15, 1941 - October 29, 2021
Monterey
Walter "Walt" Leslie Conley, 80, of Monterey, CA lost his battle to Parkinson's on Friday, October 29, 2021 (his mother's birthday). He is survived by his wife, Marianne Conley; four children: Cathy (Bryan) Carley of North Plainfield, NJ, Leslie (Kevin) Even of Madison, WI, Caroline (Oscar) Estrada of O'Fallon, IL, Richard (Rebecca) Conley of Minneapolis, MN; ten grandchildren: Bryan, Grace, Christopher, Dillon, Alexis, Alexandra, Araceli, Arianna, Genevieve, Quinn; two stepchildren: David (Meredith) Mogensen and Robin (Matthew) Richardson; his two sisters, Linda Conley and Cecelia Johnson and four nieces and nephews. He was preceded in death by his parents, Richard and Mildred Conley, his former wife Martha Conley and a granddaughter, Brianna Estrada.
Walt was born on February 15, 1941, in Honolulu, Hawaii a few months before the events of Pearl Harbor catapulted the US into WWII while his dad watched it all unfold from their window. Walt graduated from Punahou School (high school) in Honolulu in 1959. and from Colorado State in 1964. He accepted a US Army Commission and served in Germany where he met and married Martha Ann Blask (Conley) who was a teacher for The Department of Defense Schools. Walt earned his pilot's license while in the military, and at that point, his lifelong passion became a reality.
Work and life events took the family from Seattle, WA to Springfield, IL, and Minneapolis, MN where they settled and raised their children. He had several careers including management consultant and owning his own business working as an executive recruiter.
In 1994, Walt married Marianne Mogensen (Conley). Walt and Marianne had been "sweethearts" at Punahou School in Honolulu before they went their separate ways, each to start families of their own, only to be happily reunited later in life to start a new chapter together. Walt purchased the first Cirrus plane off the production line and ventured into sales for Cirrus to combine his passion for flying with work.
Walt and Marianne flew all over the country in the small plane finally settling in the Salinas/Monterey area where they enjoyed the weather, golf, tennis, travel, and each other. There's a segment on 60 minutes in archives about Walt and his plane. Walt also served as a volunteer pilot offering his plane and flight skills for Angel Flight West, an organization that provides free flights to those experiencing difficult life circumstances.
Walt loved a good joke, body surfing the waves, playing the "Wizard" and donning Hawaiian shirts. He was also an excellent bridge player and enjoyed a variety of other card games. He loved the Minnesota Vikings, teasing the younger generation, drinking Diet Cokes, eating Double Stuf Oreos, and "stale" popcorn.
A celebration of life will be held Sunday, December 12, 2021, 3:00, at Chamisal Tennis Club, Robley Road, Salinas.
Memorials may be made to the Parkinson's Foundation or Angel Flight West.