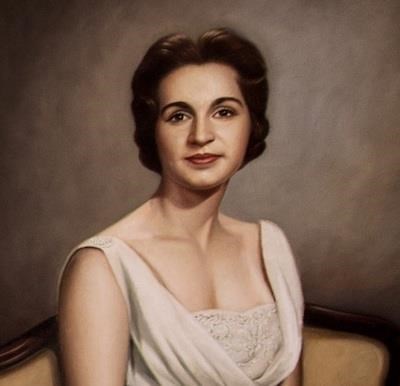 Montgomery - Philanthropist Elizabeth Burford Crump passed away peacefully June 15, 2021 as a result of injuries sustained in a recent fire at her lifelong family home in Montgomery.

She graduated from Lanier High School in the class of 1955, and she took great delight in hosting class reunions at her home. She was a graduate of the University of Alabama, where she was a member of Alpha Gamma Delta sorority. While there she nurtured her great love for theater.

Elizabeth began her career as a bookkeeper and later worked for many years at Dixie Electric Company, which was founded by her grandfather and grew under the leadership of her father.

Elizabeth was a remarkable person, a character worthy of being the protagonist of a great Southern novel. All who knew her will remember her kind and generous heart, sharp mind, determined spirit, infectious laugh, and spontaneous sense of humor. She loved interacting with people and was in her prime when telling stories. She was a driving force at the Montgomery Little Theater, where she provided leadership and produced and directed a multitude of plays through the years. She particularly enjoyed directing the annual summer musical, where she loved the opportunity to mentor so many children and youth and was much adored by them.

She was a leader and organizer of the Cloverdale Playhouse, which houses The Elizabeth Crump Theatre, so named for her many years of avid support of community theatre. She also strongly supported the University of Alabama School of Arts and Sciences and its theatre department, as well as multiple arts organizations in Montgomery. In 2017 she was awarded the Arts Leadership Award by the Montgomery Business Committee for the Arts.

Elizabeth was a supporter of countless community charities, including MACOA, which honored her as Senior of Achievement in 2014. She also served on the board of the Jackson Hospital Foundation.

The Reverend John P. Leach will conduct a service in celebration of her life at 11:00 a.m. on Tuesday June 22nd at St. John's Episcopal Church. Visitation with the family will be in the church Parish Hall beginning at 9:45 a.m.

In lieu of flowers, memorial contributions may be made to the Cloverdale Playhouse, MACOA, St. John's Episcopal Church or to the charity of your choice.