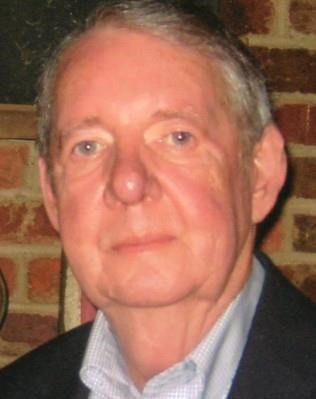 Montgomery - Walter Sanderson Turner, 79, entered God's nearer presence on Monday, February 26, 2018,after an extended illness. Walter was born on February 7, 1939 to Hazel Sanderson and Charles John Turner. A life-long resident of Montgomery, he graduated from Sidney Lanier High School in 1957. He then attended the University of Alabama graduating with a Bachelor of Arts in English before completing his Juris Doctor at the University of Alabama School of Law in 1964. As a law student Walter watched Gov. George Wallace's stand in the schoolhouse door from the back second-story windows of Farrah Hall and recognized the act as an unconstitutional political stunt. At the University of Alabama School of law, Walter served as student assistant to Dean Lee Harrison for all three years and was a member of the Law Review and Bench and Bar Honor Society. He was also a member of Phi Alpha Delta Legal Fraternity, Sigma Sigma Sigma Honorary and a reporter for The Crimson White.

Walter dedicated his life to public service. After law school he clerked for the Hon. Frank M.Johnson, Jr., United States District Judge for the Middle District of Alabama. It was during this time that the Rev. Martin Luther King, Jr. sought the permission of the Court to march from Selma to Montgomery. Judge Johnson made it clear to Walter that he would not allow the march unless the United States Justice Department would guarantee the safety of the marchers. Walter then communicated this to his contact at the Justice Department. Based on

After leaving Judge Johnson's office Walter joined the staff of the Alabama Attorney General under Richmond Flowers. He would go on to serve nine Attorneys General as Chief Assistant Attorney General, Chief of the Civil Division and as the first Chief Administrative Law Judge. He loved the office, and never more so as when his former roommate, Bill Baxley, was elected Attorney General in 1970. Walter received the Alabama State Bar Commissioners Award in 2009 and was honored by the Montgomery County Bar Association for 50 years of service in 2015.

Walter married Betty Dent Turner in 1966. At the time of his death they had been married more than 51 years. Together they raised their four children: Christopher Matthew Turner, Caroline Turner Taylor (George L. 'Pete' Taylor, Sr.), John Mark Turner (Morgan LemlyTurner)and William Andrew Turner. Will preceded his father in death in 2017.

Walter and Betty have three grandchildren: George L. 'Pete' Taylor, Jr., Helen Wallace Taylor and Walter Turner Taylor. Walter loved his grandchildren very much, and enjoyed picking them up from school, attending their athletic competitions, school plays and taking them to Chris' Hot Dogs. They in turn brought great joy to his life.

Walter is also survived by his sister Caroline Turner Barker (James) and his brothers Ralph Michael Tuner (Susan)and Richard ShannonTurner as well as a host of loved nieces and nephews. He was preceded in death by his parents Hazel Sanderson and Charles John Turner and his brother Charles John Turner, Jr.Other than his family, Walter was passionate about his Church and parish. He was an active member of the Church of the Ascension (Episcopal) for more than 50 years. He served as Senior Warden of the Vestry on three separate occasions, and helped rebuild the Ascension after the devastating fire in 1984. Walter also served on the Standing Committee of the Episcopal Diocese of Alabama, the Diocesan Council, and was the first president of the Alabama Cursillo Secretariat. Walter was also a graduate of the Education for Ministry program through the University of the South (Sewanee).

A Celebration of Life and Committal to the memorial garden will be held at the Church of the Ascension, 315 Clanton Avenue in Montgomery on March 2, 2018 at 11:00 in the morning. The Rev. Rosa Lindahl will officiate, the Rev. John C. Coleman will preach and the Rev.Carl C. Bright will make the Commendation and committal. The family will receive friends following the Committal at the home of Caroline and Pete Taylor, 3338 Southview Avenue.

Recognizing that "All of us go down to dust; yet even at the grave we make our song: Alleluia,Alleluia, Alleluia," the family requests that in lieu of flowers any memorials be made to the music program at the Church of the Ascension,315 Clanton Avenue, Montgomery, Alabama 36104.

Published by Montgomery Advertiser on Mar. 1, 2018.
To plant trees in memory, please visit the Sympathy Store.
MEMORIAL EVENTS
Mar
2
Celebration of Life
11:00a.m.
Church of the Ascension
315 Clanton Avenue, Montgomery, AL
Funeral services provided by:
Leak Memory Chapel
MAKE A DONATION
MEMORIES & CONDOLENCES
Sponsored by Leak Memory Chapel.
6 Entries
Walter was a very kind, thoughtful friend, who was an excellent student and great role model for entering law students. He was a true professional in every sense of the word.
Tom Lloyd
Friend
February 21, 2019
When I was a law student at the University of Alabama, I had the pleasure of knowing Walter as a friend. He was a very diligent, kind and honorable young man who was always very helpful and had a dry sense of humor. He was also a wonderful role model for us who were starting our journey in the law profession. When I found it necessary to leave school to reassess my career plans and bid him farewell, he was understanding and encouraged me to explore my options. While that was my last time to see him, I am grateful that I had the opportunity know him. I extend my condolences to his wife and family and admire him for a life well lived.

Tom Lloyd
Birmingham, AL
August 3, 2018
I met Walter around 2008 when he presided over several administrative cases that I tried. As a young lawyer I found his legal insight to be perceptive, his demeanor genteel, and his sense of justice soundly rooted. I was lucky to learn from him. He was a good man and kind, and I will miss him.
James Ward
March 1, 2018
Offering my deepest condolences to the family during this difficult time.
Please be comforted by the expressions given at Isaiah 61: 1, 2.
LA
March 1, 2018
May your hearts soon be filled with wonderful memories of joyful times together as you celebrate a life well lived.
Eddie Hardaway
March 1, 2018
For me, the world is a lonelier place with Walter's passing. During all of the 59 years of our friendship, his voice was always one of kindness, humor, wit, and wisdom. Walter had an indelible soul, and his wonderful wife and family, as well as his many friends, will miss him mightily, but they will never forget him.
Sammy Davenport
February 28, 2018
Showing 1 - 6 of 6 results