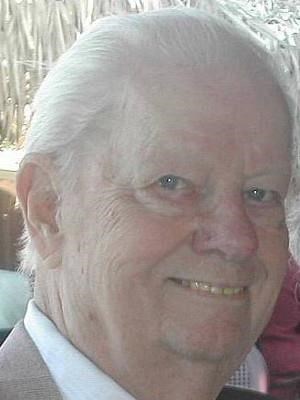 BORN
1923
DIED
2016
FUNERAL HOME
Shaeff-Myers Funeral Home Inc
145 Tennis Ave
Ambler, PA 19002
Charles Merrill Corwin, Jr., of Hatboro, Pa., formerly of Doylestown and Maple Glen, a retired paving company treasurer, died May 17, 2016. He was 93. He was happily married for 60 years to Jean Hice Corwin and had two children, Jan Corwin Enger (Ray) of Horsham, Pa., and David M. Corwin (Elaine) of Collegeville, Pa., and one grandson, Eric Charles. Born January 1, 1923, in West Philadelphia, he was the son of the late Charles M. Corwin, Sr., and Kathryn Amanda Mitchell. The family moved to Glenside in 1924 and Mr. Corwin was graduated from Abington High School with the class of January 1940. While in high school, he was a percussionist in the marching and concert bands. He later attended Peirce Business School and the American Institute of Banking for bookkeeping, accounting, and commercial law. He worked for the UGI Corp. in Philadelphia before enlisting in the Army in 1943. He served in the Army’s finance office in Dutch Harbor, Alaska, until his honorable discharge in November 1945, as a Tec 4th Class (Sgt). After the military, he worked for several area companies, including the Philadelphia Electric Co., Pennsylvania Company Bank, and American Oil Co. He was credit manager and assistant treasurer of Highway Materials, Inc., of King of Prussia, Pa., from 1961 to 1985 and treasurer from 1985 until his retirement on Dec. 31, 1986. While at Highway Materials, he founded the Suburban Credit Association, and served as its chairman until 1982. He was a member of the National Association of Credit Management, the Credit Management Association of the Delaware Valley, and a speaker for the National Association of Accountants (Valley Forge Chapter), among others. He was a member of Glenside United Methodist Church and later Jarrettown United Methodist Church. In 1975-76, he served on the Upper Dublin Township Bicentennial Committee. He served as vice president of the Abington High School Alumni Association from 1979-81 and president from 1981-85. He also coordinated the association’s 50 Plus Club luncheon for more than 10 years. Mr. Corwin was an avid golfer and member of Old York Road Country Club in Ambler, Pa., from 1974-95, serving on the board and as property chairman and finance chairman. He enjoyed photography, HO model railroading, telling jokes, and collecting music of the Big Band era, particularly Benny Goodman records. Friends may call from 10-11 a.m. Friday, May 20, at Shaeff-Myers Funeral Home, 145 Tennis Ave., Ambler; the service will be at 11 a.m. at the funeral home, followed by interment at Jarrettown United Methodist Church Cemetery. Arrangements by Shaeff-Myers Funeral Home
To plant trees in memory, please visit our Sympathy Store.
Published by Montgomery Newspapers from May 18 to May 22, 2016.
MEMORIAL EVENTS
May
20
Calling hours
10:00a.m. - 11:00a.m.
Shaeff-Myers Funeral Home Inc
145 Tennis Ave, Ambler, PA 19002
May
20
Service
11:00a.m.
Shaeff-Myers Funeral Home Inc
145 Tennis Ave, Ambler, PA 19002
May
20
Interment
Jarrettown United Methodist Church Cemetery
Funeral services provided by:
Shaeff-Myers Funeral Home Inc
MEMORIES & CONDOLENCES
Sponsored by Family.
0 Entries
Be the first to post a memory or condolences.