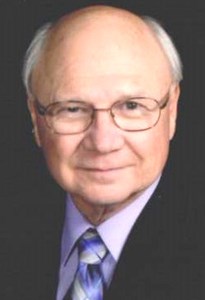 He was born April 17, 1946, in Mooresville, to the late Clement Eldred "Wig" Pless Sr. and Pinke Greene Pless. In 1961, he was a member of the Mooresville High School state football championship team. He attended Carolina Military Academy from 1962-1963 and in 1964, graduated from Mooresville High School. Chuck was a veteran who served in the U.S. Army Security Agency. He then graduated from Western Carolina University in 1974. After college, he worked at Clement E. Pless Insurance, which later became Pless-Haire Insurance in Mooresville. Chuck was a life-long member of St. Mark's Lutheran Church in Mooresville, where he was on the Council, the property and finance committees, and was a member of the Adult 2 Sunday school class. He loved genealogy, farming, and vacations at Lake Junaluska. He was a very generous man and enjoyed helping others.

In addition to his parents, he was preceded in death by a son, Christopher Eric Pless.

A graveside service will be held at 2 p.m., Sunday, Nov. 1, at Glenwood Memorial Park with the Rev. Dave Keck officiating.

Published by Mooresville Tribune on Nov. 1, 2020.
MEMORIAL EVENTS
Nov
1
Graveside service
2:00p.m.
Glenwood Memorial Park
Funeral services provided by:
Cavin-Cook Funeral Home
GUEST BOOK
1 Entry
Your family was a fine example to all who knew you. Wig was so good man and his kids followed their dad´s example. I remember Chuck from my little hood growing up in Mooresville as well as Chick. Sorry for your you loss. (Funny)
William Lee
November 1, 2020