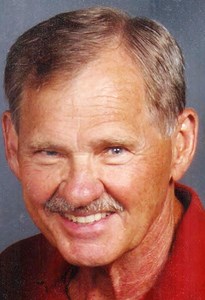 Gerald "Jerry" Reott, 83, of Bermuda Run, died surrounded by his family, after succumbing to a systemic infection.

He was the youngest child of Ed and Helen Reott. Jerry was preceded in death by his parents; son, Andy Reott; two sisters, Betty and Jean, and two brothers, Don and Tom, his fraternal twin.

Jerry worked his way through college and graduated with a Bachelor of Science in Chemistry from Kent State University in 1962. He was the first member of his family to graduate college.

During his studies, he met and married the love of his life, Gail, at Union Carbide in Cleveland, Ohio where he was a lab assistant, and she was a secretary.

In 1968, Jerry joined the Curon Division of Reeves Brothers, which produced polyurethane foam in Cornelius, as Technical Manager. He was promoted to Vice President in 1975. Later Jerry worked for Foamex, Guilford Mills, and Collins & Aikman.

He was granted a U.S. Patent in 1989 for inventing a crease resistant laminate assembly for automobile upholstery.

Jerry was a goodhearted wisecracker, who had a ready smile and a friendly laugh. He enjoyed making (and eating!) desserts including the Reott family Christmas cookies (recipes passed down from his parents) and bunny cakes with his grandchildren at Easter. He was a great dancer, ardent whistler, and music lover. He sang in the Sunrise and Joyful Notes Choirs at Williamson's Chapel United Methodist Church where he was a member.

He and Gail lived on Lake Norman in Mooresville for 51 years, where Jerry loved to garden and take care of his yard. They appreciated the creative arts and attended numerous musical and theater performances. Jerry was an avid camper, skier, golfer, and sailor.

A celebration of his life will be held at Williamson's Chapel United Methodist Church Friday, July 30, at 1 p.m. Immediately following the service, the family will receive friends until 5 p.m., at the Heritage House event center at Cavin-Cook Funeral Home.

In lieu of flowers, memorials can be made to the Hospice & Palliative Care of Iredell County; or a charity of your choice.

The family would like to offer a special thanks to the staff of Trellis Supportive Care and caregivers, Regina, Geneva, Dominque, Sheila, Peaches, and Cassandra, for their loving care of Jerry.