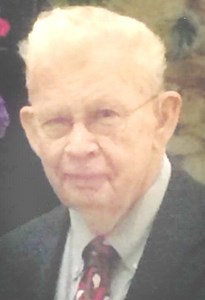 Robert "Bob" William Beuley, of Mooresville, went to the Lord in the early morning hours of Wednesday, June 23, 2021. He passed away quietly of apparent heart failure, in his bed, next to his beloved wife of 59 years, Barbara Beuley.

Bob was born in Steubenville, Ohio, June 17, 1939, to Charles Joseph Beuley and Anna Lucille Geary. The family soon moved to Pittsburgh, Pa., for work in the growing industries there. Bob used to joke that at the age of five he battled all of America's enemies from the basement of his parents' row house in East Pittsburgh. He graduated high school and enrolled in Duquesne University, graduating with a degree in Accounting in 1961.

Bob then enlisted in the U.S. Army in that same year. He served for a year of active duty and six years in the Army Reserves prior to his honorable discharge in April 1968. During his time in the reserves, Bob joined the U.S. Army Audit Agency, quickly moving up the ranks and being recognized frequently for his exemplary work. Also, during his tenure at Army Audit, he received an M.B.A. at Shippensburg State College. Soon thereafter Bob became a Certified Public Accountant, a Certified Fraud Examiner, and a Certified Internal Auditor.

Bob continued working within the government with increasing responsibilities in the Department of Treasury and the Department of Interior, finally culminating in his appointment by President Reagan as the Inspector General of the Department of Agriculture, a position from which he retired December 1988. Bob continued to consult, but he dedicated his considerable energy and determination to those he most loved: his wife, Barbara, children, grandchildren, siblings, and friends.

Bob married his high school sweetheart, Barbara J. Beuley, July 7, 1962. They had a beautiful life and loving relationship since that day to his last day. They traveled together, raised three children, losing their youngest son, Matt to cancer in 2004, but through it all they responded with love and compassion to all those around them. After his loss, Bob helped other parents deal with the trauma of losing a child. Through all of life's hardships, he never lost his sense of humor and was very proud of his children and grandchildren.

Bob was also proud of his Irish heritage and his daughter, Beth Paulett arranged for a 23&Me DNA Test, which determined he was 99% Irish and 1% unknown. He said the 1% was BS and that he was officially 100% Irish.

He deeply loved his brother Chuck Beuley and his sister Mary Grace Gregovits and enjoyed watching his beloved Pittsburgh Steelers with his oldest son, Ken and his brother, Chuck.

He had a deep faith in God and in the goodness of people, an abiding love for his wife, and the utmost respect for the United States of America. He passed this on to his children and grandchildren and many others that he touched.

We could think of no better passage in the Bible to send off our beloved husband, father, grandfather and friend than this from the second Letter of Timothy: "For I am already being poured out like a libation and the time of my departure is at hand. I have competed well; I have finished the race; I have kept the faith. From now on the crown of righteousness awaits me."

In lieu of flowers, the family asks for donations to the SWAT Team of St. Therese Catholic Church.

Published by Mooresville Tribune on Jun. 27, 2021.
To plant trees in memory, please visit the Sympathy Store.
MEMORIAL EVENTS
Jun
28
Memorial service
11:00a.m. - 12:00p.m.
St. Therese Catholic Church
217 Brawley School Road, Mooresville, NC
Funeral services provided by:
Cavin-Cook Funeral Home & Crematory
MAKE A DONATION
MEMORIES & CONDOLENCES
Sponsored by Cavin-Cook Funeral Home & Crematory.
1 Entry
Barbara and family, my heart goes out to you during this difficult time at losing Bob. I just wish I were there to give you a hug. I have some wonderful and fond memories of you two at our sorority socials. Bob was truly extraordinary and fun. May God wrap his loving arms around you and give you comfort and Peace as you, family and friends, near and far, but together, grieve.
Janet K Lewis
Friend
June 26, 2021
Showing 1 - 1 of 1 results