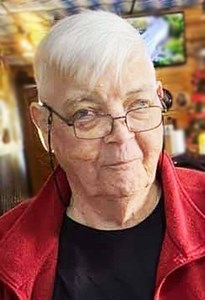 Robert John Blaney, 74, of Statesville, and formerly of Marblehead, Mass., passed away peacefully Tuesday, July 27, 2021, at the Gordon Hospice House, surrounded by his daughters.

Robert had many loves in life that included his family, gaming, military, and his Dodge Charger.

He was a graduate of Marblehead High School, class of 1964. He proudly served in the U.S. Navy as an E-4 Aviation Machinist's Mate during the Vietnam War. He then became a journeyman Electrician. He went to become an Electrical Engineer with Osram Sylvania where he spent 30 years of employment upon his retirement.

Robert was preceded in death by his parents, John Florence Blaney and Isabelle Margaret Canavan-Blaney both of Waterboro, Maine; and his wife of 52 years Cynthia Ann Blaney of Mooresville.

Services will be private, at the discretion of the family.

Published by Mooresville Tribune on Aug. 1, 2021.
To plant trees in memory, please visit our Sympathy Store.
MEMORIAL EVENTS
To offer your sympathy during this difficult time, you can now have memorial trees planted in a National Forest in memory of your loved one.
Funeral services provided by:
Cavin-Cook Funeral Home & Crematory
MAKE A DONATION
MEMORIES & CONDOLENCES
Sponsored by Cavin-Cook Funeral Home & Crematory.
0 Entries
Be the first to post a memory or condolences.