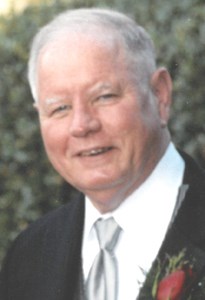 A memorial service was scheduled for 4 p.m., Saturday, June 19, at First United Methodist Church in China Grove, with the Rev. Curtis Goforth officiating. The family planned to receive friends from 2:30 to 3:45 p.m., at the church.

Mr. Clodfelter was born Dec. 4, 1941, in Iredell County. He was a son of the late Perry Thomas Clodfelter and Sue Propst Clodfelter.

He graduated from Appalachian State University and was in the Air National Guard. In 1970, he began working for Rowan Cabarrus Community College and would retire in 2004 as the dean of Business Technology. Afterwards, he became an adjunct professor and taught his last class in 2014. He was a member of First United Methodist Church in China Grove and taught the Williams Sunday School class for many years and was also a member of the Eureka Lodge #283 A.F. & A.M. in China Grove. When his sons were growing up, Vernon stayed involved in their lives through coaching baseball, basketball, football in Little League and Gray-Y and also when they were at China Grove Junior High School. Vernon was rightfully an avid Tar Heels fan and enjoyed traveling to home and away games.

In addition to his parents, he was preceded in death by two brothers, Howard L. Clodfelter and Roger F. Clodfelter.

He is survived by his wife of 54 years, Harriet Propst Clodfelter; two sons, Chad Clodfelter and wife, Alicia, of Mooresville and Tony Clodfelter of Kannapolis.

www.ladysfuneralhome.com
Published by Mooresville Tribune on Jun. 20, 2021.
To plant trees in memory, please visit our Sympathy Store.
MEMORIAL EVENTS
Jun
19
Service
2:30p.m. - 3:45p.m.
First United Methodist Church
110 W Church St, China Grove, NC
Jun
19
Memorial service
4:00p.m.
First United Methodist Church
110 W Church St, China Grove, NC
Funeral services provided by:
Lady's Funeral Home
MAKE A DONATION
MEMORIES & CONDOLENCES
Sponsored by Lady's Funeral Home.
3 Entries
I'm sorry to hear of Mr. Clodfelter passing away. He was my Professor at RCCC. (Computer Programming courses) He was a wonderful Instructor. He made our classes so interesting and fun. My condolences to his family.
Donna F Smith
School
June 27, 2021
We want to wish the family our sincere sympathy and our thoughts and prayers will be with you.
Susan and John Roberts
Family
June 18, 2021
Harriett & family, I am so very sorry about your loss! You are in my thoughts & prayers!
Love,
Susan & Terry Beeker
Susan Beeker
Friend
June 17, 2021
Showing 1 - 3 of 3 results