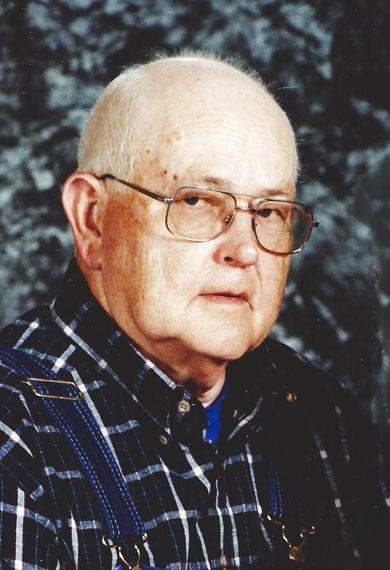 He served as Eldest Deacon at "Bowie Baptist Church of Arizona"

Arnold was best known as the owner and storekeeper of Walker's Country Store on Wilson Creek. Over 20 years his store served as a local landmark and sometimes satellite base camp for Fire & Rescue. The store was considered a historical museum of sorts, many stories were told by Mr. Walker to willing listeners. Generally he was considered to be a local historian; those detailed stories had one movie producer seek him out featuring Mr. Walker in his documentary of "The Brown Mtn Lights". He loved the rich history of the ole Mortimer Cotton Mill and Train, he even had a picture of the train before the 100 year flood washed it out.

Both Arnold and wife are "honored" as instrumental founding members of the Wilson Creek Visitors Center. Their efforts were a labor of love, a gift back to Wilson Creek, a place they both love so much.

The family will receive friends from 9:30am until 11am, Saturday, July 24, 2021 at Sossoman Funeral Home. The funeral will be at 11am in the Colonial Chapel of the funeral home. Burial will follow at Burke Memorial Park.

www.sossomanfh.com
To plant trees in memory, please visit our Sympathy Store.
Published by The News Herald on Jul. 21, 2021.
MEMORIAL EVENTS
Jul
24
Visitation
9:30a.m. - 11:00a.m.
Sossoman Funeral Home
1011 South Sterling Street, Morganton, NC
Jul
24
Funeral
11:00a.m.
Sossoman Funeral Home
1011 South Sterling Street, Morganton, NC
Funeral services provided by:
Sossoman Funeral Home
MAKE A DONATION
MEMORIES & CONDOLENCES
Sponsored by Sossoman Funeral Home.
1 Entry
I remember stopping my Walker Store on our trips to Edgemont with our kids. We have such great memories of how kind Arnold was, and how we enjoyed talking with him and Tommie Sue! I remember on one stop, Arnold proudly showing us a cooler with some snakes that he had caught.
Susan & John Myer
Friend
July 23, 2021
Showing 1 - 1 of 1 results