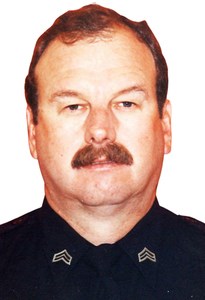 Born in Burke County, Oct. 9, 1946, he was the son of the late Arthur Butler Causby and Helen Mull Causby. He was a member of First Baptist Church in Glen Alpine and was a member of Catawba Valley Masonic Lodge #217. Gary was a veteran of the U.S. Army, and worked at Shadowline as a sewing machine fixer. He worked with Morganton Public Safety from 1974 until 2000 as a fireman and police officer. After his retirement, Gary enjoyed antiques, going to flea markets, hunting, and fishing.

In addition to his parents, Gary was preceded in death by a brother, Ned Butler Causby.

The family will receive friends from 5 to 7 p.m., Friday, Sept. 24, at Sossoman Funeral Home. Due to the ongoing health crisis, the funeral and burial will be private.

Memorial contributions may be made to Morganton Public Safety or to Pancreatic Cancer Research.

Published by The News Herald on Sep. 21, 2021.
To plant trees in memory, please visit the Sympathy Store.
MEMORIAL EVENTS
Sep
24
Visitation
5:00p.m. - 7:00p.m.
Sossoman Funeral Home
1011 South Sterling Street, Morganton, NC
Funeral services provided by:
Sossoman Funeral Home
MAKE A DONATION
MEMORIES & CONDOLENCES
Sponsored by Sossoman Funeral Home.
4 Entries
Gone to soon. Many fun times with Tiny Moe. Prayers for Kelly, Janet, Pam and the rest of the family.
Sharon Ferree Harben
Friend
September 23, 2021
Fellow classmate from GAHS, class of '65. May you live forever in the hearts of your loved ones.
Leland Sisk
School
September 22, 2021
My deepest sympathy to the family for the passing of a truly fine man and great officer. He was one of the very best and will be truly missed!
C Gary Triggs
September 21, 2021
A friend since we were children, boy scouts,school mates. Moe was always one of most friendly people you ever meet. I will miss a life long friend.
Reid & Pat Scott
September 21, 2021
Showing 1 - 4 of 4 results