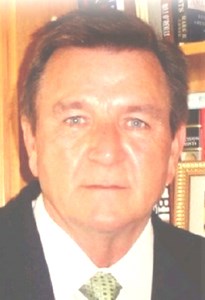 Scott Setzer was an indomitable force in the aviation insurance industry. He began his career in the early 1990s, as an Aviation Insurance Underwriter for Associated Aviation Underwriters (now Global Aerospace) in Dallas, Texas. After being transferred to San Francisco for a short period, Scott was then promoted to Atlanta as the Assistant Branch Manager for Global Aerospace. In 2006, Scott accepted a position with AIG Aviation as the Special Risk Manager and then just a year later, was promoted to vice president and assumed command of the AIG Aviation Atlanta Branch. In this role, he built a sizable and profitable aviation insurance portfolio worth over $25,000,000.

In 2014, Scott answered the call from Berkley Aviation (a W.R. Berkley Company) to assist in the opening of Berkley Aviation's Atlanta office. As vice president, he was the Southwest Territory regional manager and found himself routinely traveling back to Texas on business trips, where he began his aviation insurance journey well over 25 years before. Unfortunately, Berkley Aviation elected to exit the aviation insurance market in 2018 and released all their employees. Recognizing his immense talents and knowledge of the aviation market, Allianz Global Corporate & Specialty quickly hired Scott to be a part of their Atlanta aviation underwriting team. After nearly 30 years in the industry, Scott ended his aviation insurance career with Allianz in 2020.

Scott set himself apart in the industry with his deep and intricate knowledge of insurance contracts and coupled with his strong understanding of general and corporate aviation, he could tailor an aviation insurance policy to the exact needs of any aircraft operator. Scott was an avid aviator, amassing thousands of flight hours over the years as he traveled to meet with aviation insurance brokers and aircraft operators from all over the country. It was his passion and love of flying that helped him excel in the industry.

Scott demanded excellence in all aspects of his life and would generously mentor younger professionals entering the industry as his way of giving back to an industry that treated him so well. As a consummate professional, Scott's impact on the aviation insurance industry will last for years to come. Scott will be sorely missed; for those of us who had the privilege of working for and with Scott all these many years, we can all attest that a compliment or praise from Scott Setzer was more than a nod to a "job well done," but rather an acknowledgment of accomplishment from a Master Craftsman in the industry.

Scott's biggest achievement in life was loving and providing for his family and he achieved that beyond measure! He enjoyed flying, motorcycles, anything outdoors and traveling.

A Special thanks to Crystal Connell HRN and Hospice of the Ozarks nurses and staff for their special care. Also to mention Cris Parsons and Scott Langevin for the eulogy of Scotts work.

Published by The News Herald on Jun. 29, 2021.
To plant trees in memory, please visit the Sympathy Store.
MEMORIAL EVENTS
To offer your sympathy during this difficult time, you can now have memorial trees planted in a National Forest in memory of your loved one.
Funeral services provided by:
Roller-Burns Funeral Home
MAKE A DONATION
MEMORIES & CONDOLENCES
Sponsored by Roller-Burns Funeral Home.
5 Entries
I joined the aviation insurance community right after college, when Scott was in a managerial position at AIG. The statements on mentorship ring true, as I quickly gravitated to him advice as I entered the industry. Furthermore I feel lucky to have called him a friend outside of the office. I know countless others can share the same sentiment, a testament to Scott's perpetual positive impact on others. My condolences and thoughts to Scott's family.
Ryan Cranford
Work
July 19, 2021
The entire Setzer family holds a special place in my heart. My prayers are with all his family and loved ones.
Cathy Stallings
July 1, 2021
I am an aviation insurance broker and worked with Scott a number of years in the aviation insurance business. I enjoyed his sense of humor and we developed a great relationship. He was a good man! I am sorry for your loss.
Shannon Hope
Work
June 30, 2021
So sorry to hear this praying for you Tracy and and the Setzer family. Butch
Patrick Mcgalliard
Friend
June 30, 2021
My deepest sympathy to Scott´s family. I knew Scott, his brothers, and his sister growing up next door to his grandparents Treadway. I'm glad he had a good life.
Cherie Abee Mabrey
School
June 29, 2021
Showing 1 - 5 of 5 results