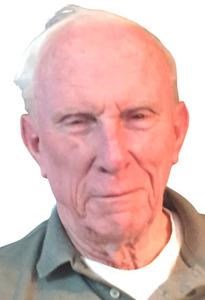 Born in Bertie County, June 15, 1943, he was the son of the late John N. Bryan Jr. and Martha Josey Bryan. Johnny was a U.S. Air Force veteran of the Vietnam War. After 43 years of service, he retired from the Farm Services Agency, U.S.D.A. He was raised in the Methodist faith. Johnny enjoyed traveling and spending time with his family.

In addition to his parents, Johnny was preceded in death by a sister, Ann Brewer Blake.

The family will receive friends from 2 to 3 p.m., Monday, July 12, at Sossoman Funeral Home and Crematory Center. A private cryptside service will be held at Burke Memorial Park Mausoleum.

To plant trees in memory, please visit our Sympathy Store.
Published by The News Herald on Jul. 11, 2021.
MEMORIAL EVENTS
Jul
12
Visitation
2:00p.m. - 3:00p.m.
Sossoman Funeral Home
1011 South Sterling Street, Morganton, NC
Funeral services provided by:
Sossoman Funeral Home
MAKE A DONATION
MEMORIES & CONDOLENCES
Sponsored by Sossoman Funeral Home.
1 Entry
Just wanted to tell you how sorry I was to hear that Johnny had passed away. I have such fond memories of him and can't drink a coke in a glass bottle without thinking of him. Much love to you all.
Rae Beasley Bush
Friend
July 12, 2021
Showing 1 - 1 of 1 results