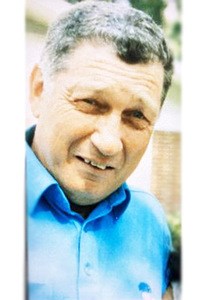 Loy David Buff, 85, of Oak Island, formerly of Charlotte and Morganton, passed away Thursday, June 17, 2021, at Azalea Health and Rehab Center in Wilmington.

Loy was born March 9, 1936, the son of the late Luther Buff and Sue Benfield Buff Norris.

Loy, known as "Lightening" by his friends, graduated from Morganton High School in 1954, and continued his education at Catawba College, where he played football. He was an avid golfer and the owner of several Peddler Steakhouses in the Charlotte area, before his retirement to Oak Island.

Loy is survived by his daughters, Tanya Buff Hart of Oak Island, Beverly Buff Sadler (Hank) of Charlotte; five grandchildren, whom he loved dearly; and a number of nieces and nephews.

www.coastalcremationsnc.com
Published by The News Herald on Jun. 27, 2021.
To plant trees in memory, please visit the Sympathy Store.
MEMORIAL EVENTS
To offer your sympathy during this difficult time, you can now have memorial trees planted in a National Forest in memory of your loved one.
Funeral services provided by:
Coastal Cremations-Wilmington
MAKE A DONATION
MEMORIES & CONDOLENCES
Sponsored by Coastal Cremations-Wilmington.
5 Entries
The best neighbor, wonderful friend and a light unto this world with his love, care & concern for others. Loved this special man
Becky & Jerry
Friend
June 28, 2021
One could not ask for a better brother-in-law and a devoted husband for my now departed sister Harriet. Loy was such a down to earth, well rooted, honest and friendly person as well as a devoted father and grand father. Besides all of that Loy was a generous friend. Now, he is reunited with his one and only wife, a daughter, mama Sue, and many loved ones. We are all at a loss with your leaving us, Loy, but we seek solace in our faith that this life is but a blink and eternity with our perfectly compassionate God, our Lord Jesus, and the Holy Spirit awaits all who believe ( and given the perfection of creator, perhaps nearly all).
Charles (Charlie) Hale
Family
June 23, 2021
he was a great man. my friend
frank Pollicino
Friend
June 22, 2021
Loy was my friend and mentor for 50 years and his family are my family. He taught me to play golf and love the game. Don’t think I have ever known anyone who loved golf more. The best thing he taught me was how to be a friend, and he did that by being the best friend I could ever have. I loved him like a brother and have no doubt he felt the same. I could never repay all he did for me over the course of our friendship but I am at peace that he Is reunited with Harriett, Davina, and mama Sue and that he and I will see each other again. Rest In Peace Lightnin .
SteveHagler
Friend
June 21, 2021
Loy was a funny and kind man to me. As I look back on his attempts to get me to swing a golf club the correct way, it must have been fodder for AFV! He was patient and more than helpful and that's how I will remember him. My deepest sympathy to his beautiful family and all his friends. RIP, Loy.
Thelma Collett Putnam
Friend
June 21, 2021
Showing 1 - 5 of 5 results