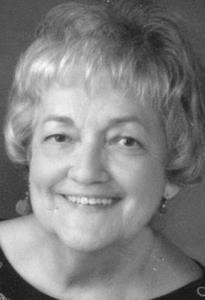 Rose was born to Elizabeth Wiss July 15, 1946, in Wiesbaden, Germany. Several years later, Rose and her mother immigrated to the United States and settled in Burke County. Rose was a 1964 graduate of Morganton High School and went on to pursue a legal studies degree from Blanton's Jr. College in Asheville. Following graduation, Rose went to work as a paralegal at the law firm of Patton, Craven, and Ervin, PA, in Morganton, where she had the pleasure of working with future federal appellate judges, J. Braxton Craven Jr. and Samuel J. Ervin III, along with her mentor Thomas M. Starnes. In the late 1960s, Rose met the love of her life, Harold Edward Roper. Rose and Harold were married in 1970, and soon relocated to Charlotte. After a few years, they relocated to New Bern, where they stayed to raise their family. During her early life in New Bern, Rose was often found at numerous ballfields in the area watching her son, Jason, play sports, volunteering in the New Bern Schools, or engaging in activities at West New Bern Presbyterian Church. In later life, Rose was active in assisting refugees relocate to New Bern to have a better life, the Pilot Club, Crop Walk, and spending time with her numerous friends. Throughout her life, Rose was an animal lover who was known to adopt any animal that needed a home, even if it meant getting a laughable remark from her husband, "Another one?" Rose was preceded in death by her husband, Harold.

Rose is survived by her son, Jason and wife, Teresa, of Lexington, Ky.; two granddaughters, Hannah and Ella, who she absolutely adored and loved more than anything; two brothers, John Newton of Rutherfordton, and Manfred Wiss of Wiesbaden, Germany; brother-in-law, Richard Roper and wife, Barbara, along with their daughter, Robin.

On Thursday, Oct. 29, 2020, a visitation is scheduled to be held at Pollock-Best Funeral Home from 6 to 8 p.m. Due to COVID-19 restrictions, a celebration of life event will be held at a later date, in lieu of a funeral.

In lieu of flowers or any other memorials, the family asks that memorials be made to the Colonial Capital Humane Society.

www.pollockbest.com
To plant trees in memory, please visit our Sympathy Store.
Published by The News Herald on Nov. 1, 2020.
MEMORIAL EVENTS
Oct
29
Visitation
6:00p.m. - 8:00p.m.
Pollock-Best Funeral Home
Funeral services provided by:
Pollock-Best Funerals and Cremations
GUEST BOOK
5 Entries
So sad to hear about Rosemarie. There are so many good memories of all our cousins spending time together at Poppy Newton´s house. Prayers for peace & comfort for the family.
Judy Fortenberry Gray
November 2, 2020
So sorry for this sad loss , she was always a good person !
Carl Fortenberry
November 1, 2020
I am so sorry to hear this news. We will meet in Heaven!! Prayers for family & friends.
Robin Newton Murray
November 1, 2020
Rose and my mother worked together at the Patton, Craven, Ervin law firm and were very good friends. I was so sorry to hear of her passing. Sending prayers for your comfort and peace.
Connie Berry
November 1, 2020
I´m so very sorry to hear of Rose´s passing. I knew Rose through my mother, Helen Clarke, who was a dear friend to Rose. They worked together at the law office in Morganton where they became dear friends through the years. My sympathies to Jason and his family.
Janet Clarke Kirby
November 1, 2020