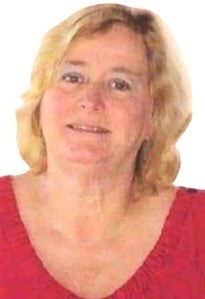 Born in Burke County, March 18, 1950, she was the daughter of the late Paul Ross Dale and Lucille M. Chapman Dale. Sandra was an active member of First Baptist Church in Glen Alpine. She loved her church family and insured everyone was taken care of. Sandra was active in the community, volunteering for her church, Burke Hospice, and social services. She was instrumental in the lives of many children.

In addition to her parents, Sandra was preceded in death by a grandson, Ayden Crawley; and brother, C. Dean Dale.

The memorial service will be held at 1 p.m., Saturday, Jan. 15, at First Baptist Church in Glen Alpine, with the Revs. Dr. Eddy Bunton and John Terry officiating.

www.sossomanfh.com
Published by The News Herald on Jan. 13, 2022.
To plant trees in memory, please visit the Sympathy Store.
MEMORIAL EVENTS
Jan
15
Memorial service
1:00p.m.
First Baptist Church
Glen Alpine, NC
Funeral services provided by:
Sossoman Funeral Home
MAKE A DONATION
MEMORIES & CONDOLENCES
Sponsored by Sossoman Funeral Home.
1 Entry
I am so sorry to learn of Sandra passing. My heart goes out to all the family. She was a caring and blessed lady as well as a great blessing to others. Cherish her memories .
Carole Cox
January 13, 2022
Showing 1 - 1 of 1 results