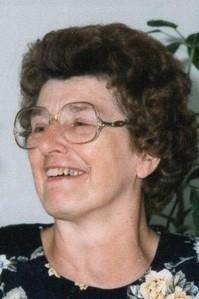 BORN
1926
DIED
2021
FUNERAL HOME
Dovin and Reber Jones Funeral and Cremation Center
1110 Cooper Foster Park Road
Amherst, OH
Beatrice Carolyn Ellis (nee Lechner), 95, retired nurse and longtime resident of Lorain, died on Monday, Aug. 23, 2021 at Avon Oaks Caring Community, Avon.Beatrice lived in Lorain most of her life, rearing six children and working many years as a registered nurse at the former St. Joseph Hospital. She and her late husband, Robert P. Ellis, Sr., spent many winters in Englewood, Florida, after they retired in the late 1980’s. For the past year and a half, Beatrice was lovingly cared for by the staff at Avon Oaks Caring Community. Prior to that, Beatrice lived with her son, Joseph, in Elyria and daughter, Andrea, in Lorain.Beatrice was born on Jan. 9, 1926, the first of two children born to the late Andrew P. and Helena (Vargo) Lechner. She spent her earliest years in the Rosehill Avenue area of Cleveland and moved with her parents to Lorain when she was about eight years old. After skipping a grade in elementary school, she graduated from the former St. Mary High School, Lorain, in 1942 at age 16. She then studied at Notre Dame College in South Euclid and graduated from St. John Hospital School of Nursing in 1946. She began her nursing career with the Cadet Nurse Corps.A short time after starting work at the former St. Joseph Hospital in Lorain as a registered nurse, “Bea” was set up on a blind date with Robert Ellis, a Lorain native who had recently returned from serving in World War II with the U. S. Navy. They soon became inseparable, and were married at St. Anthony of Padua Catholic Church, Lorain, on Feb. 12, 1949. They became parents of six children and were very active in all aspects of their lives in and out of school, developing life-long friendships with many of their fellow St. Anthony School parents.After her older children were in school, Bea was employed for many years as an emergency room nurse and operating room nurse at St. Joseph Hospital, retiring in 1988. While her children were growing up, she was a member of the Marian Guild at St. Anthony School, and of the school’s Parent Teacher Union. She is a past president of St. Anthony’s Marian Guild and past secretary of the PTU. She is a longtime parishioner at St. Anthony’s and is a member of St. Anthony’s Circle.After her retirement, Bea enjoyed meeting for lunch with “The Nightingales,” a group of fellow retired nurses of St. Joseph Hospital.She enjoyed embroidery and created hand-embroidered tablecloths for all her children and grandchildren, given as special gifts at time of marriage or starting a career. She also enjoyed spending time with her family and friends, and liked participating in family reunions, doing crossword puzzles, and playing Scrabble and other board and card games. Bea also loved baking cookies for her family, especially for Christmas and Easter.It is a gross understatement to say she was an avid fan of Notre Dame football, almost never missing any of the Fighting Irish’s games on television. She also was a loyal fan of all Cleveland professional sports teams, even in the final weeks of her life. She watched every move, good or bad, of her beloved Cleveland Indians on television, and gave a running commentary on every game. Bea even took the time to convert herroommate at Avon Oaks to the Art of Baseball, teaching her the finer points of the game. It was a joy to see her patiently explaining the rules to the late Sophie Toth, her roommate who died just a week before Bea’s own death.It was also a high point of this past summer, that Bea was able to attend an Indians game at Progressive Field in Cleveland, courtesy of the staff at Avon Oaks. She cherished that adventure.Besides her parents, Beatrice was preceded in death by her husband of 60 years, Robert, in June 2010, and her brother, Andrew J. Lechner, in 2013.Beatrice is survived by her six children: Robert P. Ellis, Jr. (Florence) of Lorain; Mark A. Ellis (Janice) of Mt. Vernon, OH; John M. Ellis (Debby) of Perry Hall, MD; Andrea Ellis (Mark Muzzillo) of Lorain; Joseph M. Ellis of Elyria, and Mary Ellis (David Spigiel) of Lorain; 13 grandchildren: Marly R. Ellis (Kevin Downs), Brooke H. Ellis (Geoffrey Schwartz), Jocelyn E. Abood (Brandon), Tara Y. Fitzpatrick, Robert Y. Ellis (Marlena), Martin Y. Ellis, Christian Y. Ellis, Joseph S. Ellis (Molly), Michael A. Ellis (Danielle), Andrew D. Ellis, Lena B. Ellis-Boatman (Donna Sutherland), Evelyn Boatman, and Joshua T. Ellis; two step-grandchildren; 10 great-grandchildren: India Lily Fitzpatrick, Rowan Mark and River Aidan Downs, Weston Fox Schwartz, Ruby Ellen and Cleo Janice Abood, Jenni Bea and Maci Ashley Ellis; Scarlett Marie and Kendall Isabelle Ellis; 1 step great-grandchild, and many nieces and nephews.Visitation will be held from 5:00 to 7:00 p.m. on Friday, August 27, 2021, at the Dovin and Reber Jones Funeral and Cremation Center, 1110 Cooper Foster Park Rd., Amherst. A Mass of Christian Burial will be celebrated at 10:00 a.m. on Saturday, August 28th. at St. Anthony of Padua Church, 1305 E. Erie Ave., Lorain. Celebrant will be the Rev. Frank Kosem, retired pastor of St. Jude Church, Elyria. Burial will follow in Calvary Cemetery, Lorain.In lieu of flowers, the family requests donations be made to the Catholic Charities St. Elizabeth Center, 2726 Caroline Ave., Lorain OH 44055, or the Vincent de Paul Society of St. Anthony of Padua Catholic Church, 1305 E. Erie Ave., Lorain OH 44052.Online condolences may be sent to the family at www.dovinreberjones.com

Published by The Morning Journal from Aug. 25 to Aug. 26, 2021.
To plant trees in memory, please visit the Sympathy Store.
MEMORIAL EVENTS
Aug
27
Visitation
5:00p.m. - 7:00p.m.
Dovin and Reber Jones Funeral and Cremation Center
1110 Cooper Foster Park Road, Amherst, OH
Aug
28
Mass of Christian Burial
10:00a.m.
St. Anthony of Padua Church
1305 E. Erie Ave., Lorain, OH
Funeral services provided by:
Dovin and Reber Jones Funeral and Cremation Center
MAKE A DONATION
MEMORIES & CONDOLENCES
Sponsored by morningjournal.com.
2 Entries
Wow, what a life well lived ! Mrs. Ellis was an inspiration to me starting my own career in O.R. Sorry for the loss of such an amazing woman.
Jane Jenkins
School
August 29, 2021
I cared for Mrs Ellis several times while I worked at Mercy. She was so excited when she found out I was a Burns girl, as she had gone to school with my aunts and uncles. We had so many great talks about family. I loved seeing her in church and always wondered how she was doing. What an amazing, accomplished lady! I consider myself very blessed at getting to know her over the years. Prayers and hugs for all of her family. She will definitely be missed!
Peggy Burns Formholtz
Friend
August 28, 2021
Showing 1 - 2 of 2 results