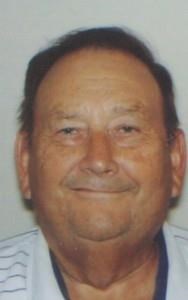 Robert "Bob" Edward Alexovich, 92, of Avon Lake, Ohio passed away peacefully at his home on March 30, 2021.Bob was born in Cleveland, Ohio on October 7, 1928 to parents Margaret and John Alexovich.He graduated from Benedictine High School in 1947 and Case Institute of Technology in 1952 with a degree in Engineering. Bob started his career at NASA’s Glenn Research Center (formerly Lewis Research Center) in 1952, retiring in 1985 as the Deputy Chief of Technology in their Space Communications division. During his time at NASA he worked on the Advanced Communications Technology Satellite (ACTS)system, authored multiple technical papers on phased array antennas, and, in 1976, receivedthe Exceptional Scientific Achievement medal. Bob is survived by his loving wife of 70 years, Susan, his son John and his wife Lauren of Los Angeles, California, his son Jim and his wife Kelli of Avon Lake, and his daughter Linda and her husband Dave of Avon Lake; his grandchilden Maggie, Glenn, Bobby, Jeffrey, Molly, and Zach and his great-grandchildren Dierdre, Jacob, Tess and Freya.He was predeceased by his son, David, in 2017, and his grand-daughter Emily in 2020.
Published by The Morning Journal from Apr. 9 to Apr. 11, 2021.
To plant trees in memory, please visit the Sympathy Store.
MEMORIAL EVENTS
To offer your sympathy during this difficult time, you can now have memorial trees planted in a National Forest in memory of your loved one.
MAKE A DONATION
MEMORIES & CONDOLENCES
Sponsored by morningjournal.com.
8 Entries
We knew Bob as a good neighbor and friend. He was always gracious and willing to help us as we raised our family. His wife Sue who he clearly loved has our sympathy as do his children.
We will remember Bob fondly and hope that his family will take solace in their memories of Bob and the good person he was.
Terry and Tim Smith
Terry Smith
Neighbor
April 29, 2021
Sue,

I am sorry to learn of Bob's passing. My sincerest condolences. My prayers are with you Sue, and your family.
I have missed seeing you. Take special care and God bless.


Debora Louks
From Lawrenceburg, In
Debora Louks
Acquaintance
April 13, 2021
To the Alexovich Family -we are so sorry for your loss. Mr. and
Mrs. Alexovich were always kind and tolerant when John and I
were growing up in Avon Lake. Great memories! Rich and
Kelli Foltin Winter Haven, Florida
Rcihard W Foltin
Friend
April 11, 2021
To the Alexovich family I am sorry for your loss.
I have many fond memories of the kindness and patience
Mr and Mrs Alexovich demonstated with John and I growing
up in Avon Lake. God Bless! Rich and Kelli Foltin
RICHARD W Foltin
Friend
April 11, 2021
May God bless you and your family in this time of sorrow.
Gail Vasiloff Gorey
Friend
April 11, 2021
Sue, we wish to extend our sympathies to you and your family. Bob and Cindy Forest; former neighbors on Cherry Lane
cynthia forest
April 10, 2021
Deepest sympathy to John and Family
Kathy Stroh
Friend
April 10, 2021
Our thoughts and prayers are with you during this difficult time of loss.
Mike & Mary Biggs
Friend
April 10, 2021
Showing 1 - 8 of 8 results