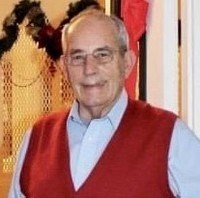 BORN
1932
DIED
2020
William Arden Gray
William Arden Gray died at 6:50 p.m. Friday, December 11, 2020 at his home in Pittsburg, Kansas. He was 88 years old and was born May 15, 1932 to William Wilbur and Elta (Betts) Gray in Southwest City, Missouri. He spent most of his early years in Oklahoma. Moving to Oregon in 1949, he graduated from McMinnville High School in McMinnville, Oregon, with the class of 1950.
Following graduation, he worked at an automobile dealership in Oregon and a second dealership in Oklahoma and then entered the U.S. Army in 1952. He was a Korean veteran. During His Korean service his awards included the Bronze Star Medal with valor and the Combat Infantry Badge. He received an honorable discharge and was released from active service with rank of Sergeant First Class.
He then took courses at Northeastern Oklahoma A & M in Miami, Oklahoma. This was followed with a transfer to Kansas State Teachers College now called Pittsburg State University where he received a Bachelor's of Arts in Education Degree. He then studied at the University of Missouri in Columbia, Mo., where he received a Masters of Arts in Education degree in 1960. Dr. Gray received his Doctor of Education in 1979, from the University of Tulsa.
After he completed his masters degree in 1960, William began his computing experience working for Union Carbide Nuclear Company in Oak Ridge Tennessee. This was followed by additional computing related activity with Phillips Petroleum in Bartlesville, Oklahoma.
In 1964 William begin his employment at what is now Pittsburg State University (PSU). His first task was leading the effort to create the Computer Center (Management Information Systems) at Pitt State. Later in his career he was involved with computing related activities which included teaching, system analysis and computer programing. Working with colleagues across the University, he designed the computerized enrollment and degree checking systems, some parts of which are still in use today. Both of these programs made access to information easier for students and staff in significant ways, reducing enrollment from hours to minutes and degree checking from weeks to minutes. He retired from PSU in 1995 as Assistant Director Emeritus, Information Systems.
He was a long-time member of the Pittsburg Lions Club which included serving as Club President, District Governor followed by Kansas State Council Chair. He was a member of Pittsburg American Legion Post #64 and Veteran of foreign Wars Post #1158.
He joined the Southern Baptist Church in 1942 and was active in Church activities throughout his life. He and Collen attended Trinity Southern Baptist Church in Pittsburg and he greatly loved his Trinity Family.
On November 30, 1973 he married Collen McKechnie at Trinity Baptist Church in Pittsburg, creating a new family with three children. He is survived by: his wife, Collen; and two children, daughter Rebecca Ash and husband (Jeff); stepson Ed Mckechnie; and one brother Ted Warren Gray of Grove, Oklahoma; a sister in law Kay Gray, Grove, Oklahoma; and a brother in law Bob Hilliard, of Evans, Georgia; and four grandchildren, Nicholas Ash, Des Moines, IA, William Ash, USS Germantown, Sasebow, Japan; and Austin McKechnie and Jackson McKechnie, of Pittsburg.
He was preceded in death: by his parents; son William Scott Gray; brothers Daryl, Charles, James and his sister Dena Hilliard.
Collen and William enjoyed their life together with a busy community life and traveling to many places around the world and spending time with their family at sporting and musical events.
Funeral services will be held at 1 p.m. on Friday, December 18, 2020 at the Trinity Baptist Church with Jordan Hodges officiating. Burial will follow in Highland Park Cemetery in Pittsburg. Visitation is from 6:30 p.m. to 7:30 p.m. on Thursday, December 17, 2020, at the Bath-Naylor Funeral Home in Pittsburg.
Pall bearers will be: Merlin Johnson, John Yates, Marc Gray, Steve Lovelady, Jackson McKechnie, and Austin McKechnie.
The family suggests memorials to be sent to the Pittsburg State University athletic department.
So that anyone who can attend the visitation or services feels safe, guests are requested to wear masks and observe social distancing.
Condolences may be left at www.bathnaylor.com
Arrangements are under the direction of the Bath-Naylor Funeral Home of Pittsburg, KS.
Published by Morning Sun from Dec. 15 to Dec. 16, 2020.
To plant trees in memory, please visit the Sympathy Store.
MEMORIAL EVENTS
Dec
17
Visitation
6:30p.m. - 7:30p.m.
Bath-Naylor Funeral Home
Pittsburg, KS
Dec
18
Funeral service
1:00p.m.
Trinity Baptist Church
KS
MAKE A DONATION
MEMORIES & CONDOLENCES
3 Entries
We enjoyed knowing Bill and appreciating his service as a proud Lion member. Our thoughts and prayers are with Collen and the family during this very difficult time.
Jon and Carolyn Burchfield
Friend
December 17, 2020
Bill was a wonderful friend and a very kind man. I will miss his christian influence get much.
Juanita Phillips
Friend
December 16, 2020
What a great man. I greatly appreciated all his IT help and then our time in Lions together. May his memory be a blessing to all who loved him.
Debbie Greve
Friend
December 15, 2020
Showing 1 - 3 of 3 results