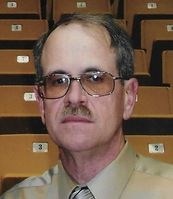 BORN
October 31, 1951
DIED
April 3, 2021
Michael A. Perino
Born: October 31, 1951 in Joliet, IL
Died: April 3, 2021 in Braceville, IL
Age 69, of Braceville, IL passed away on Saturday, April 3, 2021 on the family farm. Mike was born on October 31, 1951 in Joliet, IL to the late Andrew "Duke" and Gladys (Johnson) Perino. Mike was raised in Braceville and graduated from Gardner-South Wilmington High School in 1970. Mike was a police officer for the Braceville Police Department and a part time road Deputy with the Grundy County Sheriff's Department in the 70's and early 80's. Mike retired as an 'A Mechanic' from Exelon in 2002, after 31 years of service. Mike served on the Braceville Elementary School Board for 12 years. From 2002-2019, he served as President of the Braceville Fire Protection District. Survived by his loving wife, Karen (LeRoy) Perino, Daughter, Melissa Perino of Braceville, and son, Michael Joseph Perino of Braidwood; two grand-daughters; one sister Sharon Ryan of Crest Hill; and his four-legged "Go for a ride buddy, Moochie". Preceding him in death were his parents, Andrew "Duke" and Gladys (Johnson) Perino; and his beloved son, Robert Andrew (Baby Bobby Angel) (2003) Perino. The family would like to thank the Fatlan, Marketti, LeRoy Lissy and families for their unconditional support during this tragic time. Visitation for Michael will be at the R.W. Patterson Funeral Home & Crematory, Braidwood chapel, Saturday, April 10, 2021 from 3-7 p.m. Cremation rites will be accorded following visitation. In lieu of flowers, please designate any donations to the family, in order for a lump sum donation to be made to Shriners Hospital for Children. For more information and to visit his online guestbook, please log on to www.rwpattersonfuneralhomes.com or find us on Facebook.