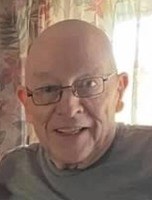 BORN
1943
DIED
2021
FUNERAL HOME
U.C. Davis-Callahan Funeral Home
301 W Washington St
Morris, IL
Terry Donahue
Born: September 24, 1943 in Cleveland, Ohio
Died: September 6, 2021 in Morris,Illinois
Terry R. Donahue, 77 of Morris, passed away Monday morning September 6, 2021, in Regency Care Center in Morris after a yearlong battle with cancer. Born September 24, 1943, in Cleveland, Ohio, he son of the late James and Cecilia (Casey) Donahue.
Terry grew up in Bay City, Michigan and attended the local schools. Following high school, he entered the United States Army in 1966. He proudly served his country in Vietnam and earned several medals of honor. Terry earned the rank of Lt. Colonel and left the service in 1988.
Terry continued his education in the health field and became a Nurse Anesthetist. He worked in Fort Sam in Houston, Texas Fort Jackson in South Carolina, Pontiac Hospital and Morris Hospital where he would retire in 2011. Even after retirement, he would return to Morris Hospital to help his colleagues.
On November 10, 1984, he married Carol Colby of Morris.
Terry truly loved life, joking around with his friends and family, gardening and golf. He enjoyed his sports, being an avid Blackhawks and Cubs fan. His truest of friends were at the Morris YMCA where he enjoyed his YOGA classes.
Terry is survived by his wife Carol and children Colleen, Jamie (Wendy), Mark (Caroline) Donahue, Erik (Missy) Enervold and Kara (Kevin) Goff. His grandchildren Mackenzie and Delaney Donahue, Aidan and Evelyn Donahue, Kyle (Jessica) Enervold, Kody Enervold, Cole (Madeline Sandgren) Enervold and Dakota Goff. Two greatgrandchildren, Jordan and Kayden Enervold. One Sister, Mary Kathleen Gnyp and a sister-in-law Mary Ann Donahue.
Preceded in death by a sister Patricia Smith and a brother Patrick Donahue.
Memorials may be made in Terry's name to the Morris YMCA.
Covid guidelines should be followed, and mask will be required while indoors.
Visitation will be held Thursday September 9, 2021, from 4:00 pm to 7:00 pm at the First Christian Church located at 455 West Southmor Road, Morris, IL. A Celebration of Life will be held on Friday, September 10, 2021 at 8:30 am at First Christian Church with Funeral Celebrant Carol Walker officiating. Terry will be laid to rest at 10:00am in the Abraham Lincoln National Cemetery in Elwood, Il.
An online guestbook has been created for the family, where you may sign the guestbook, share memories and photographs. You may visit our website at www.ucdaviscallahan.com. Arrangements have been entrusted with the U. C. Davis-Callahan Funeral Home located at 301 West Washington Street Morris, IL. 60450

Published by Morris Herald-News from Sep. 7 to Sep. 9, 2021.
To plant trees in memory, please visit the Sympathy Store.
MEMORIAL EVENTS
Sep
9
Visitation
4:00p.m. - 7:00p.m.
First Christian Church
455 W, Morris, IL
Sep
10
Celebration of Life
8:30a.m.
First Christian Church
455 W, Morris, IL
Funeral services provided by:
U.C. Davis-Callahan Funeral Home
MAKE A DONATION
MEMORIES & CONDOLENCES
Sponsored by U.C. Davis-Callahan Funeral Home.
3 Entries
So sorry for your loss. You're in our thoughts and prayers. We enjoyed working with Terry over the years and Mary loved doing yoga class with Terry at the YMCA.
Mark & Mary Midona
Friend
September 11, 2021
I am truly saddened to hear about Terry´s passing. He was always a joy to work with. He was always upbeat and professional. I feel so fortunate to have known him. Carol and family, please know that I will be keeping you in my thoughts and prayers.
Joanne Steed (Ultrasound Morris Hospital)
September 9, 2021
Carol, so sorry to hear of Perry's passing. I have so many memories of his sense of humor, his caring and devotion to our patients. My prayers and thoughts are with you and your family.
Jaye Leopold (Sengewald)
September 9, 2021
Showing 1 - 3 of 3 results