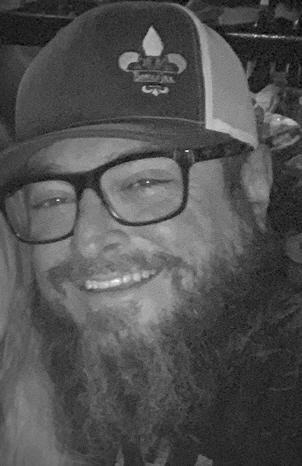 FUNERAL HOME
Walters Funeral Home
610 South Commerce Street
Centerville, TX
John Paul Holt, 50, of Centerville, Texas, went to be with the Lord on September 3, 2021. He was born to parents Bonnie and Lennie Holt, on December 5, 1970, in Stanton, Texas. John met Nicole Holt in 1987. They were married on November 28, 1989, in Midland, Texas. Together they raised 3 boys: Tory, Tyler, and Trenton. In the early 90s, John worked for Avis Lube in Midland, Texas. He managed various stores until 2007. A highlight of his career with Avis was helping to open and manage the first 6 bay shop and earning the first million dollars at that location. During his time at Avis, he also participated in the Service Olympics to raise money for United Way. John worked for ChampionX for 14 years. By treating people right and supporting their growth, he earned the respect of everyone he worked around. A crucial employee to the organization, he mentored and coached even when faced with adversity. He grew many relationships and met countless lifelong friends in his time at Champion. He enjoyed being with his family and took great pride in the legacy he built with Nicole. John was a wonderful father. He was stern but understanding as he raised his boys and taught them to be men. He was easy to talk to, listening without judgement. He was willing to go the distance for the ones he loved. He wasn't a man of many words, but when he spoke, it mattered. John also loved cooking and one day hoped to have a way he could share his love of cooking with the community. For a couple of years, John and his friend Banza Langford got together and made Backyard Barbeque where they would cook on the square during Fourth of July Celebrations. John also would cook at golf tournaments in Canton with his friend Warren Baillio. Their specialty was ribeye wraps. John enjoyed participating in team cookoffs too. They won 1st place in chili and 2nd in gumbo. At family gatherings John would make all the favorites: briskets that he would smoke all night, his special homemade BBQ sauce, or scrumptious gumbo, or pulled pork. He was preceded in death by his grandmother Ann Watkins, grandfather Pete Watkins, father-in-law Ernest Tate, mother-in-law Debra Tate, uncle Larry Don Watkins, cousins Leigh Ann Watkins, and John Wayne Watkins, and dear friend Warren Baillio. John is survived by his loving wife of 31 years, Nicole Holt, his sons Tory Holt (Elizabeth), Tyler Holt (Ashlee), Trenton Holt (Ashley), his parents Bonnie and Lennie Holt, siblings Tim Holt (Mary Lou) and Sonya O'neal (Gary) and 7 grandchildren: Haigen, Hadley, Brynley, Haisley, Copelyn, Caden, and Kasen. The family has entrusted Walters Funeral Home with the arrangements. A memorial service is scheduled for Saturday, September 18 at 11:30 A.M. at Walters Funeral Home, Centerville, Texas. Afterwards, friends and family are welcome at John & Nicole's home for food, drinks, and fellowship. Walters Funeral Home, Centerville, Texas. www.waltersfuneralhome.com (903) 536-2551
Published by Midland Reporter-Telegram on Sep. 15, 2021.
To plant trees in memory, please visit the Sympathy Store.
MEMORIAL EVENTS
Sep
18
Memorial service
11:30a.m.
Walters Funeral Home
610 S. Commerce St., Centerville, TX
Funeral services provided by:
Walters Funeral Home
MAKE A DONATION
MEMORIES & CONDOLENCES
0 Entries
Be the first to post a memory or condolences.