Linda Wickett Allison
Linda Wickett Allison of Dallas, Texas, passed away after a short illness on December 28, 2009, surrounded by her children and grandchildren. She was born Aug. 14, 1931, in Tulsa, Oklahoma, to Kenneth and Blanche Wickett and grew up in Ft. Worth, Texas. She attended the Brownmoor School for Girls in Scottsdale, AZ, before graduating from Paschal High in Ft. Worth in January 1949. She then attended TCU for one semester before going to the Edgewood Park Junior College for Women in Briarcliff Manor, NY. She married her childhood sweetheart, Pat Sterling Holloway, of Brownwood and Ft. Worth, Texas, in Dec. 1949. They moved to Austin in the fall of 1950 where she attended undergraduate classes at UT while her husband obtained his law degree. After law school, they lived in Dallas; they had 3 children, Catherine, Marcy, and Patrick, during their 18 year marriage. Linda was heavily involved in Republican Party politics in Dallas for years and was active in many landmark local, state and national campaigns. She worked at Goals for Dallas in the late 1960's before marrying James N. Allison, Jr., of Midland, Texas, the love of her life, on Nov. 11, 1971. They lived in Virginia while Jimmy had a political consulting business in Washington, D.C.; later they moved to Midland after the death of Jimmy's father where Jimmy owned and ran the Midland Reporter-Telegram until his untimely death in 1978. After Linda moved back to Dallas, she served on the boards of the Kent Waldrep National Paralysis Foundation and the American Paralysis Association, was a trustee of the International Spinal Research Trust, and was appointed to and served on the National Council on Disability. She was a beautiful, intelligent, impeccably stylish and dynamic woman who freely volunteered her unerring advice to those in need and those who mistakenly thought they were not. She loved to spend time in New York with her grandchildren and long-time friends there and enjoyed many summer vacations in Nantucket creating wonderful memories for her family. She was an imposing matriarch who was constantly orchestrating inspired and delightful outings for her family; her insight, wit, humor and loving attention will be sorely missed. She was preceded in death by her daughter, Catherine Gail Holloway of Austin, Texas; her beloved husband, James N. Allison of Midland, Texas; as well as by her parents, Kenneth L. Wickett and Blanche Cox Wickett of Ft. Worth, Texas. She was a devoted daughter, a generous and loving mother, and a doting grandmother. She is survived by her grandson, Storm Holloway of New York, New York; her son Patrick L. Holloway, his wife Nancy and their children Ian and Brooke of Dallas, Texas; her daughter Marcy Holloway of Austin, Texas; and her siblings Kenneth A. Wickett and wife Karla of Springfield, VA, and their children Lauren Hamilton, Brett Thompson, and Elizabeth Wickett; Robert G. McKinney and wife Carol of Houston, Texas, and their children Buck McKinney, Bess Teague, and Jake McKinney; and Frederick H. Wickett and Alice E. Wickett of Ft. Worth, and Alice's children Amy Kersch and Lee Daniels. The North Dallas Funeral Home is handling cremation services; graveside services for the family at Resthaven Memorial Park in Midland, Texas, are pending. In lieu of flowers or memorials, please send contributions to the Christopher Reeve Paralysis Foundation or your local Planned Parenthood.

To plant trees in memory, please visit our Sympathy Store.
Published by Midland Reporter-Telegram from Jan. 3 to Jan. 4, 2010.
MEMORIAL EVENTS
No memorial events are currently scheduled.
To offer your sympathy during this difficult time, you can now have memorial trees planted in a National Forest in memory of your loved one.
MAKE A DONATION
MEMORIES & CONDOLENCES
Sponsored by Marcy, Patrick and Storm Holloway.
12 Entries
My thoughts and prayers are with Marcy, Patrick, and Storm. We will miss her dearly. She was truly an amazing womanI wish I had been able to have spent more time with.
Amy Kersh
March 5, 2010
I'm so sorry about Linda. She was always great to me and we always had fun.
Jeff Gifford
February 11, 2010 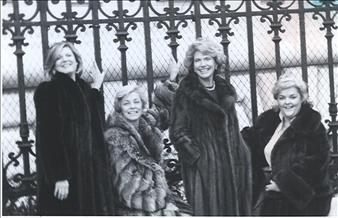 Linda was always a great sister to me, but in recent years she became a good friend to my family as well. My wife Karla, daughters Lauren and Elizabeth, and son Brett came to know and love Linda during treasured visits to Manhattan. My children became beneficiaries of Linda’s “unerring advice” on a variety of personal matters – not always solicited but always appreciated. Linda’s death is a great loss to my whole family.

My brother Fred, sister Alice, and nephew Lee do not have access to a computer but have asked me to express their love for Linda and sorrow at her passing.
Ken Wickett
January 29, 2010
Robert McKinney
Brother

Nobody encouraged me more as a young man than Linda. She was the daughter of Kenneth L. Wickett who married my mother in 1940 and became my step father. He was a great man by any standard and Linda was just like him. I consider myself the luckiest guy around to have had Linda as a sister. She was the tops.

Pat was too, and I never got over their separation. They were very much alike and I guess that was the problem.

Here's to both of them.

Robert McKinney
Robert McKinney
January 21, 2010
I am just now hearing about Linda. I'm sorry it took so long to express my condolences. I loved her and the rest of your family. My family sends lots of love and good memories to you all. You have been my thoughts. Best Wynn, Gilly, Ann and Ike Harris
Wynn Harris Jones
January 14, 2010 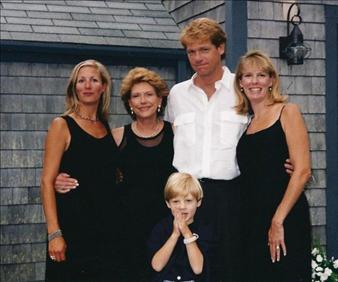 January 9, 2010
I really enjoyed knowing Linda. She was an exciting woman. My heart goes out to my cousins Marcy and Patrick.
Bess McKinney Teague
January 8, 2010
I am so sorry for your loss. My thoughts are with you.
Blair Baldwin Hudson
January 6, 2010
An amazing, loving, woman and friend. The true definition of a caring person. She will always have a place in my heart and my thoughts.
Brett Thompson
January 4, 2010
We were so sorry to hear of your loss. The thoughts of many are with you at this time of sorrow.
Ann Jones
January 3, 2010
My thoughts and prayers are with you in your time of grief. May your memories bring you comfort.
A Friend
January 3, 2010
Showing 1 - 12 of 12 results