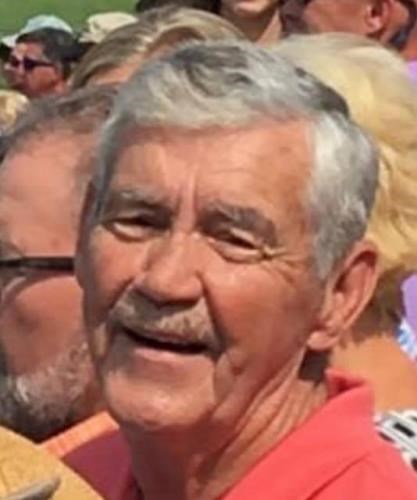 Charles Lawrence "Punk" Smith 79, of Mount Airy, passed away Friday, April 9, 2021, at the Joan and Howard Woltz Hospice Home in Dobson. He was born in Surry County on May 31, 1941, to the late Charlie Lee and Hallie Norman Smith. Mr. Smith was the Maintenance Superintendent at Hugh G. Strickland for 27 years. He was also the owner of The Sportsman Lodge and later created Fire Tech in order to serve the fire industry. Punk was a self-taught fire specialist teacher and designed training grounds for North Carolina community colleges and military bases. It was his passion to help fellow fireman with their duties and safety for themselves and others. He learned from his father how to give back to his community. His love for the fire industry began in 1962 as a founding member of the Bannertown Fire Department. Punk was the last living founding member. His first love was his wife, Sara, of 62 years. He declared his enduring love until he could talk no more. Even though he lost his dad at the age of 8, he knew the importance of family. He took time to teach each of us life lessons and supported us unconditionally. His wife, Sara Midkiff Smith, daughter Farah Davis, son David Smith, daughters Mary and Hal Hunter, Jeannine and Darold DuMond, Laura and Tim Shaw, and Johanna Smith, survive him. Also among his survivors are 13 grandchildren: Chastiny, Zach, Teshia, Dakota, Dallas, Joseph, Ellie, Nick, Isabel, Sara, Julia, Russell, and Presley; nine great-grandchildren, Chance, Bailey, Brooks, Charlotte, Charlie, Elizabeth, Deacon, Brynnlee, and Mika; brother and sister-in-law, Norman and Kathleen Smith. In addition to his parents, he was preceded in death by his sisters, Hilda Jean Smith and Nita Jo Bullington, as well as daughter-in-law, Tonya Bowman Smith. Punk will lie-in-state at Moody's Monday, April 12, from 8 a..m until 5 p.m. The family will receive friends at Moody's Tuesday, April 13 from 12-1:30 p.m. A Firefighter's Procession will immediately follow leaving Moody's to the Reeves Mill Road Bannertown Fire Department ending at Oakdale Cemetery. Graveside service will begin at 2 p.m. A special thank you to Frankie Odum, his caregiver, Joe Smith his Hospice Social Worker, the Bannertown Fire Department, and the entire staff at Joan and Howard Woltz Hospice Home in Dobson. In lieu of flowers, memorial contributions may be made to your local fire department or the Western North Carolina Alzheimer's Chapter. Online condolences may be made at www.moodyfuneralservices.com.

To plant trees in memory, please visit our Sympathy Store.
Published by Mount Airy News from Apr. 10 to Apr. 11, 2021.
MEMORIAL EVENTS
Apr
13
Visitation
12:00p.m. - 1:30p.m.
Moody Funeral Home - Mount Airy Location
206 West Pine Street, Mount Airy, North Carolina 27030
Apr
13
Graveside service
2:00p.m.
Oakdale Cemetery
1502 North Main Street, Mount Airy, North Carolina 27030
Funeral services provided by:
Moody Funeral Service & Crematory
MEMORIES & CONDOLENCES
Sponsored by Moody Funeral Service & Crematory.
5 Entries
I'm so sorry to learn of Mr. Smith's passing. He and Sarah were always so nice to me. Even though I only knew them for a short time, and it's been probably 30 years since I last spoke to them, I'll always remember how kind they were to me. What a great family!
Frederick Hampton
May 16, 2021
Sara, I am so sorry for your loss.
Mary Pulliam Matthews
April 11, 2021
I am so sorry to hear of Punk's death. I had no idea he had not been well. He was the same age as my brother, Buddy, who died at the age of 17, I can't remember ever seeing Punk when he was not smiling. My sympathies to Sara and all members of the family.
Pat Smith Tilley (Tiny)
April 11, 2021
Sara so sorry to hear about punk our prayers are with the family
Ted and pat midkiff
April 10, 2021
He was such a sweet dear man. I will pray for all of you in this time. I have such wonderful memories of him making me smile.
NIKKI SAWYERS RABOIN
April 10, 2021