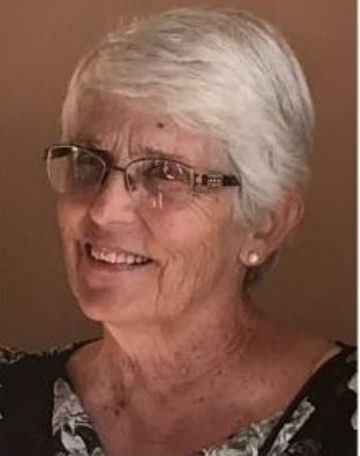 Catherine Ellerton passed away in her home in Overton, NV. Catherine was born on August 7, 1941 in Whitehall, MT to John Morton and Teresa Zimmerman. Catherine had a talent for music, which showed at an early age. In grade school, she participated in a singing contest in Butte, MT singing, "Someday My Prince Will Come". She won first place and she got to sing the song on the local radio station. She practiced the piano, and played in the school band. She and her sister would take dance lessons. Costumes at that time were made of crepe paper. She left Montana to attend Washington State University. After which, she worked at Hallmark Cards in Kansas City, MO. She then took a leap of faith, following her voice teacher to Los Angeles, CA. She worked for the Screen Actors Guild, in addition, she performed in many theaters and opera houses. She would often perform on the radio, where she would sing and explain the arias she performed. Catherine later met James Erwin Ellerton, and they were married in Whitehall, MT in 1979. She loved and helped raise his son, Kevin Carl Ellerton, and they lived in Montana on the family ranch. They loved taking in foreign exchange students. Catherine volunteered at the Jefferson Valley Museum for many years, and wrote many stories for the Jefferson Valley, MT newspaper. After they retired and moved to Overton, NV, she joined the Moapa Valley Art Guild, the Zephyr Singers, and wrote for the local Moapa Valley Progress. Catherine is survived by her grandchildren, Ashtyn and Kyler; her daughter-in-law, Brandi Ellerton; her sisters, Helen Caraveo and Frances Morton; her in-laws, Randall (Laura) Ellerton, Katherine (Stan Gardener) Ellerton, Jolene Ellerton, Clint Ellerton; and her nieces and nephews. She is preceded in death by her husband, Jim Ellerton; her son, Kevin Ellerton, and her brother, Jack Wegener. A Celebration of Life will be held at a later date. In lieu of flowers, the family requests Memorials be made to the Jefferson Valley Museum and the Moapa Valley Art Guild. The family invites you to leave a message or memory in their Guest Book at www.moapavalleymortuary.com.

Published by The Montana Standard on Sep. 14, 2021.
To plant trees in memory, please visit our Sympathy Store.
MEMORIAL EVENTS
To offer your sympathy during this difficult time, you can now have memorial trees planted in a National Forest in memory of your loved one.
MAKE A DONATION
MEMORIES & CONDOLENCES
0 Entries
Be the first to post a memory or condolences.