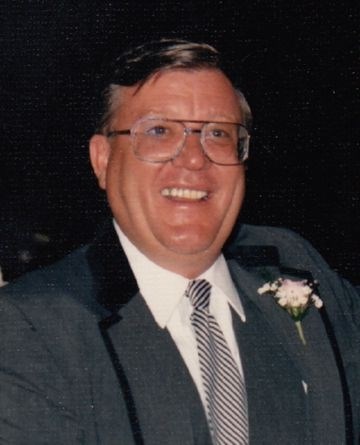 Daniel Carl Fall, age 82, entered into eternal rest on March 14, 2021. Dan was born in Butte, MT on January 9, 1939 to Paul and Agnes Fall. He grew up in Butte, attending Madison Elementary, Webster-Garfield Elementary, and Butte High School. In grade school, he worked at the local bowling alley setting pins. In high school, Dan worked as a clerk at Butte's Safeway. After high school, Dan served in the U.S.Navy for almost two years on the USS Bennington Carrier. During Dan's teen years, he dated Patsy Egedahl and married her on May 3, 1959, in Spokane, Washington. Over the next 20 years, Dan and Patsy raised four amazing children. Dan, or Big Dan as he was often called by family and friends, worked for Goodrich Tires, Safeway, and Taylor Edwards Warehouse. During this time, he also attended SCC and EWU, taking accounting classes. However, Dan found his career at the U.S. Postal Service where he retired as Post Master of the Post Falls Post Office in 1992.

Big Dan loved his job and was a hard worker and a great provider for his family. In his spare time, though, you would find Big Dan at every activity his kids participated in, (and later on his grandchildren) cheering them all on wholeheartedly. Big Dan also loved to travel, and took Patsy and his children on some great family vacations, including a car trip across the U.S. to Washington D.C. After Dan retired in 1992, he continued traveling with Patsy, oftentimes for his part-time contract work with the U.S. Postal Service. With retirement came more opportunities to spend time with his wife, children, and grandchildren; he enjoyed helping Patsy cook big dinners for their family.

A memorial mass in honor of Dan Fall was celebrated Friday, September 10, 2021 at 11:00 a.m. at St. Patrick's Catholic Church, 5025 N. Nelson. Online tributes may be made at www.holycrossofspokane.org.

Published by The Montana Standard on Sep. 15, 2021.
To plant trees in memory, please visit the Sympathy Store.
MEMORIAL EVENTS
Sep
10
Memorial Mass
11:00a.m.
St. Patrick's Catholic Church
5025 N. Nelson, WA
Funeral services provided by:
Holy Cross Cemetery and Funeral
MAKE A DONATION
MEMORIES & CONDOLENCES
Sponsored by Holy Cross Cemetery and Funeral.
3 Entries
I grew up with Dan and Patsy and their wonderful children. As a kid I spent many an evening in the Fall household building forts in a bedroom while our parents visited in another room. Later in life while taking my own daughter to grade school, I would see Big Dan walking Little Dan´s babies in a BIG stroller with the BIGGEST smile ever!! To say Big Dan was a lovely and wonderful man is an understatement. I´m so terribly sorry for your loss and so very sad to hear of his passing. I will always be grateful for my childhood and adult memories of your family. My deepest condolences and love to you all. I´ll never forget him. XOXO, Gayle Barnhouse
Gayle Barnhouse
Friend
September 10, 2021
Dan made working at the post office rewarding and interesting. From being summoned to Dan´s office over the PA system, thinking ohoh I am in trouble, to Dan saying let´s go to Jack and Dan´s for lunch to the many union functions with stops out in the middle of the state so someone could go wee wee and it was not Dan! John reminisces about Dan a lot and is very sorry that he did not stop for a visit. There was never a time when we came into Spokane via Hamilton Nevada when John did not say I need to stop to see Dan and Patty! Wish we could be with you but we send our love and hugs.
John and Sharon Clark
Work
September 8, 2021
Thank you for your service to our country. Rest In Peace.
Washington State
September 5, 2021
Showing 1 - 3 of 3 results