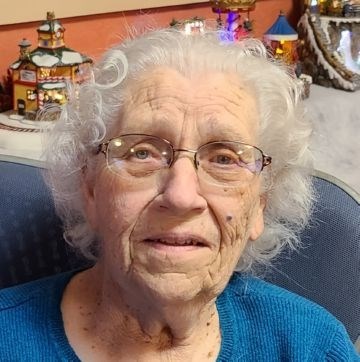 Dixie passed away on August 19, 2021 in Deer Lodge, MT., surrounded by her children.

Dixie was born August 8, 1938 in Deer Lodge to Richard and Elnore Wohlers.

Dixie was raised on the family ranch in Gold Creek, where she spent her time riding horses, fishing and working. She graduated from Powell County High School in 1956. She married Richard Hotchkiss in 1956 and was blessed with her son Mike. She later married Merril Henderson in 1960 and was blessed with Tom, John and Zana. She worked in the Law Offices of Joe McElwain & Scotty McCallmun and later for Jim Masar. She then worked at Deer Lodge City Hall until her retirement. She was well known for her wealth of knowledge. Dixie was a hard worker and was the family historian. She loved spending time with family, sewing and playing a good game of pinochle.

Published by The Montana Standard on Sep. 14, 2021.
To plant trees in memory, please visit our Sympathy Store.
MEMORIAL EVENTS
Sep
17
Memorial Gathering
Elks Club
MT
Sep
17
Celebration of Life
11:00a.m.
The Rialto Theater
Deer Lodge, MT
MAKE A DONATION
MEMORIES & CONDOLENCES
3 Entries
My Condolences to all of the Wohlers, Hotchkiss & Henderson families. All of your love, support and friendship was so appreciated when my mom, Vivian Carlos was living there. She enjoyed watching all of the Wohlers families grow up and share so many wonderful times together. Thank you Dixie for being the family anchor for so many years. Blessings to all the family & friends. Diane Buck
Diane Buck
Other
September 16, 2021
I´m so sorry for the loss of Your mother! You have our condolences and prayers! Mary Ann Olsen & Tammy Heaney
Mary Ann Olsen
Friend
September 15, 2021
I am sorry to see this notice. My mother´s family was from Deer Lodge and we´re very close friends with the Wohlers family many years ago. My Aunt Vivian spent a few years at the ranch. I visited the cemetery just last weekend and thought of Dixie. I have some old photos of people I was hoping she might be able to identify. My sympathy goes to all of you at the loss of your sister, mother and grandmother. Blessings to you all.
Denise Giuliani
September 14, 2021
Showing 1 - 3 of 3 results