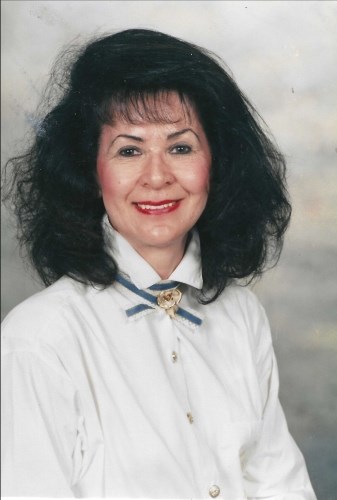 Donna and her family moved from Minnesota to North Dakota in 1952. Donna's family built a restaurant in Tioga, North Dakota. Donna's family sold the restaurant in 1955 and moved to Glasgow, MT where Donna met Bob Frank Davis in 1956 and married later that same year. That union created sons Michael and Neal who were born in Glasgow. In 1964 the family moved to Butte, MT where sons Doyle & Nigel were born. Donna and Bob divorced in 1984 and Donna never remarried.

Donna had a love of horses and spent many years riding and participating with the Petticoat Patrol and riding in many rodeos and 4th of July parades in Butte. After raising her 4 sons, Donna owned a clothing store in Butte named Donna's Fashion World which operated in the Butte Plaza Mall for many years. After closing her store, Donna became a realtor in Butte, she then worked in telemarketing and for the Butte Job Service before finally retiring in 2005. Donna loved her cat, " Kitty" and spending time at the old home sight in Butte and still tended to her yard and shrubs for many years. Donna continued to live in Butte until moving to Helena in 2019 to be closer to family. A memorial service is planned on Monday July 26th at 3 o'clock P.M. at Retz Funeral Home 315 E. 6th Ave., Helena, MT 59601. Any donations may be sent to the Lewis and Clark Humane Society, 2112 E Custer Ave., Helena, MT 59602.

Published by The Montana Standard on Jul. 23, 2021.
To plant trees in memory, please visit the Sympathy Store.
MEMORIAL EVENTS
Jul
26
Memorial service
3:00p.m.
Retz Funeral Home - Helena
315 E. 6th Ave, Helena, MT
Funeral services provided by:
Retz Funeral Home - Helena
MAKE A DONATION
MEMORIES & CONDOLENCES
Sponsored by Retz Funeral Home - Helena.
1 Entry
Dear Mike, Neal, Doyle and Nigel, I was sorry to read of your mother's death this morning. She was a lovely lady and always very sweet to me. My thoughts and prayers are with each of you. With sympathy, Rose
rose nyman
July 23, 2021
Showing 1 - 1 of 1 results