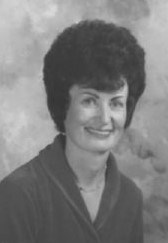 Donna Lee Thompson, age 83, passed away peacefully in her sleep on January 5, 2022, after a long, full life. The youngest of 3 daughters, Donna Lee Shea was born December 8, 1938, in Butte, MT to Irish immigrants Margaret and Daniel Shea. As she grew up in Butte, she attended St. Mary's grade school and Central High School, where she was surrounded by loving family and friends. Even years after moving away from Butte, there was always a part of her that could never leave the city and her Irish roots there. She initially attended Carroll College to study nursing but soon discovered her passion was teaching. She transferred to Western Montana College, and after two years of study, took her first job teaching in a Butte elementary school.

Soon after, she met Bill Thompson who was attending the Montana School of Mines. They were married 60 years ago on November 18. They soon moved to Wyoming where sons, Bill, and a year later, Greg were born. The Thompsons followed Bill's job with Chevron Oil from Wyoming to Texas and California before deciding that they would both pursue careers in teaching. They spent a year in Butte again, while Bill earned his master's degree in teaching and Donna taught 1st, 2nd, 3rd and 4th grades at the Rocker rural school. In 1969, the family was completed with the birth of Shawn just before they all moved to Concrete, where Bill and Donna taught in the local schools.

Donna eventually earned her bachelor's degree in teaching and subsequently attended Western Washington University to earn her master's degree in early childhood education. While she was proud of her educational achievements, her success as a teacher came just as much from her innate ability to relate to her students. The respect she showed students from a very young age, and her ability to relate to them personally, often brought students back to her years later, just to say hello or to ask advice. She taught two and three generations of some families in Concrete before retiring after 30 years of teaching.

While she was a successful teacher, she took most pride in her role as a wife, mother and grandmother. She made the family home on their little farm a joyful, nurturing place. Birthdays, holidays, and graduations were always festive and special because of her. She was not one to openly brag about her children and grandchildren, but they always knew how proud she was of their accomplishments, no matter how big or small. She was always a support for the family and never failed to recognize a birthday or anniversary. Despite not being a very outdoorsy person, she was always a good sport about participating in farming, camping, hiking, and fishing that the boys//men in her family enjoyed.

After retirement, she and Bill loved to travel to destinations across the world, often bringing along other members of the family. They made frequent trips to see children and grandchildren across the northwest, often coming to celebrate special occasions.

Donna will be dearly missed by her surviving family, who include her husband, Bill; sons, Bill, Greg, and Shawn and their wives Andrea, Traci and Danna; grandchildren, Amanda, Melia (Aaron), Casey, Briana, Tye, Ryan, Mary, Gwennyth, and Evangeline, and their partners; and many nieces, nephews, brother and sisters-in-law, and cousins. She is preceded in death by her parents, Margaret and Daniel Shea, infant brother, sisters Patricia and Maureen, and their husbands, Bill Markovich and Joe Yelenich.

A Memorial Mass will be said to celebrate her life at 11:00, Tuesday, January 11, 2022 at Immaculate Heart of Mary Catholic Church, 719 Ferry Street, Sedro-Woolley.

Published by The Montana Standard on Jan. 9, 2022.
To plant trees in memory, please visit the Sympathy Store.
MEMORIAL EVENTS
Jan
11
Memorial Mass
11:00a.m.
Immaculate Heart of Mary Catholic Church
719 Ferry Street, Sedro-Woolley, WA
Funeral services provided by:
Lemley Chapel
MAKE A DONATION
MEMORIES & CONDOLENCES
Sponsored by Lemley Chapel.
6 Entries
Or love and prayers to Donna´s wonderful husband, Bill, and the entire family. Mrs. Thompson was pure joy when she smiled or talked to you. I remember being upset because I didn´t get her as my first grade teacher. It was a privilege to know her. Rest in Glory, Donna!
Heidi and Michael Crosson
School
January 9, 2022
This very sweet kind woman was my first grade teacher back in 1972... I loved her so much!
Angela Smith Massingale
January 9, 2022
Mrs. Thompson was an outstanding teacher and a wonderful person. She taught me to read and encouraged me even as I became an adult. I loved seeing her and visited her just a few years ago with my mom. My prayers are with her family as they mourn the loss of a beautiful woman.
Stephanie Wetzel Landsem
School
January 9, 2022
Our family met Donna and Bill Thompson when we moved to Concrete in 1981. They were wonderful neighbors and I have always been indebted to them. A few months after moving to Washington, my husband was diagnosed with stage four lung cancer with three to six months to live. After school, many times Donna and Bill would bring my children down below to join me and to visit with their dad at the hospital. The next spring, Donna also made certain my daughter, Laura had a very nice 8th grade graduation dress to wear. I was spending all my time at the hospital during Cal's final days. Donna has always been a dear and special friend. We've had many long phone visits - she and Bill have nine grandchildren, 6 girls and 3 boys; and, I have nine grandchildren, 6 boys and 3 girls. Donna, if I would have had a sister (instead of all boys - 5 brothers who I dearly love) I would have wanted her to be just like you! I miss you so much!!!
Myra Roy
Friend
January 8, 2022
She was my 1st grade teacher and an amazing woman and I also rented a house from her and Bill. She will be missed for sure. The Thompson family will be in my prayers.
Van Johnson
January 8, 2022
So very sorry for your loss. Love and prayers to all the family.
Anita Hataway Green
January 8, 2022
Showing 1 - 6 of 6 results