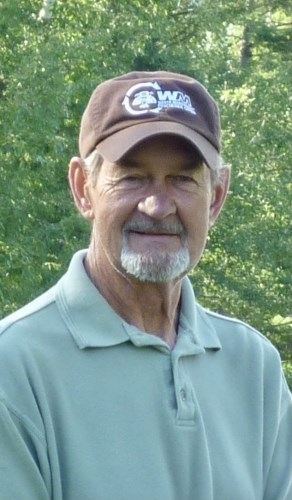 Jerome Paul "Jerry" Schutz, 78, passed away after a courageous battle with cancer on August 7, 2021 at St. Peter's Hospital in Helena, MT.

Jerry graduated from Butte High School in 1962. In August of 1968 he married Brenda (Harmon) Schutz. To this union they had 3 children, Staci Schutz Ferlicka, Jason Paul Schutz, and Jared Michael Schutz.

In 1969 a job offer as the purchasing agent for St. Peter's Hospital in Helena required them to move to Helena where they raised their family. He took a job in 1971 at Kaiser Cement later becoming Ashgrove Cement in Montana City. Jerry was a supervisor there and retired after 32 years of service. Jerry had a strong work ethic that he instilled in his children.

Jerry was a kind, loyal, and reserved man. He loved his family unconditionally. If you were lucky enough to get to know him, he would become your forever friend.

Jerry's true passion in life was Golf. He was a loyal member of Bill Robert's Golf Course where he played league for many decades. Most people only dream of getting a "hole in one". During his golf career he amassed 8 "hole in ones" a feat his family is very proud of.

He instilled the love of golf to his children and grandchildren, all of whom play golf today.

Jerry is preceded in death by his parents Pauline Regan and Paul Schutz. His mother and father in-law Ella Rae and Chester Harmon. His brothers; Petey, David, and sister; Roxanne.

In addition to numerous nieces, nephews, and cousins.

"As you walk down the fairway of life you must smell the roses, for you only get to play one round" Ben Hogan

The family would like to thank St. Peter's Hospice for their heartfelt care and compassion during this difficult time. A special thank you to nurse Heidi, Janet, and Laurell. We would also like to thank the St. Peter's emergency room staff Dr. Adam Plate, Nurse Scott P. and Kevin Dow for your kind, considerate, comforting care during Jerry's final hours.

Published by The Montana Standard on Aug. 11, 2021.
To plant trees in memory, please visit the Sympathy Store.
MEMORIAL EVENTS
Aug
14
Memorial service
2:00p.m.
Munis Sports Grille located at Bill Roberts Golf course
2201 N. Benton Ave, Helena, MT
Funeral services provided by:
Simple Cremation Montana
MAKE A DONATION
MEMORIES & CONDOLENCES
Sponsored by Simple Cremation Montana.
3 Entries
Brenda, Staci & all of the Schutz family. We just learned of Jerry's passing and are sad for your loss. Rick and Jerry worked together many years at the cement plant, and our families shared a lot of good times when our kids were young. In fact, Rick spent the night with Staci & Jason the night Jared was born. We send our deepest sympathy to all of you.
Rick & Carla Smith
August 16, 2021
Hugs to you and the family Staci!
Carla Scott
August 13, 2021
May God bless you and your family in this time of sorrow.
Barbara Smith
Friend
August 11, 2021
Showing 1 - 3 of 3 results