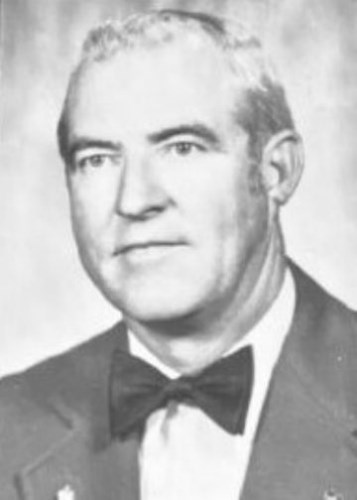 On the evening of April 29th, 2021, Marvin passed away peacefully at home in Dillon, MT with his family after a strong fought battle with Parkinson's Disease.

Marvin Faulden Lundberg was born on January 14, 1932, in Lemmon, SD, becoming the 6th child to Joseph and Ida (Weisbeck) Lundberg. He was later joined by two more brothers and two more sisters.

He attended school in Lemmon, SD until the family moved to Darby, MT, where he graduated from high school in 1950. Marv then went on to work with his cousin in Oregon until he entered the Army in January 1952. He served in the Army during the Korean War. He accumulated 25 years between the Army and National Guard serving a proud and long military career until his discharge at the age of 60.

Marvin married Marilyn Iverson on September 2nd, 1956. Shortly thereafter, they moved to Missoula, MT where Marilyn had begun teaching while Marvin enrolled in the University of Montana. In 1957, they moved to Jackson, MT where Marilyn taught for 2 years. During this time, Marv had enrolled in Western Montana College to finish his bachelor's degree. While attending college he kept himself busy driving the school bus every day to Dillon and back.

In 1959, Marvin lived in Darby where he taught in the high school, moving back to Dillon where hereturned to Western Montana College and graduated with his Master's Degree. Shortly after, he started a job with the United States Postal Service where he had a long and outstanding career retiring in 1987 as Superintendent of Postal Operations.

In 1962, Marvin and Maggie adopted a son, Mark, and in 1964 adopted a daughter, Mary Ann. He was a very proud and wonderful father. Marvin loved the outdoors and sharing it with his family, especially a good game of golf. He was a hunting guide in the Bitterroot for many years and also enjoyed fishing for salmon on the Salmon River. He also enjoyed supporting the local sports teams by being in the stands, watching the teams play, or by his radio at home listening closely. He knew no strangers, he visited with all he met, and was a helping hand to all that needed him.

Marvin wore many hats in the community and went on to inspire the formation of many long standing ventures including: The Snowmobile Club and the Dillon Federal Credit Union to name a few.

Marvin would later go on to be asked if he would be Fair Manager, he reluctantly agreed and for more than 30 years enjoyed working side by side with the 4-H and the Jaycees during Dillon's fair time. He was proud of his many years in that position and never regretted it. He was an active member of his church, Lion's Club, Elk's Club (of which he was Exalted Ruler), and the American Legion (of which he was a Past Commander). Marvin and Maggie and another couple also had a catering service for many years. One of his biggest pleasures though, was being the "head" cook at the Elk's Club.

All in all, Marvin was well-liked by all, loved dearly by his family, and always had a smile on his face. Marvin was a very happy person that was full of life. He went through life joining many organizations in Dillon, receiving many awards for the time and the love he put into his careers, and gaining many life-long friends along the way. In 2018, he received a prestigious award from the Lion's Club Foundation. The Melvin Jones Fellow Award "for dedicated humanitarian services". In the end though, there is no award available to truly reward Marvin for his dedication to his family, the community, and his careers. He was truly one of a kind.

Memorials may be given to the Lion's Clubs International Foundation or a charity of the donor's choice. The service of remembrance and celebration will be held at Our Saviour's Lutheran Church, Dillon, MT, 11 AM on Tuesday, May 11, 2021. Following the service, military honors and burial will be at Mountain View Cemetery in Dillon, MT. Reception following at Dillon Elk's Club.

To plant trees in memory, please visit our Sympathy Store.
Published by The Montana Standard on May 6, 2021.
MEMORIAL EVENTS
May
11
Memorial service
11:00a.m.
Our Savior's Lutheran Church
715 E Bannack St, Dillon, Montana 59725
Funeral services provided by:
Brundage Funeral Home
MAKE A DONATION
Please consider a donation as requested by the family.
MEMORIES & CONDOLENCES
Sponsored by Brundage Funeral Home.
5 Entries
I knew Marv 1st when he worked for the Postal Service. He always had a smile and was very pleasant. Then knew him in the medical field as he cut off the end of his finger. He wasn't going to let that stop his golf game. What a great man and he will be missed in our community! My deepest sympathy to the family. Praying for your peace.
Julie Allen
May 9, 2021
What an absolutely good,decent.kind,compassionate,warm, at peace, comfortable and confident in who he was and such a pleasure to be in his presence-I had the pleasure of cooking with Marv during National Guard weekend drills at Fort Harrison for many years and he made the weekend a pleasant experience-when I left the National Guard I truly missed not seeing him and often thought about him-he brought a little bit of heaven to each one he met and is a hero and role model for me- Rest In Peace Marv-you made this world a better place-see you in heaven my dear friend and sympathies to your precious family Thanks for your friendship Marv John Stevenson Anaconda, MT
John Stevenson
May 7, 2021
Marvin was a cheerful encourager, every time our paths crossed.
Rhonda & Ellis Boyd
May 7, 2021
We have donated to the Lions club in Memorial of Marvin. So many good memories, one is singing around the piano when they lived in Hamilton.
Ernest A Lundberg
May 7, 2021
Just learned of Marvin´s passing; want you to know I am thinking of you at this difficult time. What a very special person he was! I will always cherish my friendship with you. My dad & Marv were very good buddies, working or fishing. Remember he told me many years ago that they had so much in common & he wanted to live to the same age as my dad when he passed away - 89! It is quite a challenge to go on without these dear ones in our lives, but knowing they are no longer having medical issues to deal with helps us to accept & move on. My thoughts & prayers are with you. Sharon
Sharon Champine
May 3, 2021