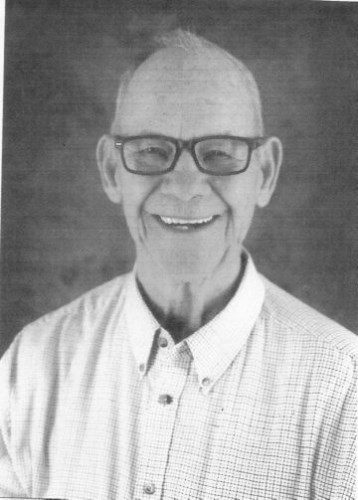 Montana has lost a college professor who was an active participant and promoter of life-long learning. He will be missed.

Dr. Reno Parker passed away September 17 in Missoula of complications from Parkinson's. He was born in Pomeroy, Washington to Tom and Sydna (Anderson) Parker. His mother died when he was three years old. Reno's paternal grandparents were early residents of Maiden, Montana.

Reno worked part-time as a miner on the 3400 level of the Leonard Mine on the Butte hill.

Reno was a member of the Sigma Phi Epsilon Social Fraternity.

Reno married Barbara (Barker) in 1960 in Great Falls. They had one son, Todd.

Upon completion of his Ph.D. Reno received a KSU Teaching Fellowship and taught Science at the KSU academic centers for two years.

Reno's wish to return to Montana was made possible when he was awarded a National Institutes of Health-U.S. Public Health Service Postdoctoral Fellowship (1971-1974) at Rocky Mountain Laboratory in Hamilton, Montana. Based on the foundation of his doctoral dissertation, Reno introduced disc electrophoresis purification processes to his fellow colleagues at RML.

From 1974-1984 Reno was a Research Scientist and co-owner of Hamilton Biochemical Laboratory (precursor to Ribi-Immunochemical). During this time, Reno was selected as a member of the President's Advisory Council at Montana State University in Bozeman. He served from 1975-1992.

Reno's love of the classroom teaching prompted him to accept a teaching position at Huron College, Huron, South Dakota in 1984. He received an "Outstanding Teaching Award" at Huron.

In 1988, Reno was offered an Associated Professorship at MSU-Northern in Havre, Montana where he taught Anatomy and Physiology to an average of 100 students per class for over 20 years. He taught up to 10 distance learning sites from Browning to Bainville at one time across the Hi-Line. He was awarded "A Friend of Nurses Award" from the Montana Association of Nurses in 2001.

In addition, Reno taught Paleontology classes during the Summer and was a member of the team from the University of Chicago in 1988 that discovered a small dinosaur, Albertasaurus Rex which was a possible new species at the Fresno Reservoir area North of Havre. If was the only one found.

Reno served as Chair of the Science/Math Department for 12 years; was co-director of the Hi-Line regional Science Fair; advisor to the science/math student organization and advisor and supervisor of the "scone booth" at the Northern Montana Fair as a fundraiser.

Reno retired in 2006 with the distinction of Emeritus Professor of Biology.

Following a move to Butte, Reno continued his interest in education by attending MOLLI classes by commuting to U of Montana in Missoula for 15 years. He was also the secretary of the Butte Historical Society and did extensive research on WWI and the Cornish ethnic group in Butte.

Reno would tell you he had a wonderful life with lots of great friends, world travels and respect and admiration of colleagues in the fields of Biological Sciences and other college teaching areas. Reno always said "I never met a college student I did not like. No one ever gave a person a better reason to keep growing and learning and feeling hopeful than a class full of good students."

Reno was preceded in death by his parents, brother, "Sport" St. Marie, Redding, California and his Aunt Violette at the age of 104 in Roseburg, Oregon.

He is survived by his wife, Barbara of 61 years of marriage, son and daughter-in-law Todd and Jackie Muchmore and grandson, Thomas. There are various in-laws, nephews, nieces, and cousins.

Cremation has taken place and Reno has requested that no services be held. His ashes will be placed in the family plot in the Rainville Cemetery in Basin, Montana.

Published by The Montana Standard on Sep. 26, 2021.
To plant trees in memory, please visit the Sympathy Store.
MEMORIAL EVENTS
To offer your sympathy during this difficult time, you can now have memorial trees planted in a National Forest in memory of your loved one.
MAKE A DONATION
MEMORIES & CONDOLENCES
8 Entries
Barbara, we were so sorry to hear about Reno´s passing! We hope you are doing OK and hope to see you soon!
Vicki & Ray Willms
Friend
January 13, 2022
We were taught by Reno in Havre. Nursing class of 1991. We were also fellow Butte Rats. We enjoyed Reno´s enthusiasm and his sense of humor. I always think of Reno when I see the Lady of the Rockies. He always called her. Darth Vader. He always challenged you in class by adding more difficult questions or problems in tests. Our sympathies to his family.
Mike and Debbie Kalarchik
School
December 23, 2021
Barbara we are so sad for loss of Reno. He was special and unique and so much fun. We sent you a card in September and it came back today, 11/11/12. Took 6 weeks for post office to return. Sorry you did not receive it. I mailed to your last address on Banks Street. Again, our sincere sympathy.
Robert and Rose Ann Mirich
November 12, 2021
Barbara, My thoughts and prayers are with you during your time of sorrow. Darryl Omsberg Cut Bank
Darryl Omsberg
October 31, 2021
I was a student of this remarkable man, he was always there for his students! He will be missed by many people!
Kathryn Hoffman
School
October 9, 2021
Deepest sympathies to you Barb! I knew he was an accomplished gentleman! Had mo idea you moved to Butte!
Janice Phillipd
October 4, 2021
Reno, AKA Doc. Encouraged his students, instilling confidence in them. He made his students feel as though they were the most important one. He always had time for anyone that came to him for help or guidance.
Sharon Campbell
School
September 29, 2021
We are so sorry to hear of Reno's passing. His obit mentions so many of his academic accomplishments but we knew him by his kindness to others. He and Barb took great care of my mom, Lois Richards and was such a good friend to her. It was because Reno and Barb would go to Oregon to see his aunt that they brought mom and Casey Jones (her dog) to Oregon to visit us. Reno would listen and do so much to help others. He will truly be missed. Take care Barb.
Carole and Dan King
Family
September 26, 2021
Showing 1 - 8 of 8 results