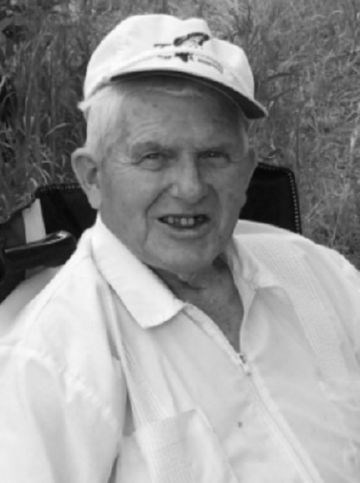 Robert "Lee" Parrett, a lifelong resident of Butte, passed away at the Southwest Montana Veterans Home on Tuesday, May 4, 2021.

Lee was born on October 28, 1931 to Walter and Ruth Rand Parrett during the Great Depression. He attended Whittier Elementary School and Butte High School, where he lettered two times in both basketball and football. A broken collar bone ended his football days, but he remained a proud member of the Silver and Golden B's throughout his life, falling two seasons short of achieving Diamond status.

Upon graduation, Lee worked for the Texas Company until he was drafted in 1951. He served in Korea in the Army's 25th Infantry Division for 13 months. He started out in combat as an Infantry Machine Gunner then moved into the position of Supply Sergeant. He returned home with the rank of Sergeant First Class and was always proud he had the opportunity to serve his country.

In 1955, he began working at the BA&P Railroad as a switchman conductor. He also met the love of his life, Cecelia Carriger. They married in 1957 and had two children. Later, Lee was hired at the Berkely Pit as a truck driver and also worked as a machinist on shovels and drills. After the Pit closed, he worked as a custodian for Butte School District No. 1 until he retired.

For many years, Lee had been a member of St Paul and Aldersgate Methodist churches. Throughout his life, Lee loved the times he spent fishing on the Ruby or the Big Hole Rivers or a drive along Vipond Park in the Pioneer Mountains. And until the untimely death of his dear Cecelia after a brave battle with cancer in 1993, he loved dancing at the Elks Lodge #240. Lee also found great joy when he would be visited by his grandchildren over the years. Later in life, he loved swimming at Fairmont, playing keno at a local casino, weekly meetings with his friends from the ARCO Retirees Club and get togethers with his family.

The family would like to give a special thanks to the entire staff of the Southwest Montana Veteran's Home for the wonderful care they provided Lee during his time with them.

Visitation will be held on Saturday, May 8th at 10 a.m. with the service following at 11 a.m. at Aldersgate Methodist Church. It is respectfully asked that CDC guidelines for wearing a mask be followed while inside the church. Interment will follow at Sunset Memorial Gardens Cemetery.

In lieu of flowers, donations may be made to the Butte Food Bank, Our Lady of the Rockies or the Shriners Children Hospital.

Please visit www.buttefuneralhome.com to offer a condolence or share a memory of Lee.

Axelson Funeral and Cremation Services has been privileged to care for Lee.