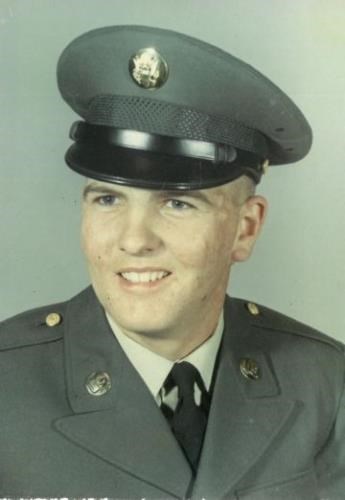 Thomas Patrick Pennell decided it was time to join his wife in heaven on November 7, 2021.

He attended Boys Central and Butte High. At 16 he decided school was not for him and went to work at Badger Mine. Mining became his main occupation. When he turned 21, he was drafted into the Army. He served in the Special Forces Unit in the Vietnam War and returned home February 1968. He went back to working as a heavy equipment operator and bartending at Met Tavern and Thompson's Corner.

He loved football (Green Bay Packers), baseball (New York Yankees), golf, and anything outdoors (fishing, hunting, and trapping). Everything his father taught him, he taught his children and grandchildren. He enjoyed meeting up with his childhood friends for the yearly Labor Day Golf Tournament.

He married the love-of-his-life, Judy, on July 27, 1968. They later found out they had known each other as kids. They were together for 49 years and welcomed three children: Pam, Tom, and Dawn.

In lieu of flowers, donations are suggested to Veterans or Shriner's Hospital.

Dad, we love and miss you. Thank you for being the best dad.

Please visit buttefuneralhome.com to offer the family a condolence. Axelson Funeral and Cremation Services has been privileged to care for Pat.

Published by The Montana Standard on Nov. 16, 2021.
To plant trees in memory, please visit the Sympathy Store.
MEMORIAL EVENTS
Dec
4
Celebration of Life
2:00p.m.
Met Tavern
1375 Harrison Ave, Butte, MT
Funeral services provided by:
Axelson Funeral & Cremation Services
MAKE A DONATION
Please consider a donation as requested by the family.
MEMORIES & CONDOLENCES
Sponsored by Axelson Funeral & Cremation Services.
3 Entries
Maureen, I am so sorry about the loss of your brother, Patrick. You are in my thoughts and prayers. May he rest in peace and may you find peace in his memory.
Naomi Sullivan
November 19, 2021
My condolences to the Pennell family. RIP Pat
Fred Johnson
Friend
November 17, 2021
Maureen, Tommy, Pam, Dawn, so sorry for your loss. You were blessed to have him in your lives, God bless and RIP Pat.
Lynn & Dennis Doherty
November 16, 2021
Showing 1 - 3 of 3 results