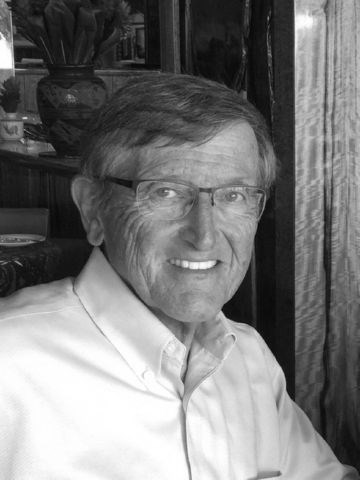 On May 29, 2021, Tim passed away peacefully in his sleep at home with his family. He fought the past several years for more time with family and friends. He won that battle and doesn't have to suffer any longer. Tim was 72 years old.

Tim was born on June 22, 1948 to Donald and Ann Reardon in Anaconda, MT. He grew up in a loving Irish family in Anaconda alongside his older sister, Camille "Cam" Reardon. As Cam's baby brother, Tim could do no wrong, and she would tell you that he generally got away with everything. Tim and Cam lived through many challenges together through their childhood and always maintained a close relationship.

Tim lost both of his parents by the time he was 18 years old. A close extended family that included his sister, grandparents, aunts, uncles, and cousins helped him to never feel alone during those difficult times. They supported him with laughter, tears, and occasional teasing throughout their growing years.

Tim looked forward to large family celebrations - picnics at Lost Creek and trips to The Columbia Gardens, where he teamed up with cousins for pick-up baseball and badminton games. He was always first on the attack when it came time for water fights and ice cubes down his cousins' back!

Following his graduation from Anaconda Central Catholic High School in 1966, Tim attended Carroll College in Helena. He spent summers at home in Anaconda working at the smelter, which added incentive to keep working hard in school and not turn those summers of hot, hard labor into a career. He graduated with a Bachelor of Arts degree in 1970 and immediately started work toward earning his law degree at the University of Montana, graduating in 1973. He treasured his time in law school at U of M, making many lifelong friends there.

Tim married Cathy Kyle in 1976 and their son, Brad, was born in late December that year. Their marriage ended amicably after six years, and they worked well together raising Brad as single parents. Tim was a great dad and role model who raised a son after having hardly known his own father.

After living on his own for 12 years, Tim married Julie in 1993. She was his partner, nurse, and best friend for the rest of his life. Tim had three stepchildren and loved all of them as though they were his own. Tim and Julie enjoyed traveling, hiking, and for the last few years, wintertime in California and Arizona.

Tim's professional successes started early when at age 33 he was appointed as the second Workers Compensation Judge for Montana. He served for 12 years before joining the Montana Department of Transportation in 1995 as Chief Legal Counsel. He also worked as Director of MDT for nearly two years. He said that his 21 years at MDT were the best of his work life. In the summer of 2020, the Montana Transportation Commission dedicated the Toston bridge to Tim as a tribute to his work at MDT. He was humbled and appreciative of the bridge dedication and had the opportunity to visit the bridge several times during its construction.

Tim was an ardent supporter of Carroll College and University of Montana athletics, particularly their football programs. Attending Grizzly football games was one of his favorite pastimes and he was at more games than those contributing to this obituary can possibly count. He valued the education students were getting while playing the game, touting their academic achievements as much their on-field success.

Being a grandfather was a great joy of Tim's. He loved playing games, reading books, loading them up on sugar, and learning about the world from their perspective. Cooking the Thanksgiving turkey was his pride and joy during his favorite holiday!

Tim was kind and respectful to all of us fortunate enough to have known him. From casual acquaintances to his closest friends, simply describing him as a "great guy" is accurate and an acceptable level of praise for Tim being the humble person he was. He will live on in stories told by his family and friends about his many acts of kindness, his incredible courage, his ability to crack jokes in the darkest of times, and how they all lived a richer life for having known him.

Tim was preceded in death by his father, Donald; his mother, Ann; his stepfather, John "Skinny"; his aunts Clara and Ruth; and his uncles Bill and Walter "Slick".

At his request, there will be no formal service. A private get-together will be held at a later date. In lieu of flowers, those wishing to honor his memory are asked to donate to the Helena Symphony or the Lewis and Clark Humane Society.

The family would like to thank everyone who supported Tim and his family over the last few years as his health declined, including the doctors, nurses, medical and hospice care staff, and the neighbors who cleared his driveway of snow during the cold winter months.

Please visit www.aswfuneralhome.com to offer a condolence to the family or to share a favorite memory of Tim.

To plant trees in memory, please visit our Sympathy Store.
Published by The Montana Standard on Jun. 6, 2021.
MEMORIAL EVENTS
No memorial events are currently scheduled.
To offer your sympathy during this difficult time, you can now have memorial trees planted in a National Forest in memory of your loved one.
Funeral services provided by:
Anderson Stevenson Wilke Funeral Home & Crematory
MEMORIES & CONDOLENCES
Sponsored by Anderson Stevenson Wilke Funeral Home & Crematory.
1 Entry
Great friend at Carroll. He was a kind man with a quick wit and a great smile. Glad he is through suffering.
Cal Ryan
Friend
June 6, 2021