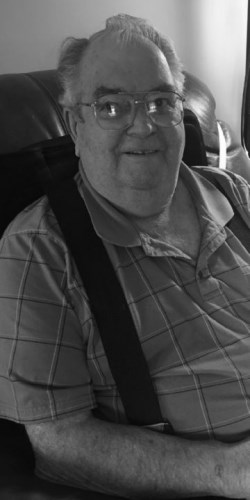 In the early morning of April 28th, Walter Joseph "Sam" Smith passed away at his home in Hamilton, one month shy of his 86th birthday. He was born in Butte, Montana on May 24, 1935 to Walter St. Claire Smith and Dorothy Isabelle Sanger Sullivan Smith. He was raised in Butte as the oldest in a family of 5, with 3 brothers and 1 sister. He attended Butte public and Catholic schools and graduated from Butte High School in 1953. One year later, in August 1954 he married Peggy Jo Paul in a union that lasted 65 years, until Peggy's passing in May of 2020.

In his youth, Sam was continually active in baseball, moving through the leagues as catcher of his team, advancing to the Butte Miners. His competitive spirit continued into adult life on softball teams, bowling leagues, golfing into his late 70's and traveling the state in trap shooting contests, resulting in several trophies. His love of the outdoors took him on many hunting and fishing expeditions throughout western Montana, Idaho and Washington. He often recalled the treasured memories of hunting and fishing seasons spent on his horses accessing the Bob Marshall Wilderness, Pintler Wilderness and Ruby Range Mountains.

He was a carpenter by trade and built his own cab-over camper and wood-hull fiberglass fishing boat that he used over the years at Georgetown Lake and Ruby Reservoir. Every summer brought numerous weekend family camping trips with cousins and family friends, beginning with Memorial Day and carrying on through Labor Day. Ever the adventurous, he took to the outdoors on snowmobiles during the winter months with family and friends from touring Yellowstone, to mountain riding and accessing back country lakes for ice fishing.

During their prime adult years, Sam and Peggy raised two daughters and two sons in Butte. One of Sam's first jobs was a meat butcher, but needing more income he transitioned to a carpenter, doing home remodels and building. He assisted in the operation of American Aluminum Siding and Remodel with his father-in-law Joe Paul for many years while in Butte. They moved to the Bitterroot Valley in 1972, where Sam built a new home in the country, west of Victor. After moving to Victor, he continued to remodel and build homes throughout the Bitterroot Valley.

Sam and Peggy sold their Victor property in 1986, spent a few years in Missoula and then moved to Seattle to be near his aging father and other family members. He continued construction work on homes around Seattle and eventually gave up the hammer & saw to become a salesman for siding & roofing jobs. They relocated to Butte in 1996, for most of their retirement years and settled in Hamilton during their last two years.

Sam was a family man at heart with a strong work ethic and conviction to always provide for his family. His Catholic faith was ever present from his youth and throughout his adult years, with service to St. Ann's church in Butte and St. Mary's mission in Stevensville. He was always present at his children's activities and especially loved to attend and cheer on his grandchildren and great-grandchildren in their sporting events. An avid spectator of sports, he watched baseball until his last days, always rooting for the Mariners. During Peggy's years as a travel agent, they were able to visit Ireland, England, China, Hawaii and places all over the US. Many winters in their later years were spent in Las Vegas, Phoenix and Palm Springs.

He is preceded in death by his wife, Peggy on May 6, 2020, his brother Louie in Nov. 2013, brother Leslie in Oct. 1997, his father in Jan. 1997, and mother in Jan. 1975. He is survived by his oldest daughter Pam Johnson of Helena, son Walter J 'Butch' Smith & wife Cheryl of Hamilton, youngest daughter Vicki Smith of Seattle, estranged son William Smith and wife Pam, brother Jim Smith and sister Jean Blackwell of Lake Stevens, WA, brother-in-law Dick Paul of Palm Springs, CA, 8 grandchildren, 14 great grandchildren and one great-great grandson. He was a good friend to many and always ready to lend a helping hand to family and friends. Rest in peace. We Love You! A memorial and burial will take place at Mount Moriah Cemetery in Butte on May 15th at 11am. A special thank you to staff at The Remington, Marcus Daly Hospice and Dr. Brenda Kirkland. Memorials may be made to 'Lady of the Rockies' in Butte or St. Ann's Catholic Church in Butte. Condolences may be left for the family at www.dalyleachchapel.com.

To plant trees in memory, please visit our Sympathy Store.
Published by The Montana Standard from Apr. 30 to May 9, 2021.
MEMORIAL EVENTS
May
15
Graveside service
11:00a.m.
Mount Moriah Cemetery
2415 South Montana Street, Butte, Montana 59701
Funeral services provided by:
Daly-Leach Memorial Chapel
MEMORIES & CONDOLENCES
Sponsored by Daly-Leach Memorial Chapel.
7 Entries
So sorry to hear about Walters (and Peggy) passing. He (they) were both wonderful people and friends. You´re in our thoughts and prayers !!
Carol & Fred Stromseth/ Corey
May 19, 2021
Sending much love and hugs to the entire Smith Family. I have so many wonderful memories of both your mom and dad from our childhood! The camping, snowmobiling and sleepovers were always my favorite things about all of you! Your dad was a special guy and I will always appreciate him coming to visit my dad when he was sick while also caring fro your mom. He will be greatly missed and always treasured!
Cindy Rutherford
May 9, 2021
Pam I was so sorry to hear about your Dad he was always such a nice guy my thoughts and prayers are with you and your family
Becky Mattila
May 9, 2021
What a great guy cousin Sam was! The memories of the entire Smith family will be forever treasured from camping, snow mobile adventures, the constant kidding and ribbing cousin Sam provided. He was a true craftsman and helped anyone including my projects and of course included the ribbing of me being a plumber trying to be a carpenter. The care both Sam and Peg gave to my brother and I as we spent summers at their Victor home will be ever appreciated and not forgotten. The Smith family will always be cherished by the Sullivan´s!! Rest In Peace cousin Sam!
Jerry Sullivan
May 9, 2021 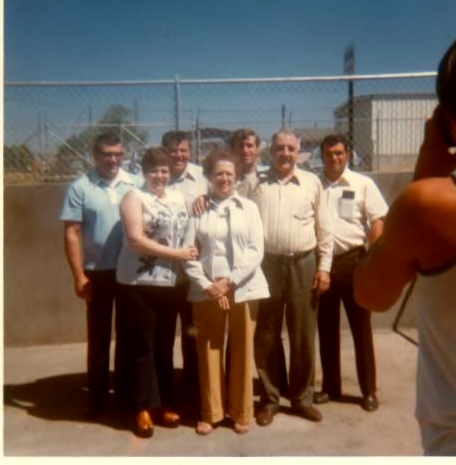 What a wonderful man my Uncle Sam was. I'll remember with great fondness his story-telling, teasing, humor and laughter. Our deep condolences to all he touched and leaves behind to continue his legacy.
Chip & Lisa Smith
May 2, 2021
R.I.P. Our Dear Friend. Lots of wonderful memories. You will not be forgotten.
Doc and Cookie
April 30, 2021
Butch, Bill, Pam, Cindy, My condolences to you and your family. John Lowney
John Lowney
April 30, 2021