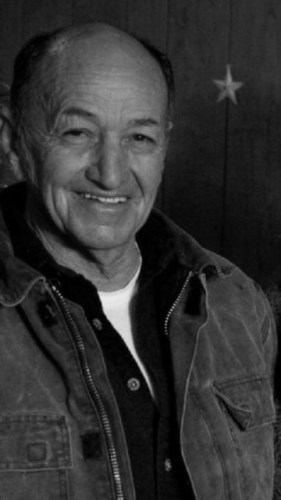 On Saturday, February 13th Don McLean pulled on his boots and put on a pot of coffee for the last time.

William Donald McLean Jr. was born October 2, 1947 to William D. (Sr) and Alice (Lohman) McLean. He was the oldest of 9 siblings, 3 boys and 6 girls. At one time he told his parents, "If you bring home one more girl I am leaving". Each one of those girls and his brothers idolized him to this day.

As a young man, spending most of his time at his uncle's ranch in Browns Gulch, Don found himself in love with horses, the land and a simple way of life. His greatest love however was his love for his family and always being there with a helping hand. He had a great love for dogs; he was like a dog whisperer. His last best friend was Itty Bitty, and he got away with more things than any other dog or child ever did (like sitting on the table and getting treats).

Not one for discipline of school, but more for just living life. Don enlisted in the U.S. Navy at the age of 17, and for four years served on the USS Constellation. As a machinist mate, he met some lifetime friends and still was in contact with them today. At the end of his service he returned to Butte where he met and later married Lynda Chornuck. They welcomed 2 children to the world, William D. III and Zanae' Denell. Later they divorced and he never remarried, but he found a great friendship with Susan Carter. They spent lots of time together whether traveling or just having dinners together. She held a special place in his heart. He loved his Sunday dinners that always consisted of roast, mashed potatoes, rutabaga's and hot tea (in the Ruth St. George's grandmother's teapot).

Throughout his working career, he was a heavy equipment operator and known as one of the best blade operators around. He retired from Montana Resources, but he often got calls from others to come and work for them. He made numerous lifetime friends in this industry working for Hunter Brothers, Mike Zemjlak, Bullock, and numerous others.

One of his proudest and most nerve racking times was adventuring out and bringing the very first power wash system to Montana (Allied Mobile Power Wash). He was very proud of this business, but being strapped for money he worked out of state as a operator, and at night he ran his Power Wash cleaning the machines that he used all day.

These were long hard days for one man to make his business work, and bring home the money to his family. He traveled lots of miles to make a living and to build a life for his family. No one realized the pressure that was on him except his kids knew and appreciated his sacrifices. He once was working in Soda Springs, Idaho where he would travel over a weekend to see his kids. He would go to Butte to get Donnie then to Great Falls to see Zanae and back to Soda Springs, Idaho all in a weekend's time to make ends meet. This was a trying time for a young family, but he didn't care what he had to do to see us happy.

In his younger years his Jeep Club friends became family; Jaegers, Michaksky's and Johnsons and they have never left his side, as well as his Morning Coffee Club that visited weekly. He cherished so many peoples friendship even though he pushed a lot away lately due to not feeling so well. Don loved to be in his garage tinkering around, or going to every garage sale he could see. He always found the best deals even though he has 10 of the items at home he still needed another.

We will never forget that sparkle in his eye or that grin on his face, he had the best laugh around. His quiet strength, his bullheaded stubbornness, the cleanest man I have ever seen and nothing ever out of place. He would take tools and put them away while his son was still using them and give the mischievous chuckle. He could rant and rave with the best of em, but he was a private man that never wanted anyone fussing over him.

Dad, you will be truly missed not only by your family but the lives you have touched in so many ways. Go be free, enjoy your coffee and Pecan Sandies, old man. You will forever be in our hearts and memories. We Love You Forever. Please watch over us with your Binoculars from above.

There will be no services at this time. A celebration of life will be held at a later date. Please visit www.duggandolanmortuary.com to offer a condolence or share a memory of Don.

To plant trees in memory, please visit our Sympathy Store.
Published by The Montana Standard on Feb. 18, 2021.
MEMORIAL EVENTS
No memorial events are currently scheduled.
To offer your sympathy during this difficult time, you can now have memorial trees planted in a National Forest in memory of your loved one.
Funeral services provided by:
Duggan Dolan Mortuary - Butte
GUEST BOOK
Sponsored by Duggan Dolan Mortuary - Butte.
9 Entries
my thoughts are with your family
edwina steward
February 22, 2021
We loved Donnie´s smiles every day at work and every time seeing him. What a wonderful and thoughtful person he was. Sending prayers to you and your family. Donnie will be greatly missed.
Mike and Molly Zemljak
February 19, 2021
Prayers and thinking of you all. I can still see that smile and him saying is that you Edwards . He sure had a way to make you laugh. Rest In Peace my friend.
Stacey edwards
February 19, 2021
Our Deepest Sympathy to Family and Friends
Frank and Connie Padrotti
February 18, 2021
RIP Don, sympathy to the family!
bryan seidita
February 18, 2021
I am so sorry to hear of Don's passing he use to stop and see my husband often if he was going by my prayers are with all of his family and friends RIP dear friend
Shelia Case Schumacher p
February 18, 2021
Don Complain you were an old soul and strong headed , you lived life Your Way, and you will be Unforgettable! Love you brother
Kathy Jory
February 18, 2021
Don Complain, a grumpy old soul with a big heart . Don you Did It Your Way and you are Unforgettable!! Love you brother
Kathy Jory
February 18, 2021
Great tribute to a great man!
Roxanne Vaughn
February 18, 2021