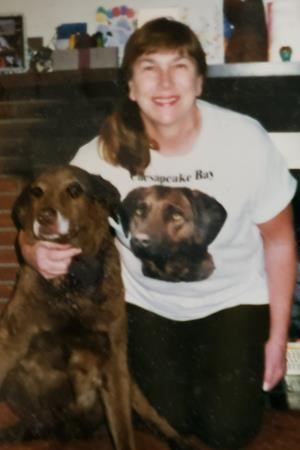 Barbara Staab Hagens Barrett, 80, passed on peacefully at her home in Kent, Washington while surrounded by her family on January 11, 2021.

Barbara was born on January 22, 1940, in Cedar Rapids, Iowa, the daughter of Lloyd and Eva Maxson Staab. On that day a fun beam of energy was cast upon our world. Her family eventually moved to Muscatine, Iowa where she attended Muscatine High School. She participated in various activities, including athletics and as a drummer in the band. She loved music and dancing, and she was crazy about Elvis! She attended the University of Iowa, joined the marching band and became a drummer with the Scottish Highlanders. She was very excited to march with them in the Rose Bowl Parade in Pasadena, CA.

In 1959, she married her high school sweetheart Wes Hagens and went on to become a boy mom with three of them in quick succession. While mothering and working, she finished her degree at Iowa with a Bachelor's degree in Elementary Education/Mathematics. She worked as an award-winning manager for the Des Moines Register, and then became the first woman Circulation Manager of the Muscatine Journal.

Soon after her marriage to Wes came to its end, and with some coaxing from her beloved brother Doug, she moved from Muscatine to the Seattle, WA area in 1980, and continued her work in newspapers as a manager with the Seattle Times. She later owned and operated Down Home Laundry in Auburn, WA.

In 1983 she married Jerry Mack Barrett. She and Jerry loved the Pacific Northwest and experienced many camping and backpacking trips on the Pacific Coast and in the Olympic and Cascade mountains. They were active members of the Boeing Employees Bicycle Club, The Cascade Bicycle Club, and The Mountaineers, enjoying day rides and group trips. Jumping in their VW camper van with their dog, they took many bicycle vacations together. They visited several parts of the country and Canada, and participated in many organized rides across states like Iowa, Oregon, Minnesota, and Missouri. After retirement, she and Jerry entered the active senior world of organized softball and volleyball in the greater Seattle area.

She loved get togethers with family and friends, and loved talking with people. She loved animals and had many four legged friends over her lifetime, including her cattle dog Ryder who was by her side at the very end of her life on Earth. She once stated that she would love to be the mayor of a city of animals. She was so genuine, so generous, and had such a great sense of humor. She once had her letter read by David Letterman on his television comedy show during his viewer mail bit. She made people happy.

MamaBarb, loving and smiling, you will always be with us along with memories of fun and happiness.

Her interment will be at Greenwood Memorial Park, 350 Monroe Ave NE, Renton, WA. A Memorial Service service is planned for a later date at the Greenwood Memorial Chapel at the same address. The funeral home website is www.greenwoodmempark.com. A Celebration of Life event is planned to follow at a Seattle-area location to be determined.

Memorials may be made to the Fred Hutchinson Cancer Research Center, www.fredhutch.org or GreaterGood, www.greatergood.com. 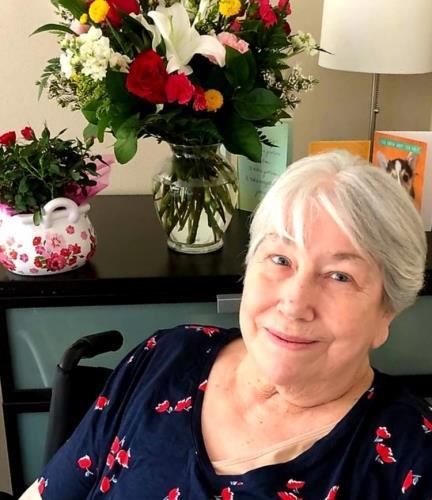 To plant trees in memory, please visit our Sympathy Store.
Published by The Muscatine Journal on Jan. 23, 2021.
MEMORIAL EVENTS
No memorial events are currently scheduled.
To offer your sympathy during this difficult time, you can now have memorial trees planted in a National Forest in memory of your loved one.
Funeral services provided by:
Greenwood Memorial Park
GUEST BOOK
2 Entries
Mike, Mitchell, and Mark. So sorry for your loss. Your mom was always nice to me growing up on Cedar st. I laugh at how impressed I was as a kid when my neighbor buddies´ mom hopped on her Yamaha 100 with her softball glove strapped to the seat and sped off to softball game. I remember thinking she was pretty cool! Mitch Miller
Mitch Miller
February 2, 2021
She could go out and play ball with the kids, cook all the meals, and go out dancing with her hubby that night. A great mom indeed!
W MICHAEL HAGENS
January 26, 2021