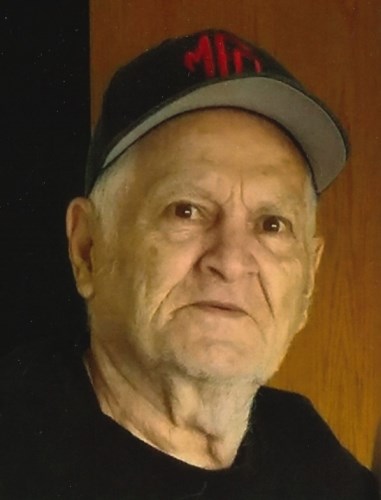 MUSCATINE-Raymond "Smokey" Kerr, Jr., 79, of Muscatine passed away on Friday, November 13, 2020 at his home. A private family service will be held. A memorial has been established in Raymond's name. Sympathy notes may be left for the family at www.sandhfuneralservice.com. Snyder & Hollenbaugh Funeral & Cremation Services of Muscatine are caring for Ray's family and his arrangements.

Raymond Leroy Kerr Jr. was born on October 25, 1941 in Muscatine the son of Raymond Leroy and Rebecca Alvina (Seltzer) Kerr. Ray proudly served his country in the United States Army. On December 18, 1972, Ray was united in marriage to Jean Anne Emerson in Aledo, Illinois. Raymond had worked for Muscatine Fire Department, Nash Finch, and did construction at various companies. He was a member of the Muscatine American Legion and a 55 year member of the Fraternal Order of the Eagles serving as President, Manager, Trustee and Cook of the Local Chapter 815. He enjoyed fishing, trapping, making a variety of foods, processing walnuts, word searches, yard work, playing cards, drinking a beer and smoking a cigar.

Ray was preceded in death by his father; half-sister, Karen Guardado and grandchild, Zachary and great-grandchild, Sadie.

To plant trees in memory, please visit our Sympathy Store.
Published by The Muscatine Journal on Nov. 17, 2020.
MEMORIAL EVENTS
No memorial events are currently scheduled.
To offer your sympathy during this difficult time, you can now have memorial trees planted in a National Forest in memory of your loved one.
Funeral services provided by:
Snyder & Hollenbaugh Funeral & Cremation Services - Muscatine
MAKE A DONATION
MEMORIES & CONDOLENCES
Sponsored by Snyder & Hollenbaugh Funeral & Cremation Services - Muscatine formerly Geo. M. Wittich-Lewis Funera.
3 Entries
Jean our deepest condolences to you and the family, have to say Smokey was the nicest person,he would do anything for you. RIP Smokey
Mike/Nan Oetzel
November 18, 2020
best fishing buddy ever and deer hunter GREATfriend will miss him till i see him again
connie /kenny
November 18, 2020
We had great fun playing Pitch at the American Legion. Always enjoyed Ray and his enthusiasm playing cards. He loved to "shoot the moon. He will be missed.
Wayne Shoultz
November 17, 2020