Barry Auerbacher, 63, of Neptune Township and Manchester, went home to glory peacefully and suddenly on Thursday, July 2, 2015. Barry was a man of deep and abiding faith, an avid organic gardener, a staunch Libertarian, a devoted husband and a dedicated, gentle, and loving father to his three children. He was also a fan of rock and roll, the amazing Mets, and those needing a hand. Barry graduated Wall High School in 1970 and Tusculum College in Greeneville, TN in 1975.

He is survived by his wife of 32 years, Marguerite (Peggy); his son, Jesse and daughter, Holly of Neptune Township,;and his daughter, Carly and son-in-law, Taylor Haverkamp of Hoboken; two sisters, Wendy Auerbacher and Robin Henner, and a nephew, Dane Auerbacher, as well as many others he loved throughout his life.

Barry's memorial will be held from 11 a.m. to 2 p.m. Wednesday, July 8, 2015 at First Baptist Church, 508 Third Ave., Asbury Park, with a celebration of his life from 3 p.m. at the Wonder Bar, Fifth & Ocean Avenues, Asbury Park. In lieu of flowers, donations may be made in Barry Auerbacher's name to: ReStore Coastal Habitat for Humanity http://www.costalhabitat.org/donate.


Published by Asbury Park Press on Jul. 7, 2015.
To plant trees in memory, please visit the Sympathy Store.
MEMORIAL EVENTS
To offer your sympathy during this difficult time, you can now have memorial trees planted in a National Forest in memory of your loved one.
MAKE A DONATION
MEMORIES & CONDOLENCES
21 Entries
July 2nd maked the one year anniversary of Barry`s passing....Here`s a few words I wrote about my Buddy that I thought some of you who knewBarry might find "something" in reading .
In Memory of Barry Auerbacher
If reading the title made you think of one of Barrys` favorite Allman Brothers Tunes , don`t worryit was supposed to.
Move over Elizabeth.
Barrys` been gone a year now and I`m still not sure how to put into words what he meant to me and to anyone lucky enough to have had Barry in their life.
I don`t like to use cliques but some are hard to avoidHe WAS there when you needed him.He WAS the strong silent type (unless something or somebody pissed him off or he was watching The Mets.) And the one that I feel the most: He`ll be missed HE IS MISSED !
Barry showed what kind of man he was most recently to me with Super Storm Sandy .After the 6' of water that swallowed my home went away something else appeared..What do ya need me to do ?
The next weeks were spent trying to pick up the pieces of my home while laughing to old stories and makin new ones. It`s important to note that of all the people I know , only ONE knocked on my door.
He had this little hammer that was only good for putting in thumb tacks. It quickly became known as Grandmas` Hammer. Every time my caulking gun disappeared ,I knew who had it, but it wasn`t worth the argument.Barry knew it was his because it was orange. I learned to just get another one. Then one day Barry carries in a handful of caulking guns I guess these are yours. It spoke volumes to me as to his character.
We would talk about music as much as we listened to it. His passion and knowledge easily equaled mine. He was very proud that he had seen Duane Allman play 5 timesthat he was there when Bruce opened for Humble Pie at the Sunshine In and Steve Marroit hollered What an opening actwhat an Opening Act and Peter Framton wanted to sign Bruce on the spot.
He had a million stories from the Early Days of Bruce and company.
He thought the world of Glen Palmer.
He loved his Wife.
He could not have been more proud of his Children,
He was like a little boy more recently when we saw Joan Jett at Count Basie.
Barry Loved JoanWhy isn`t she in the Hall of Fame ?
This is Bull!
I`m thankful she was inducted in his life time.
I`m thankful for all the cool Rock n Roll stories Barry shared with me.
I`m thankful for his friendship.
I`m thankful for his life his existence.
In a couple of weeks my afore mentioned home will be lifted 7 in the air so a new foundation can be built to replace the damaged one.
God I wish Barry was standing next to me to share the final steps of this long processBut I guess we all know.He will be !
September 19, 2016
My heart still breaks every day.... Barry was a "brother" to me. Peggy, my "sister" and Carly, Jesse and Holly - my "kids"...

I am adding my eulogy here so that it will be a part of this memory booklet.

Barry and I would have never met if it wasn't for Peg. She and I have been best friends since we were around 11 years old. As a result of our friendship, I met Barry around 35 years ago.

As silly as this sounds, one of the things I loved most about Barry was that he had nicknames for everyone my son was the big guy Carly was Tiny, Jesse was Jet and Holly was Boody. Over the years, we bonded over our love for our kids, Asbury, Bruce's music, the beach, pets, gardening, chick flicks (yes, Barry loved Chick Flicks). We enjoyed many good meals together and the kids all rolled their eyes as the stories of our glory days were re-told week after week but we laughed until we cried.

I read the following several years ago at my grandfather's funeral. It seems fitting to read it again today. For me, it sums up who Barry was as a man. Also though, Barry loved my grandfather and understood him on so many levels. We often laughed over stories of my grandfather's antics and home repair techniques - so many happy memories. So, for Barry and DJ, sharing a plate of spaghetti in heaven, please indulge me for a moment.

He has achieved success who has lived well, laughed often and loved much; who has enjoyed the trust of a great woman, the respect of intelligent men and the love of his children, who has filled his niche and accomplished his task; who has left the world better than he found it, whether an improved plant, a perfect poem or a rescued soul; who has always looked for the best in others and given them the best he had; whose life was an inspiration; whose memory a benediction.
Melanie Paggioli
April 7, 2016
Wendy was in my class in wall,very sorry
Robert Martignetti
April 2, 2016 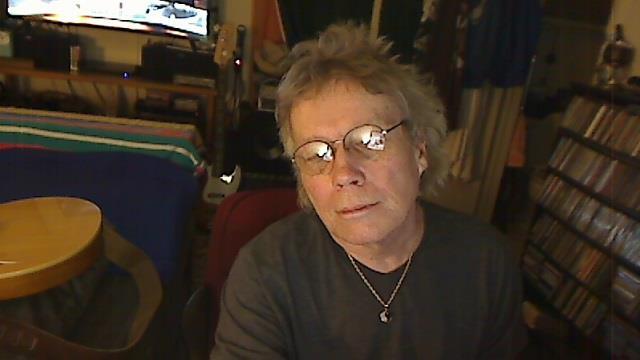 Of all the personalities circulating around Rankin Hall during my stay @ Tusculum, Barry's was one that always brought a smile. If you didn't have one, Barry gave you his. Never moody, self-absorbed, or too busy to share a moment, he was one that always came with a laugh and a ray of sunshine. Barry never met a stranger. He didn't have to take months in covert reserve to size you up. Whomever you were and whatever you brought to the game, Barry was with you, right now, wholeheartedly. If it turned out that you were a duplicitous person, or shameful in a way that Barry couldn't abide, you would only know about it if someone else told you. He was loathe to sew negativity on any level, and would bend over backwards for his friends. He was "Central Casting" for the jovial "boy from the block", the "neighborhood", where everyone was welcome, and everyone had their place. A true standup guy, good times or bad. My abiding memory of Barry has him standing with legs apart, head thrown back, arms gesturing like an Italian orchestra conductor, broadcasting... "Eh whoa!, Eh, how ya gonna act?"... "Oh, hard guy, huh?"... "Eh, whoa!" I know heaven's got a great record collection, so I'm sure "Bear's" still smiling, teasin' the angels, gettin' a laugh. You are missed, buddy. Glad I was lucky enough to share some time with you along the way. See ya again on the other side!
jack fairbanks
April 2, 2016
The NJ Libertarian Party Board is sad to announce the passing of NJLP Board Member, Barry Auerbacher. Barry was first elected to the board at our convention this past March. We are grateful for the time that we got to know Barry. Our condolences go out to his family and friends.

https://njlp.org/1725-passing-of-barry-auerbacher
March 24, 2016
Sorry to hear of Barrys passing. Also lived in Rankin Hall at Tusculum College, but a year ahead. A special time and Barry was special in his contribution. My condolences to the family.
Richard Martin
November 8, 2015 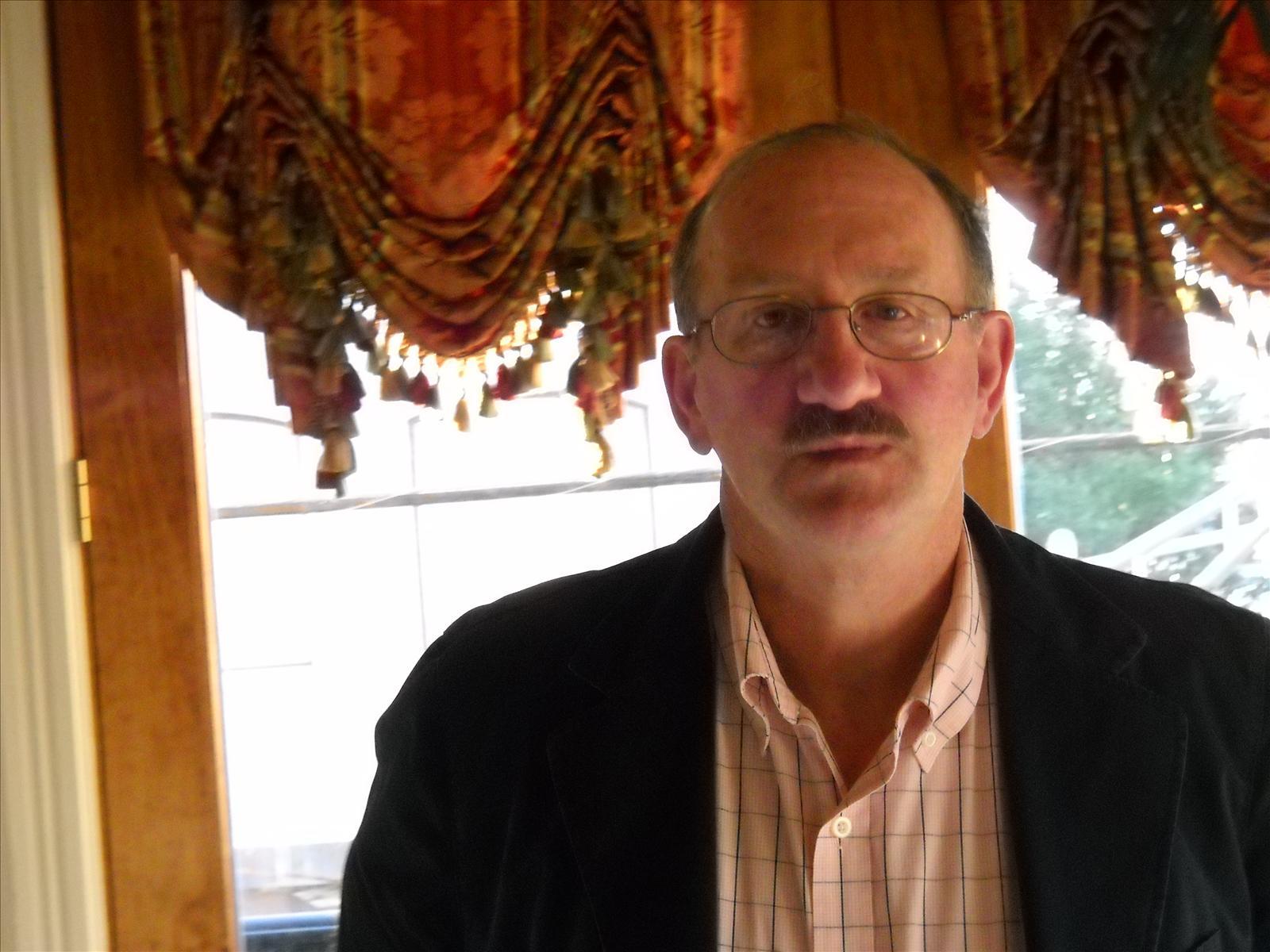 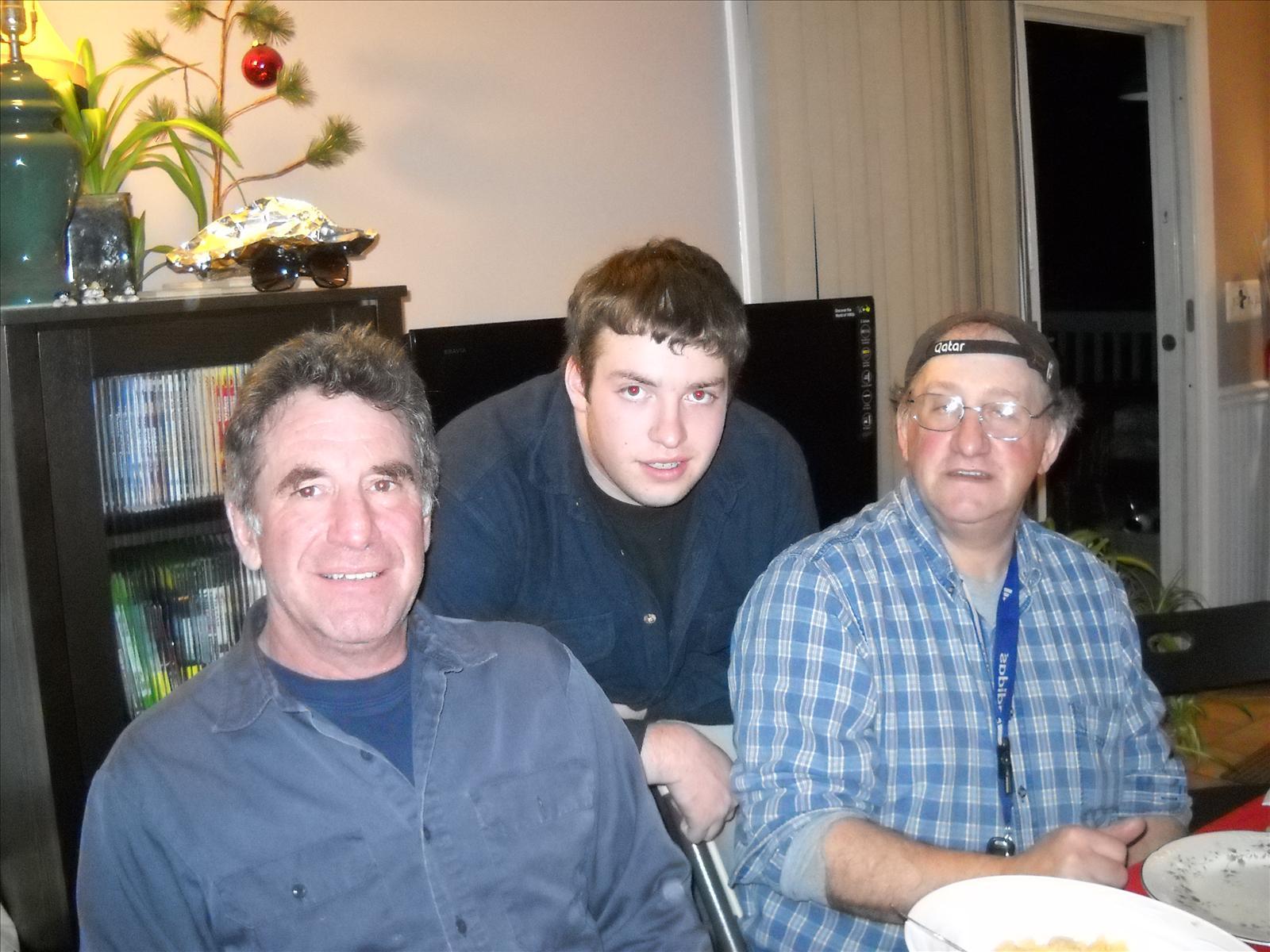 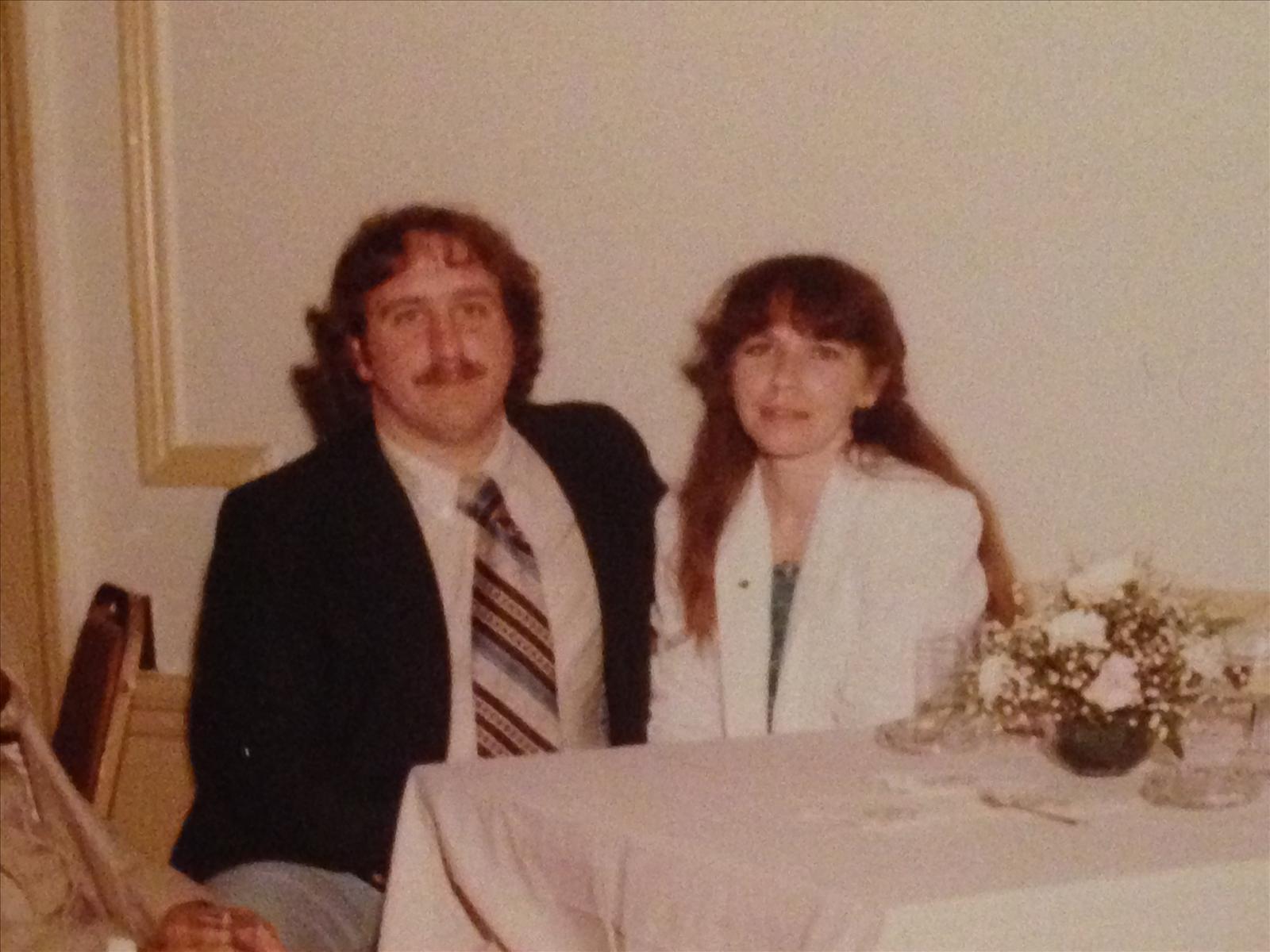 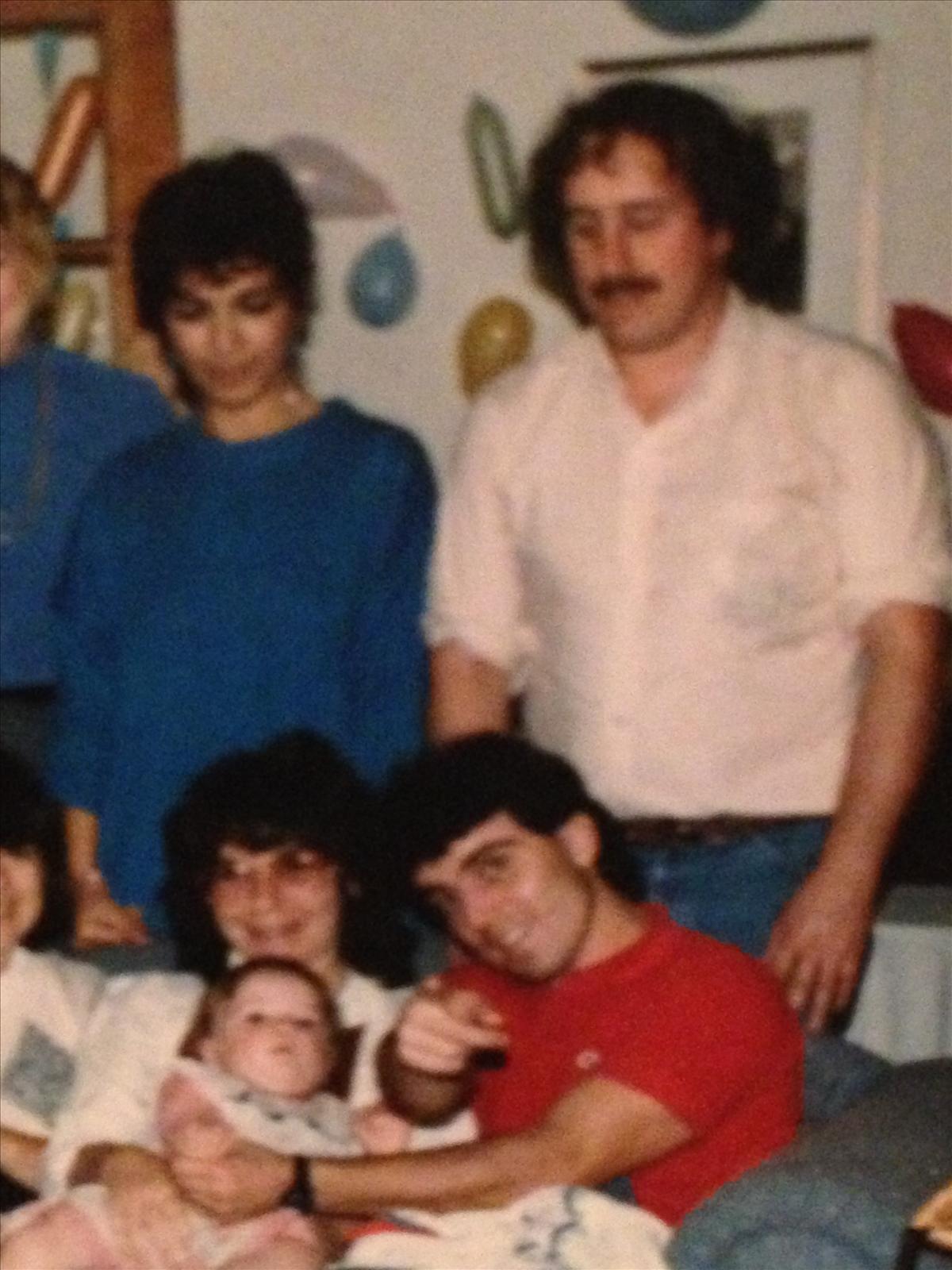 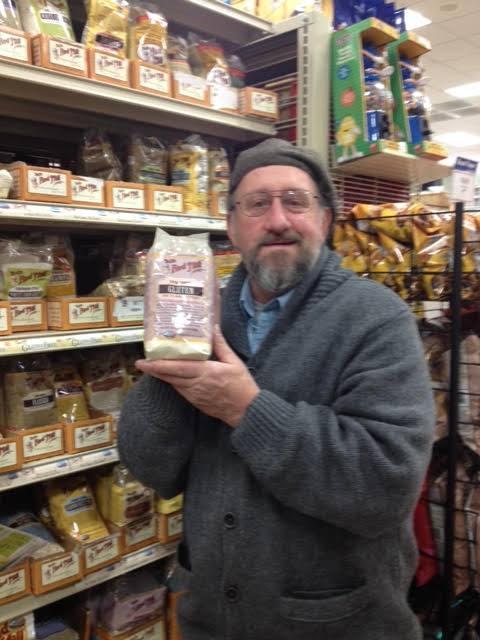 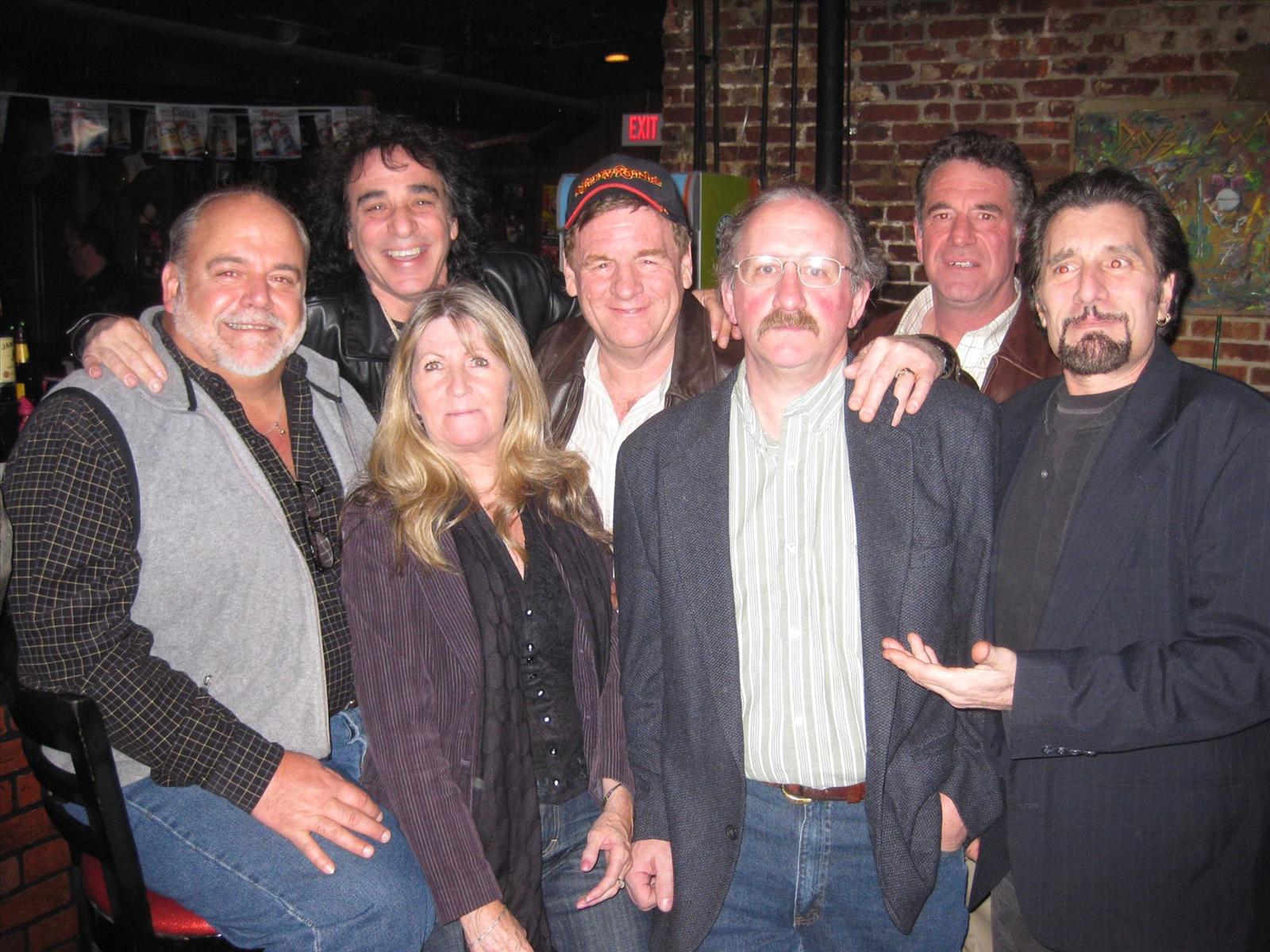 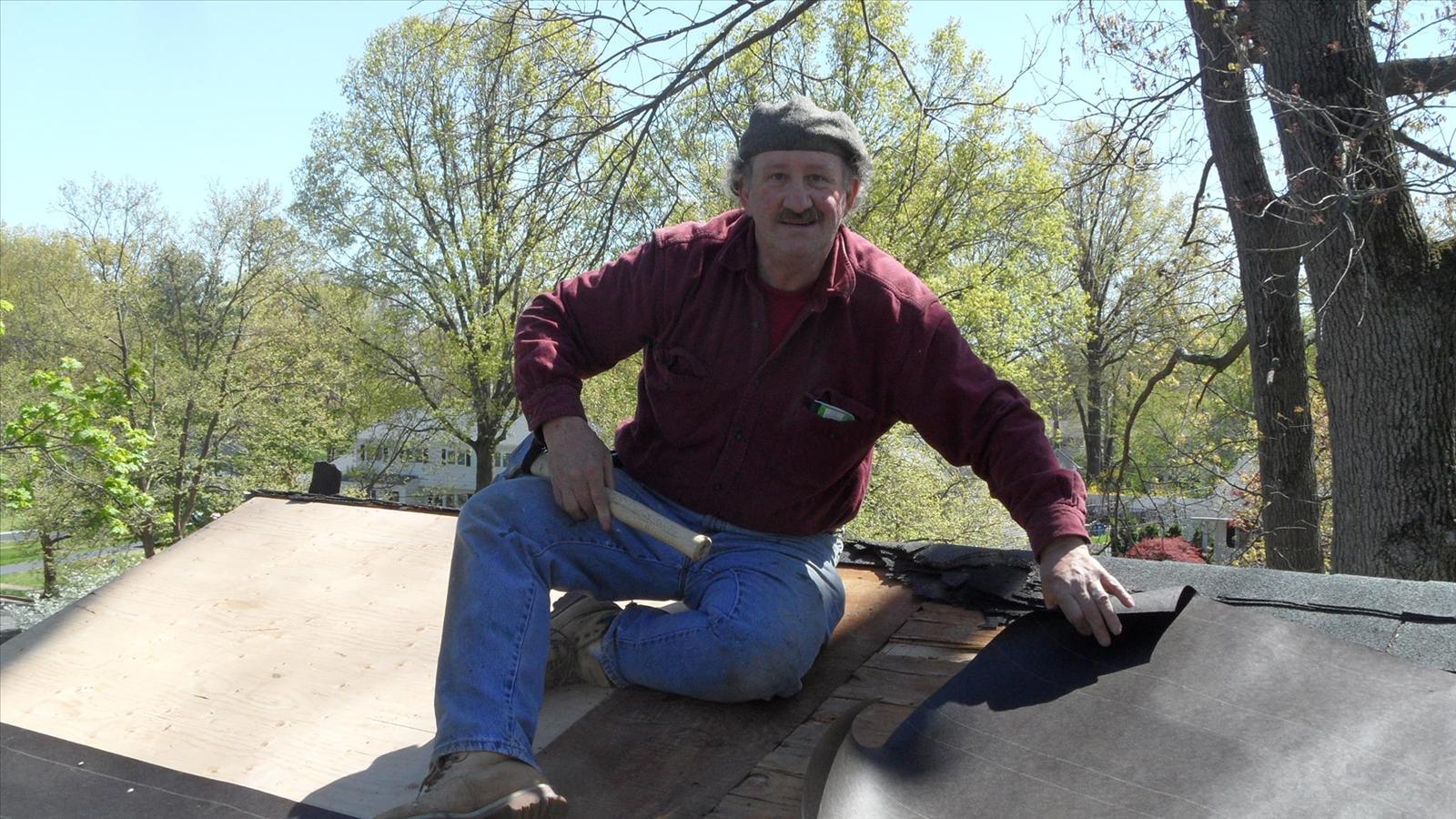 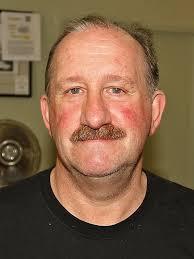 September 28, 2015
I am sorry to hear of his passing. I attended Tusculum College with Barry. A lot of fun memories in Rankin Hall from a Katherine Hall girl.
Dorretta Giglio-Mclaurin '75
September 28, 2015
I was Barry's room mate at Tusculum and I am very sorry to hear of his untimely passing. Barry was a great guy good friend during that time and I regret not having kept in touch with him these many years. My condolences to his family and all his close friends I am sure he will be missed greatly.


Marty Flynn
July 26, 2015
So lucky to have been able to call Barry a friend. Time passes quickly but a simple reach into the heart brings vivid memories. Thank you for the laughter, never forget Blowfly. Heartfelt condolences to Peggy, his children and loved ones. God bless you Barry
Dana (Meyer) Carrdine
July 8, 2015
It's been 45 years since last we shared some time, but his incredible personality won't ever be forgotten!
Joseph Emanuele
July 8, 2015
So sorry to hear of Barry's passing...peace and love to Peggy and family. Mike Bovenzi
July 8, 2015
Barry and Peggy were favorite customers at the Coastal Habitat ReStore over the years. He will be missed by our entire staff.
Habitat ReStore
July 7, 2015
Decades ago we were all so blessed to have grown up together near the beach in SLH.
I send my thoughts and prayers of comfort to your family and may his memory be eternal. God Bless you...
Dawn M. McDermott
July 7, 2015
Showing 1 - 21 of 21 results