David Hardy passed away suddenly Friday, Jan. 14, 2011 at the age of 68. He was born in Plainfield, NJ and was a graduate of Plainfield High School, and Fairleigh Dickinson University. His newspaper career began as a sportswriter for the Courier News in Plainfield where he gained national recognition for his eyewitness account of the Plainfield riots and his testimony years later before the National Advisor Commission on Civil Disorders (also known as the Kerner Commission). In September 1967, he went to work at the New York Daily News as a general assignment reporter and then as a Personal Executive, returning to the News in August 1972. During his second tenure with the Daily News, Hardy covered a wide range of issues, with a primary focus on investigative reporting and politics where he developed a reputation for exposing political corruption in Hudson County, NJ, and its county seat in Jersey City. Hardy's reporting on Hudson County governmental and political affairs earned him numerous awards and commendations. In 1986 Hardy was honored with the United Press International Investigative Reporting Award for New York State for a series of articles on convicted ex-New Jersey State senator David Friedland, who while working as a federal informant faked his death in the Bahamas to avoid jail and became the subject of an international manhunt by the FBI for more than two years. In 1986 David Hardy was nominated by Daily News for the Pulitzer Prize in investigative reporting, and in 1987 the New Jersey Chapter of the Society of Professional Journalists honored Hardy for excellence in feature writing. Hardy had also been a union activist and was at the forefront of the struggle against racial discrimination in the newspaper industry and ultimately found himself cast as the lead plaintiff in a successful seven-year legal battle in New York Federal District Court over employment discrimination at the Daily News during the 1980s. In 1989 the Urban League of Hudson County presented Hardy with its Whitney M. Young Award, citing his efforts "in pursuit of equality for all." Hardy's battles against racism in the newspaper industry have been spotlighted in the book "Volunteer Slavery" by Jill Nelson and in a volume titled "Within the Veil" by NYU journalism professor Pamela Newkirk. In recent years David Hardy worked as a part-time writer at Dow Jones and Dorf Feature Service, which is part of the Star Ledger newspaper based in Newark, NJ and was at the time of his death, at work on a book tentatively titled "The Wheels of Providence", which chronicle the interlocking dramas of his struggles against racism while working diligently to expose the injustice to the wrongfully accused ex Mayor of Weehawken while pursuing his flamboyant accuser, the fugitive David Friedland.

To plant trees in memory, please visit our Sympathy Store.
Published by Courier News on Jan. 18, 2011.
MEMORIAL EVENTS
No memorial events are currently scheduled.
To offer your sympathy during this difficult time, you can now have memorial trees planted in a National Forest in memory of your loved one.
MAKE A DONATION
MEMORIES & CONDOLENCES
20 Entries 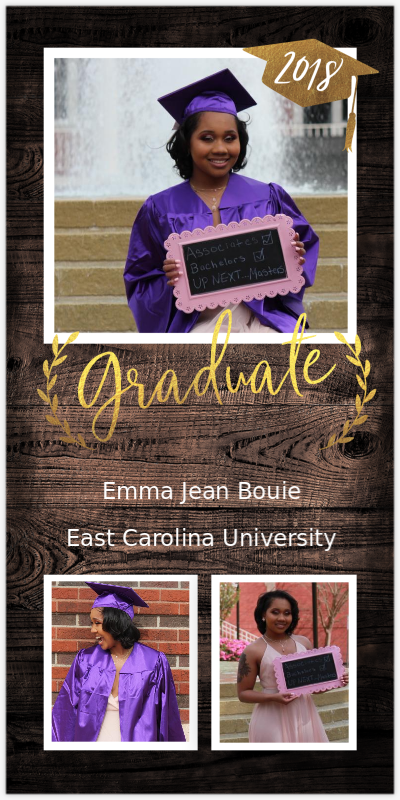 I'm yelling up to heaven to tell you " YOUR GRANDDAUGHTER IS A SCIENTEST !" As I have told Emma. I know you would have been at her college graduation & her grad school graduation if you were here. The many community service actives she participates in. Her work with minority girls to get them interested in Stem Science. She reminds me so much of you. I use to tell her growing up she had you brain. Raising Emma had been some of the best years of my life. Emma will pursuing her PHD degree this fall at The University Of Memphis, or Ohio State University. She hasn't decided yet. I know you are in heaven marveling at the incredible young lady she has become. I remember the last phone conversation you two had. A few weeks before you passed. You were always there for Emma. Thank you Mr. Hardy from the bottom of my heart.
Chana Bouie
Family
January 12, 2021
Dave was my brother not by blood, my best friend and an angel to all he loved. He still is. God bless Jackie and her children, David Jr and Dalyn and their children and all of Dave's beloved family and friends who I know still bask in his love and the example he provided for all of us to act with courage each day we are blessed to be here.. God bless your beautiful soul dear brother. I miss you every day!! And I know you continue to act as an angel for each of us and provide us with the courage and strength to fight for those who need our help each day. Rest in peace.
Love you,
Barbara
Barbara Comerford
Friend
January 12, 2020
Dave, I miss you terribly and I pray you are at peace. You've fought all your life and now it's time to rise to your rest. I feel such a void in my life. I am so grateful Earl Caldwell introduced me to you nearly 10 years ago. Thank you for being the father figure I never had. I will always cherish our long phone conversations and dinner at The Office in Montclair. In my heart you will always stay.
Brenda Godbolt
January 31, 2011
Sending condolences to DH's family, friends and those lives he had an impact on. There are many lives that now have one less touch supporting them with your passing.
Susan DeBaun
January 26, 2011
Dad i will always remember the memories you have given me throughout my life which is the greatest gift any father can give a child. Your grand children will forever remember the times they spent with you as well. I hope that i can continue your legacy and touch as many people as you have. I look forward to talking and seeing you in my dreams and please continue to guide me. I would like to thank everyone for there kind comments and memories of my dad. Today i have never been more proud to have you as a dad and a grandfather to my children. Dad I hope you are finally at peace and i will hope to see you soon..ASNF (a son never forgets) Love always Champ
January 20, 2011
Thinking of the Hardy family and sending sympathy and prayers at this time of loss. Friends of David from many years ago.
Bernice King &Charlotte Pierre (Hayden)
January 20, 2011
My condolences to the Hardy family.
I didn't know Mr. Hardy. I was listening to Ann Trip this morning on the radio and what she said about Mr. Hardy peeked my interest and I looked him up online. It was wonderful to see he was from Plainfield! I am from Plainfield, born and raised. Right now Plainfield is constantly in the news for all the negativity that goes on there. It is refreshing to read about a fellow Plainfielder who did something to help humanity. Inspite of all the negativity there is good that comes out of Plainfield and good will continue to come out of Plainfield. Hopefully the Mayor and the city of Plainfield find a way to celebrate this mans life.
Rest In Peace David Hardy
Karen Roberts-Oldacre
January 20, 2011
A true gentleman in every sense of the word, Dave Hardy was a giant of a man in my eyes, literally and figuratively.

I had the distinct honor and privilege of working with, and alongside, Dave at The Star-Ledger. And I relished every moment.

The epitome of dignity and class, Dave was a mentor, a confidant and, most importantly, a dear friend.

Dave promised me that when he finished his novel, he and I would share a limo and we would celebrate with an all-nighter.

I will keep you to that promise, my friend, when we meet again.
Tom Barrett
January 19, 2011
To my "Brother" Dave:
If it were not for you I would have never left my job as a Clerk Typist in the Hudson County Prosecutor's office oh so long ago. You encouraged me to be the best I could be. Thanks to you I lived my dream of becoming a lawyer and helping the sick and disabled. God Bless you my "brother". You are now with my biological brother in heaven where angels like you both belong but where those of us here miss you terribly. I will miss you forever my dear friend. As always, Barbara
Barbara Comerford
January 19, 2011
My thoughts and prayers are with you, Hardy family. I knew Dave when I worked at Dorf and he was a joy to work with and talk to. He gave me some great advice on writing and I haven't forgotten any of it.
Jen Gaynor
January 19, 2011
"...in pursuit of equality for all." ..not a bad legacy...rest in peace David...

Marcia Leslie, New York, New York
January 19, 2011
what a fantastic person he was his sister Jackie is made from the same cloth my prayers are extended to the entire Hardy family so that God will give you peace of mind through this difficult time........PatCleveland
pat cleveland
January 19, 2011
I will always appreciate Dave's fierce spirit and keen observations about people and life in general. Thanks Hardy family for sharing him with us. Thanks Dave for fighting battles that others only dreamt about. Thanks for being a wonderful colleague and friend. Our loss is heaven's gain.
Claire Serant
January 18, 2011
Please accept my sincere condolences during this time of your loss.
May you find comfort in knowing that God is "near to those broken at heart and those crushed in spirit he saves." Psalm 34:18
G. Williams
January 18, 2011
Love to the entire Hardy family. It is never easy to lose someone you love. Wonderful tribute to his life, his children and grandchildren will undoubtedly continue to do wonderful things, and his memories will go on through the generations.

Amy Juras and Family
January 18, 2011
Every report card when I would get straight A's. My mother would tell me that I get my brains from my grandfather (Pop pop). I will always remember our lunch dates at Five Guys, and the way he would call me Miss Emma Jean. When I last talked to Pop pop 2 weeks ago, he asked me to tryout for track in the spring. Pop pop, I will tryout for you, and when I run I'll think of you.
-Your Favorite Granddaughter, Emma
P.s I planned on calling him this weekend, to tell him when he calls me his favorite granddaughter, it was brought to my attention that I was his only granddaughter! =) it makes me laugh now when I think about it. Pop pop had me going there for a while.
Emma Bouie
January 18, 2011
My heartfelt condolences to the Hardy family.
Annette Herrmann
January 18, 2011

Mr Hardy was a man of great wisdom, who was always willing to impart his knowledge on those around him. He was also very giving, and had a softer side to that polished exterior. I will forever treasure the days of sitting in his sunroom watching him lovingly bounce my son John on his lap, or inadvertently putting John's diaper on backwards. It was that gentle love between a grand-dad and his grandson that fills my memories of Mr Hardy. My prayers are with the family.
Arnita
January 18, 2011
David was a good man who always carried himself with dignity and treated co-workers with the utmost professionalism and respect. My condolences to his family.
--Guy
January 18, 2011
Loved ones of Dave Hardy,
I am so sorry for your loss. Dave was a class act who inspires his fellow journalists. His passing on the weekend of Martin Luther King Jr.'s birthday is not just a coincidence. He deserves to be in our thoughts at a time when the country is focused on the battle against racism. I am proud to have had the chance to work with him and to call him a friend.
Tim McClain
January 18, 2011
Showing 1 - 20 of 20 results