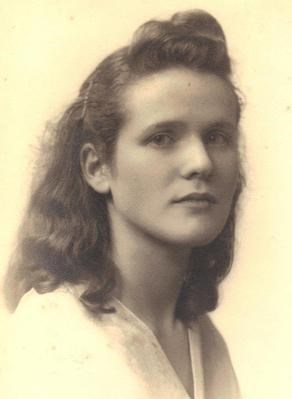 Dr. Doris Watson, 93, of Oakhurst, died peacefully at home on August 18, 2015. Doris, daughter of Justus Morton Smith and Nellie Chittick Smith of Oakhurst, was born in Long Branch in 1921. She graduated eighth grade from the Oakhurst School. After high school in New York, Doris received her bachelor's degree from Lebanon Valley College, Pa., and her Master's and Doctorate in Education degrees from Teachers College, Columbia University.

Doris was an organist and choir director at First Presbyterian Church, Staten Island. She was the first person instrumental in incorporating English handbells into American churches. In 1947 Doris, as director of the youth choir in the Brick Presbyterian Church, N.Y.C., began a training program in the use of handbells. She served with great distinction there until 1955. With her background of training in voice, piano, and organ, and her many years in choir work, Doris brought the art of bell ringing and the contribution of the Bell Choir to a high state of perfection. Her book, "The Handbell Choir," a manual for church, school, and community groups, was published in 1959 by the H.V.Gray Co., Inc. Also in the 50's Doris appeared on the Ed Sullivan Show with her handbell choir and other T.V. shows as well.

Later, Doris was an elementary and music teacher in the Twp. of Ocean school system for 30 years. At the same time, Doris was a soloist in the Unity Church, Asbury Park. She also was the organist for other churches in the area.

Doris then became the organist and director of music for 19 years at the Lutheran Church, West Long Branch, where she retired in 2010. For 25 years, Doris and her husband, George, coordinated the music and directed all the handbell choirs in the Tri-State area at an annual Handbell Festival held each year in various churches where all choirs came together.

Doris traveled all over the U.S., camping first with her husband, and later included her two sons. As a family, they loved the outdoors and, of course, their great love for music encompassed their entire lives. Later, Doris traveled internationally to handbell conventions and various functions.

Doris is predeceased by her parents, Justus Morton and Nellie Chittick Smith, her husband, the Rev. George M. Watson, her brother and sister-in-law, Reginald and Eloise Smith, and aunts, uncles and cousins.

To mourn her loss are her sons, Dexter and Dow, Oakhurst, her nephews Reg and Laurin, of Georgia, her niece, Ellen Bryant, North Carolina, some great-nieces and nephews and a host of dear friends whose lives she influenced throughout her life.

A memorial visitation will take place on Saturday, August 29, 2015 from 10am to 12pm with the service beginning at 12 noon at Bongarzone Funeral Home, 2400 Shafto Road, Tinton Falls. In lieu of flowers, donations in her memory can be made to Interfaith Neighbors, 810 Fourth Avenue, Asbury Park, NJ 07712, www.interfaithneighbors.org For online condolences, please visit Doris' memorial website at www.bongarzonefuneralhome.com

Published by Asbury Park Press on Aug. 27, 2015.
To plant trees in memory, please visit the Sympathy Store.
MEMORIAL EVENTS
To offer your sympathy during this difficult time, you can now have memorial trees planted in a National Forest in memory of your loved one.
Funeral services provided by:
Bongarzone Funeral Home
MAKE A DONATION
MEMORIES & CONDOLENCES
6 Entries
Almost 40 years ago Dr Watson was my music teacher. She was the best... she was so passionate about her work and encouraged us to love music. 'The Rose' was the hot song at the time and we played it ALOT! As one of her bellringers for many years, I remember marching in the local parades and performing at many school events....she was a perfectionist with the bells and we loved her. I also met my best friend in her 6th grade music class, so we have fond memories and laugh at how we got in trouble for chatting too much.
Dr Watson was a lovey, passionate person and I am happy to hear she enjoyed a very long life. Best to her sons and the rest of her family. RIP
Liz Hagan-DeMott
August 30, 2015
My deepest condolences to her family. Dexter always spoke of her with such warmth and reverencea long life, well livedshe will be greatly missed.
Roberta Lipp
August 29, 2015
Dear Doris, You will be greatly missed not just by Dex and Dow and your family, but by all of us whoever met you! God Bless you... and my deepest condolences to Dexter and Dow!
Biff McKeldin
August 28, 2015
My deepest condolences to Dexter and Dow on the passing of their beloved Mother and to the entire Watson clan. What a lady! What a life! God bless.
Jennifer Callan
August 28, 2015
I never met her or even heard of Mrs. Watson until I read her obituary. What a wonderful person. I would have loved to me her.
Kevin O'Connor
August 27, 2015
I do not recall meeting Doris but heard a lot about her and the boys from her husband George. I went back to work for NJ Taxation in 1975 and went to pensions with questions and met George. We instantly started a car pool. His talking about the hand bells made an impression on my wife who read the obit and left me a note to see if this was the person she had heard about. My condolences to all.
Frank Ryan
August 27, 2015
Showing 1 - 6 of 6 results