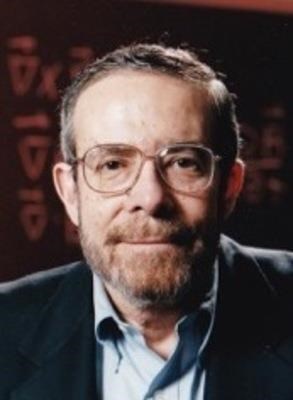 Harold Zapolsky passed away on Tuesday evening at Robert Wood Johnson University Hospital in New Brunswick. He was 80 years old.

Professor Zapolsky was born and raised in Chicago and attended Shimer College (at that time a part of the University of Chicago), graduating in two years with a B.S. in Physics at the age of 18. He did his graduate work at Cornell University, where he wrote his Ph. D. thesis on quantum mechanics. In 1962, he moved to New York City, where he worked at the NASA Institute for Space Studies. A year later he moved to the Washington D.C. area, where he taught physics as an Assistant Professor at the University of Maryland and served as the Program Director for Theoretical Physics at the National Science Foundation. In 1973, he was recruited to join Rutgers University as Chairman of the Physics Department and moved to Highland Park. Following his six-year term as Chairman, he continued to do research and teach generations of Rutgers students as a Full Professor until his retirement in 2007. He moved to Somerset in 2012.

Over the course of his life, Professor Zapolsky had an unusually wide variety of professional and personal interests, including mountain climbing, astrophysics, sailing, special relativity, classical music, chaos theory, and pool. But his strongest lifelong passions were teaching science, exploring the world, and spending time with family, especially his grandchildren, whom he adored.

Professor Zapolsky is survived by his wife, Leonor Conzevoy of Somerset; and his children, step-children, and their spouses, David Zapolsky and Lynn Hubbard of Seattle, WA, Sarah Zapolsky and David Williams of Alexandria, VA, Oriana and Tom Pascarella of Clifton Park, NY, and Nicholas Cortes and Trish O'Donnell of Orlando, FL. He is also survived by his sister and brother-in-law Bette and Stan Segal of Phoenix, Arizona, and his grandchildren Ian Zapolsky, Samuel Turshman, Robert Williams, Sebastian Pascarella, Luca Pascarella, and Lilia Pascarella. He was pre-deceased by his first wife, Lois Zapolsky.

Cremation was held privately under the direction of Gleason Funeral Home, 1360 Hamilton Street, in Somerset. A memorial service is expected to be held at a later date.

In lieu of flowers, the family suggests that memorial donations be made to the Lois Zapolsky Memorial Prize at Douglass Residential College, Rutgers University. Checks may be made payable to the Rutgers University Foundation, with a memo note of "Lois Zapolsky Memorial Prize," and mailed to Development Office, Douglass Residential College, 125 George St., College Hall, New Brunswick, NJ 08901.


Published by Home News Tribune on Sep. 18, 2016.
To plant trees in memory, please visit the Sympathy Store.
MEMORIAL EVENTS
To offer your sympathy during this difficult time, you can now have memorial trees planted in a National Forest in memory of your loved one.
Funeral services provided by:
Gleason Funeral Home
MAKE A DONATION
MEMORIES & CONDOLENCES
Sponsored by Gleason Funeral Home.
0 Entries
Be the first to post a memory or condolences.