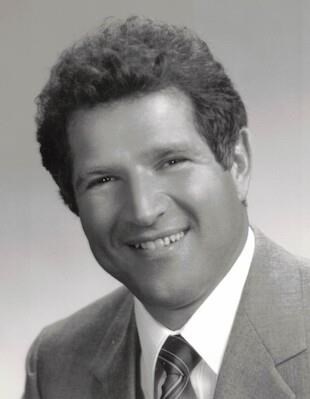 Jay was born in Jersey City on November 8th, 1933 to immigrant parents, Ida and Phil Heyman. He was named for his great-uncle Jay, who spearheaded the family's journey from Eastern Europe to America. Jay grew up in Free Acres, a unique community adjacent to Berkeley Heights, once composed of socialists, artists, and those who were grateful just to be out of a city. It was a location so appealing that his parent's in-laws moved into the neighboring house. Jay was the last survivor of the four cousins who played on an undivided lawn and in the undeveloped woodlands. Egged on by his older brother Arthur, Jay loved outdoor adventures. He cherished his canoe and became a strong swimmer. His lifetime of outdoor sporting activities included scuba diving, snow and water skiing and deep sea fishing.

His idyllic boyhood included the Boy Scouts, where Jay learned from leader Floyd "Boss" Taylor. They forged a lifelong relationship after Jay achieved the honor of Eagle Scout in his teens. He would also earn the Silver Beaver Award and was so accomplished a scout that he was asked to keynote a scouting convocation. But when the organizer asked about a bio for an introduction he replied, "If the speech is good, it will be proof of the awards. If the speech is bad, the awards won't help."

In college in the mid-50s, Jay joined Syracuse University's Omega Pi Alpha, eventually becoming its president. At a time when Greek societies routinely segregated themselves by both race and religion, Omega welcomed anyone. Jay was proud it had been started by Korean War vets who felt that if they'd served together, they'd be damned if they'd separate in civilian life. Six months before graduation from Syracuse, he married his college sweetheart, Charlotte Krouner, with whom he had two children, Karen and Bruce.

As the second-generation owner of Fabricland, he created the legendary retailer that people from central NJ know and love. His father started the firm as Chain Decorators in Plainfield in 1934. But it was Jay who changed the name to Fabricland, directed the construction of the iconic triangles and introduced the products and fashion shows that made the store known all around the world. Today the store carries on, run by the third generation under the Metropolitan Window Fashions banner.

At Fabric Land, he met the love of his life, Gertrude, mother of his four step-children Yvonne, Susan, Anita, and Alan. Jay was hailed as a 'marketing genius' for his innovative programs and promotions. In 1978 he was honored as International Retailer of the Year by Intersew, a global needle arts organization. He was the President of the American Home Sewing Association for many years and in 1996 Fabricland was honored as New Jersey Family Business of the Year by NJ Monthly Magazine.

As Jay and Gertrude traveled the globe to buy fabrics for their discerning customers, they caught the travel bug that led them to visit over 50 countries in six continents. They eventually bought a travel agency in New York City in the 1980s'. Their travels took them to exotic locales like Angel Falls in the Amazon, Bhutan, Easter Island, the former Soviet Union, China and Antarctica just to name a few. Jay also earned his pilot's license, eventually owning a twin-engine Cessna. Always a thrill seeker, his family was greatly relieved when the 'small plane' phase passed.

A life-long resident of his beloved New Jersey, he and Gertrude, seeking warmer winters, bought a home in Cancun in the 1970's, at the time merely a tiny resort surrounded by jungle. But life begins to contract as you get older. In their 70s, they realized Cancun was too far from home, and moved to the Outer Banks of North Carolina for winter. In their mid-80s, they would still make the twelve-hour drive from New Jersey. They had a lengthy and peaceful retirement. She would make gourmet meals while he volunteered at a food bank. Yet, time can't be defeated. In the final contraction, they sold the North Carolina house, and his last days were spent only seven miles from where he grew up at the Center of Hope in Scotch Plains.

To know Jay, was to love him. He always had a smile and kind words for everyone he met. Jay always made you feel better about yourself. He taught his children to respect everyone, no matter their status. His employees, past and present, held him in the highest regard. He was a popular member of the Watchung Lions Club and Oakwood Road Association for decades. Despite a lifetime in business and life's many tragedies, he always maintained his optimism and faith in humanity. His love and great humor will be deeply, deeply missed. But every time we feel the pain of his loss, we are cheered by his own words: "I had a great life."

The family wishes to extend its sincere gratitude to the doctors and the community of people that have provided much support to Jay and his family over the last few years. In lieu of flowers, the family would appreciate donations to the Center of Hope, in memory of Jay Heyman, 1900 Raritan Road, Scotch Plains NJ 07076.


To plant trees in memory, please visit our Sympathy Store.
Published by Courier News from Apr. 9 to Apr. 11, 2021.
MEMORIAL EVENTS
No memorial events are currently scheduled.
To offer your sympathy during this difficult time, you can now have memorial trees planted in a National Forest in memory of your loved one.
MEMORIES & CONDOLENCES
4 Entries
My mom, Lottie Gordon worked with Jay and Gertrude for many years at Fabricland. I remember employee family gatherings at their home and remember Jay as a fair, kind employer and always smiling. I also worked there while in high school. It was a nice place to work and everyone was treated as part of their family. So sorry to hear this. My prayers are with Gertrude and the family.

Nancy Gordon
Friend
April 16, 2021
We lived near Jay on Oakwood Rd and he as a great neighbor!! Our condolences to the family . Anthony and Christine Sa
christine sa
Neighbor
April 12, 2021
Gertrude was my BFF since the age of 12. Our lives were connected through adolescence. I met Gert via Bob (Pocius) who sadly was lost some years ago. Our lives interspersed for years (Gert went into labor with Alan while attending Marc's Bris). When Jay and Gert became a couple, he entered into our "family" relationship. Memories together at Watchung and Can Cun, enjoying their hospitality and friendship. Geography has interceded in our present lives, but years do not erase the foundation of past close ties. I was happy to have Anita visit with me in Palm Beach a few years ago. Condolences to Bruce, Karen, Alan, Yvonne, Susan and Anita. In sadness, Natalie.
Natalie Hunter
April 10, 2021
We offer our deepest condolences to Gertrude Karen Bruce Yvonne Anita Susan Alan and their families. Gert and Jay and all of you were very special to my mom and our family. I am glad Anita and I arranged to meet in Red Bank five years ago as I got to see you Gert and Susan as well as Jay. Our thoughts are with you all. Paul ([email protected])
Paul Lewis
April 10, 2021
Showing 1 - 4 of 4 results