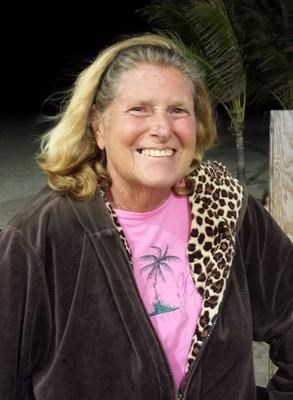 Virginia R. Vellinga, 72, a longtime resident of Neptune, died Saturday, June 11, 2016 after a long illness. Virginia, known to all as Ginny, was born in Woodmere, Long Island and moved to the Jersey Shore at a young age. She lived in Pt. Pleasant and Avon before settling into Neptune. She attended Avon Grammar School and went on to attend Asbury Park High School. Virginia was a very active member of the Neptune Township Little League and was the first woman coach for Neptune. She also coached Neptune Girls Softball for many years. She was an avid bowler and bowled in numerous leagues. She was a sun worshipper and could be found every summer day at the Avon Beach and in later years at the Ocean Township Pool. Virginia worked for many years as a Retail Merchandiser and Cashier for Two Guys and Toys R Us, she was your friendly Avon Girl and did numerous odd jobs throughout the years. She had an extreme love of all animals, especially dogs and loved to volunteer at the Monmouth County SPCA.

Virginia was predeceased by her Father, Raymond Davies, her Mother, Marjorie Warren and her first husband, Thomas F. Gifford. Left to cherish her memory are her son, Richard Gifford of Florida, son and daughter in-law, Jeffrey and Elizabeth Gifford of Hilliard, Ohio and devoted daughter, caregiver and companion, Marjorie Gifford of Neptune and her fiancé, Kevin Rutter of Hanover, PA. Virginia is also survived by her two grandchildren, Harley and Alixandria, her two fur children Brandie and Remmie and numerous lifelong friends.

Funeral services are being held privately. If you wish to honor her memory, you may make a donation in her name to the Monmouth County SPCA.


To plant trees in memory, please visit our Sympathy Store.
Published by Asbury Park Press on Jun. 15, 2016.
MEMORIAL EVENTS
No memorial events are currently scheduled.
To offer your sympathy during this difficult time, you can now have memorial trees planted in a National Forest in memory of your loved one.
MAKE A DONATION
MEMORIES & CONDOLENCES
1 Entry
Just Playing Games at the house. Softball in the back yard. Ginny always saying use the hips. Keep the feet still. She will be missed dearly. Thank You for the fun.
Peach
June 15, 2016
Showing 1 - 1 of 1 results