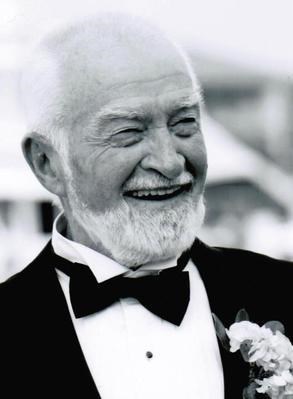 William Jungerman of Red Bank, formerly of Fair Haven, received his wings on July 9, 2015. Bill's entire life was filled with caring of others. He cared for, touched and changed the lives of all who knew him. His early years as a priest were followed by his family and marriage counseling practice. Bill and his loving wife, Karen, devoted many years of selfless service with the Mercy Corp. caring for those less fortunate. His need to continue helping others was apparent through his work with "Dottie's House", "Turning Lives" and as a liaison with local abuse services. Bill had a love for the game of tennis, most often playing at the early hours of the day followed by his working at the desk answering phones, scheduling and doing paperwork. Bill will be truly missed by all who knew, loved and admired his true love of life and life of love.

Bill was predeceased by his mother, Mary, father, William, sister, Joan, and wife, Karen. He is survived by a sister, Marie, daughters, Julie Jungerman and Kim Conley and her husband Joseph and Robert Schneider, Jr. and his wife, Patti. Bill is also survived by three grandchildren, Joseph Conley, Jr. and his wife Sarah, Cassie Conley-Unterman and her husband Jason and John Schneider. Bill also had the gift of two great-grandchildren, Hanna and Lucy Unterman.

The family will receive friends at the Thompson Memorial Home, 310 Broad Street, Red Bank, on Sunday, July 12th from 12 to 3 p.m. In lieu of flowers, contributions can be made to the charity of choice.


Published by Asbury Park Press on Jul. 11, 2015.
To plant trees in memory, please visit the Sympathy Store.
MEMORIAL EVENTS
To offer your sympathy during this difficult time, you can now have memorial trees planted in a National Forest in memory of your loved one.
Funeral services provided by:
Thompson Memorial Home - Red Bank
MAKE A DONATION
Please consider a donation as requested by the family.
MEMORIES & CONDOLENCES
9 Entries
I,too, was one of Bill's altar boys at Sacred Heart. I remember him as a role model, well loved by the parishoners, young and old alike. My prayers are with his family. May he rest in peace.

Jim Bates, Toms River, NJ
July 19, 2015
The most special person to come into my life. Bill has given me, as well so many others, his time, consideration, friendship and love. I am thankful to have been blessed with his friendship and will miss talking with him.
Dianne Lungaru
July 13, 2015
The most unique person I've ever known is gone.but what a beautiful life. I truly loved bill, and am grateful for his friendship, support, and love.How lucky to have been a part of he and Karen's life so many years. Our heartfelt condolences to his terrific family.
Joanne &Bob Compton
July 12, 2015
Bill got me through a very difficult time with a divorce And teenagers.i will always be grateful for his advice and insight thank you
Pat Dunphy
July 12, 2015
To the Family of Bill Jungerman.......We were SO BLESSED to have known Bill, as a mentor, & a FRIEND! He was the most loving, caring man to ALL people. He was truly an 'angel on this Earth', & now, in Heaven. There will ALWAYS be a special place in our hearts for him. We know we will see him again one day! God bless each of you in this time of loss. Take comfort in knowing he & Karen are together again.
Jo Ann & Jim Quintana-Chilakos
July 12, 2015
I am sorry for your pain and sorrow. I knew Father Jungerman over 50 years ago. I was his altar boy at Overbrook Hospital in Verona N.J. He was always a warm and guiding light for me! Jim Dougherty
July 12, 2015
Remembering Bill our neighbor as always warm, friendly and cheerful. We are sad to hear if his passing but saw how he lived a rich life. RIP Bill. Our condolences to his family. Bob & Denise Cecere
Bob Cecere Jr.
July 11, 2015
what a great people person he was. he taught brother dennis and I to be alter boys at sacred heart he was very close with are family to his end. bud dennis grace sciallil
July 11, 2015
Thank you for always being so caring, loving, generous and giving. I love you and feel blessed to have had many beautiful memories because of you. Prayers for the family and now u r again with your beautiful wife. U will be missed
Esther Colando
July 11, 2015
Showing 1 - 9 of 9 results