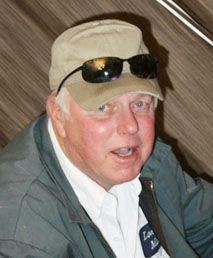 BORN
1948
DIED
2017
FUNERAL HOME
Fellows, Helfenbein & Newnam Funeral Home
130 Speer Road
Chestertown, MD 21620
ROCK HALL - Alan David "Mort" Deckelman Sr. of Rock Hall died on Tuesday, Jan. 3, 2017 at MedStar Union Memorial Hospital in Baltimore. He was 68.
Born on Feb. 11, 1948 in Baltimore County, he was the son of the late John Franklin Deckelman Jr. and Stella Ziemba Deckelman. He graduated from Kenwood High School and served in the United States Air Force Reserves. Mort went to work for C.J. Langenfelders in Baltimore in order to save enough to begin his own business, Deckelman's Pile Driving.
In 1973, he married Maria Charlotte Theresa Gostom-ski, who predeceased him on July 24, 2007. Mort and his wife moved to Rock Hall in 1982, when they purchased and rebuilt Long Cove Marina, while operating the pile driving business.
Mort enjoyed participating in and watching workboat racing at a younger age and boat docking contests. He also enjoyed antique cars and working on trucks. He held his captain's license and was a longtime member of the Maryland Waterman's Association.
He is survived by two sons, Alan Deckelman Jr. and his wife Ashley of Rock Hall and William "Bill" Deckelman and his fiancÃ©e Betsy of Rock Hall; his companion of eight years, Gale Bless, and her daughter, Bonnie; and three grandchildren, Molly, Lauren and Alan III.
A visitation will be held from 2 to 4 p.m. and 6 to 8 p.m. Saturday, Jan. 7, at Fellows, Helfenbein & Newnam Funeral Home, Chestertown. Services will be held at 1 p.m. Sunday, Jan. 8, at the funeral home, where relatives and friends may call one hour prior (noon to 1 p.m.) A reception will be held at the Rock Hall firehouse following the service.
In lieu of flowers, contributions may be made to the Kent County Waterman's Association, 21229 Rock Hall Ave., Rock Hall, MD 21661.
Online condolences may be sent to the family at www.fhn funeralhome.com.