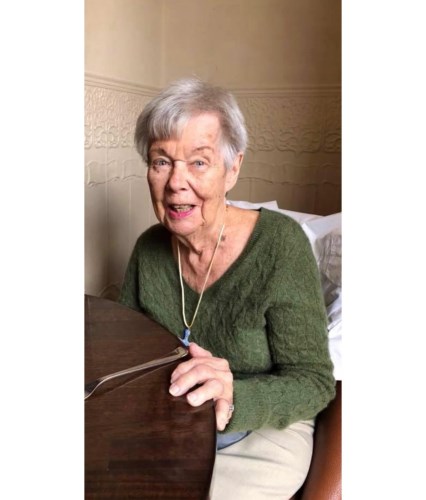 She was born in Medford, Massachusetts on March 16, 1929 the daughter of the late Michael and Mary McCormick Le Mee. She attended Catholic Schools and graduated from Marymount University, earning a Bachelor of Science Degree. She married in 1956 to Walter Franklin Harriman, Sr., he predeceased her in January of 2003.

Mrs. Harriman was a consummate volunteer, giving of her time to her church, the community food pantry, and Kent County Public School System. She was a member of St. Paul's Episcopal Church in Chestertown where she had served on the alter guild.

She had an adventurous spirit and enjoyed scuba diving, traveling, riding the motorcycle, hang gliding, and her birds and cats.

A service will be held at St. Paul's Episcopal Church at a later date to be announced.