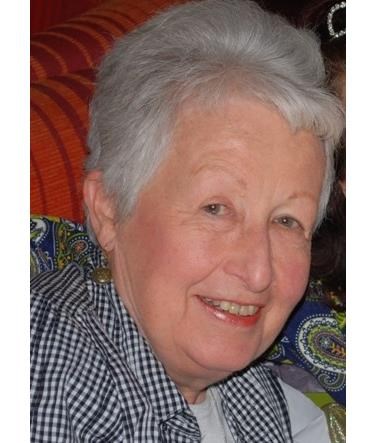 Mrs. McCurdy was born on August 18, 1934, in Yarmouth, Nova Scotia to the late Charles E. Crosby and Muriel Corning Crosby. She attended Queen Elizabeth High School in Halifax, Nova Scotia and graduated with the class of 1952. She then continued her education at Dalhousie University, receiving her bachelor's degree in 1955.

Mrs. McCurdy began working at the Dalhousie University College as a scientific illustrator in the botany department. On June 23, 1956, she married David Harold McCurdy and resided in Toronto. In 1959, she and her husband moved to Bel Air, Maryland where she worked for a local dentist until moving to Wilmington, Delaware.

After her husband retired in 1988, they moved to Little River, South Carolina, where she began working for Golf and Tennis World doing inventory control. In 1989, She opened My Fair Lady, a women's resort wear retail store, located in Pawley's Island, South Carolina. In 1994, she and her husband moved to Chestertown, Maryland where she became a member of the Chestertown Art League. In 2002 she moved to Easton, joining the Dorchester Art League, the Arts Advisor Committee at Chesapeake College, and the Academy Art Museum. Finally, in 2012 she moved to Gardens of Annapolis.

Mrs. McCurdy will be remembered for her biting wit and good sense of humor. She liked to travel extensively and was an avid reader and member of many book clubs.

She is predeceased by her husband, Dave McCurdy (2001) and her brother-in-law, Gerald McCurdy.

She is survived by her two children Sharon J. Eldred (Kareem) and Scott C. McCurdy (Heidi).